"Dirty gem"
The French beacons of light: Claire Denis lets her visceral and rebellious genius shine through again in this loose adaptation of Roland Barthes's essays, but not without Juliette Binoche's dazzling light - on Mubi on Monday, December 23rd

Tentatively exploring the sheer visceral power of cinema and its unique ability to overpower an audience through visuals, a new Clare Denis will forever be a notable occasion. Unwavering in its devotion towards Juliette Binoche as Isabelle, an influx Parisian painter, Let the Sunshine In across its long winding takes induces one into a tentative emotional state, resulting in a final few moments that hit a truly sensitive resonance.

Loosely based on the collection of essays A Lover’s Discourse by the seminal French philosopher Roland Barthes – an adaptation which Denis has frivolously denied – the film is a series of Isabelle’s failures to capture Cupid’s love arrows. Introduced whilst engaging in sex with the brutish business man Vincent (Xavier Beauvios), the end result of their earthly pleasures is whipped up for comical affect. Choosing to get the whole thing over and done with before she comes, Isabelle simultaneously does not bow to any man’s forthright masculinity, yet liberally searches to a lover who is not married, as Vincent is. 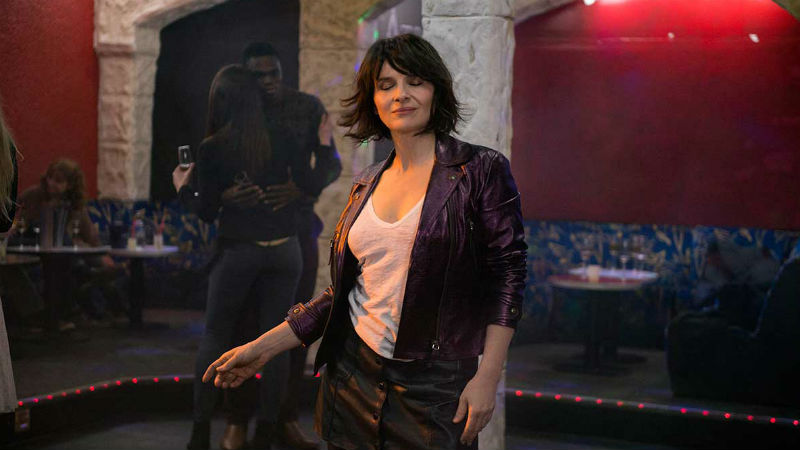 Capturing the vibrant qualities of life in this interaction, Denis enables her latest feature to progress in this comedic tone throughout. Merged with the precarious affections Binoche’s character searches for, the narrative substance enhances is verisimilitude. Absent of any implicit analytical indulgence from Barthes, Let the Sunshine In is profoundly stirring.

Striking the fine balance between joyous experience of life and an overwhelmingly crippling pain of heartbreak, Binoche is in riveting form here. Akin to a light switch, she can fluctuate in scenes from sorrow to join and back again. Projecting her character’s inner distress in such a manner absorbs one beyond the confides of the 1.66:1 aspect ratio. Flourishing in the role underlines that an actor’s abilities are not solely dependent upon their youthful charm, evidently a notion held dear by the grotesque Harvey Weinstein and corporate suits in the film world. Exhibiting her craft in a masterful light, without her brilliance, Denis and Christine Angot’s script would cease to flourish so brightly.

The loose nature of the narrative clearly reflects the quasi-adaptation from Barthes’ collection. Pieced together with the numerous sexual and intimate moments, Isabelle experiences with other men, all in the quest to find some tangible form of love, could be a humdrum story in the hands of a lesser director. Binoche is the main driving force for sustaining an emotional connection, still, the script allows itself to never be taken too seriously- epitomised when Isabelle and her friends take a weekend retreat to the countryside. 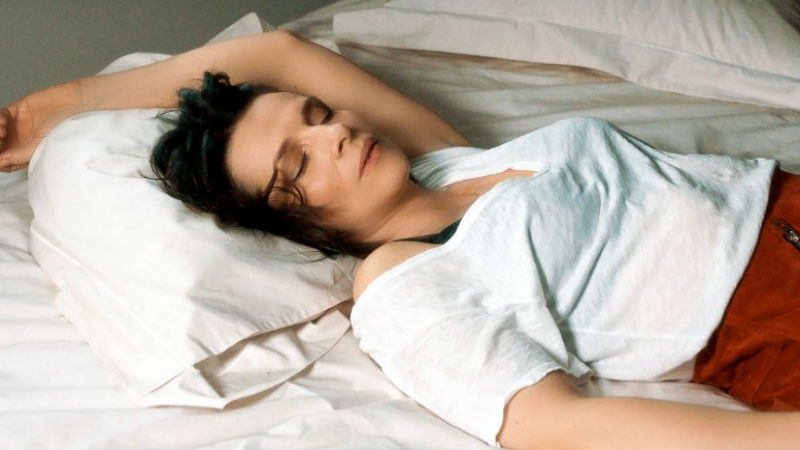 Accompanying the complexity of her pursuit for love, social implications lay in pursing such means to an end. Again, away from the hands of Denis and Binoche, these class substructures would come crashing to the forefront, thus overriding the central theme. Deployed with a delicacy that does not loudly state its presence in the script, the bullish Vincent declares Isabelle’s brilliance, whilst proclaiming his wife as ‘extraordinary’. Implicit of the bourgeoisie’s attitude towards those not of their social standing, in the lexical choice and deliverance by actor Beauvios, a patriarchal and systematic hierarchy explains the rationale behind Vincent’s inability to leave his wife for Isabelle.

Finishing on a flowing sequence with Gérard Depardieu’s relationship adviser discussing the pitfalls of romance, Denis’s merging of end credits and final scenes leaves one astounded at the intricacies Let the Sunshine In builds thoughtfully and slowly throughout its running time.

Three's a crowd: three flashbacks explore a man's memories, particularly the love of his life. In cinemas from Friday 16th March [Read More...]

L'amour goes black and white: Philippe Garrel's latest drama is a monochrome piece of artistry about two women of the same age and the nature of love - now on MUBI [Read More...]