"Dirty gem"
Be careful not to sink! Coming-of-age tale set in rural Latvia tackles the issues of economic emigration, the ruthlessness of free market, abandonment and emergent sexuality - streaming now with DMovies

Renārs Vimba’s debut feature, Mellow Mud, started life in 2011 as his final project at the Latvian Academy of Culture. In the film, screenwriter and director Vimba takes us to Kaunata village in rural Latvia, where he spins an adolescent girl’s coming-of-age story against the subtle backdrop of Eastern European economic emigration.

The film initially sets the scene by introducing us to Raya (Elīna Vaska) and Robis (Andžejs Jānis Lilientāls), two children whose father has recently passed away and whose estranged mother moved to London in search of better financial fortunes. They are currently living with sharp-tongued paternal grandmother Olga (Ruta Birgere) on her small apple tree estate, where a social worker occasionally drops by to keep an eye on things. Early on, Olga has a night-time cardiac arrest, but instead of informing the village, Raya buries her grandmother among the trees and keeps things under wraps. With the help of Olga’s pension, Raya gains enough independence to explore her maternal abandonment anguish through the familiar tropes of wearisome wandering, minor law-breaking and emergent sexuality. 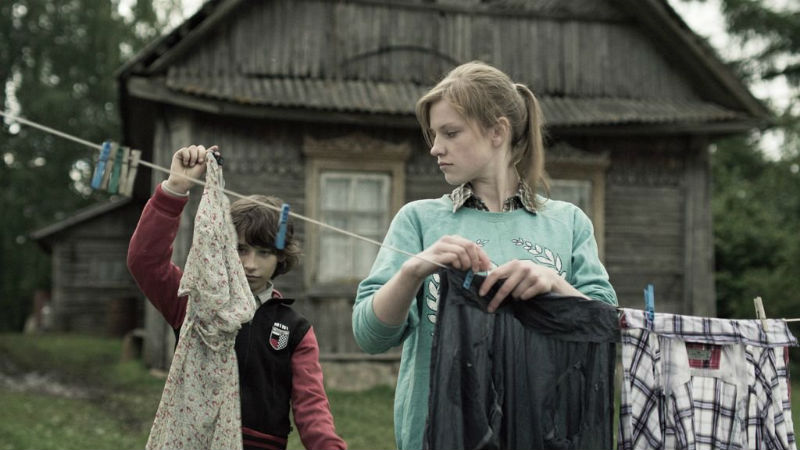 The plot has a few gaps a tendency to brush over the inexplicable holes that it creates. At times, it feels as if the film might be taking place as Raya’s teenage fantasy, although the conclusion is too sombre for this to be the case. Nonetheless, Vaska’s performance as the protagonist is a real highlight and one of understated perfection. She consistently conveys adolescent ennui in all its confused glory, with an insolent flick of her hood or through her playfully naive mendacity.

The rural setting is also refreshing, both in its gorgeous autumnal tones and as a canvas to explore the mixed fortunes of post-communist transition in the former Eastern Bloc. Young people have no future in Kaunata and leave for the Latvian capital. Conversely, the only character from Riga appears to have come to the countryside to manipulate its trusting community. The film’s most pertinent thread examines the ruthlessness of a free market that tears parents away from children left behind in the East. This is best portrayed in Raya’s climactic trip to her mother’s apartment in London, where rural intimacy is discarded for unfulfilled urban estrangement. However, I couldn’t escape the feeling that this theme was dissected with greater incision in another recent Eastern European debut, Piotr Domalewski’s Silent Night (2017). 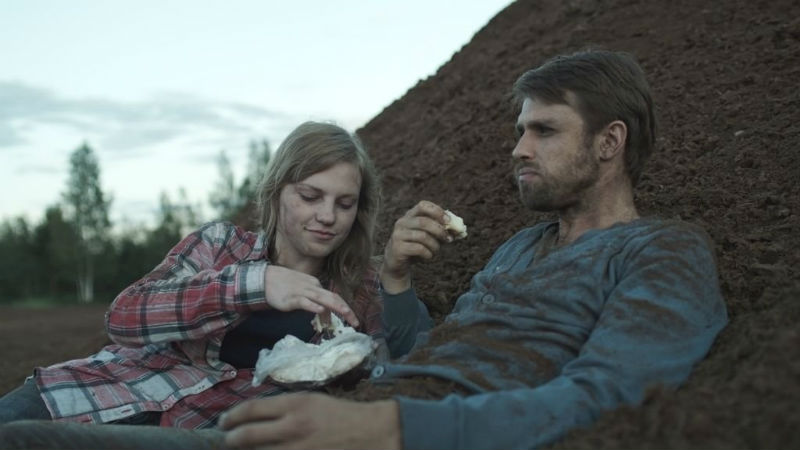 Mellow Mud is abundant in worthwhile ideas that its promising female lead carries out to varying degrees of narrative success. The rural cinematic landscape has a tendency to be dominated by male characters (e.g. God’s Own Country, dir. Francis Lee, 2017) and the focus on Raya’s story is commendable, if not always believable. This is a solid debut and with some fine-tuning on future scripts, Vimba will definitely be one to watch.

Broken parents, broken children? The challenge of bringing up children when you came from a dysfunctional background yourself - on VoD in April! [Read More...]