Professor Philip Goodman (Andy Nyman) is a sceptic who hosts a TV show named Psychic Cheats. Any paranormal activity can be explained away, as he demonstrates time and time again to his studio audience. But then, out of the blue, he receives a strange package containing an audio cassette recorded by his former mentor Charles Cameron who mysteriously disappeared some years ago. The latter’s rationalist world view was profoundly shaken after he encountered three paranormal episodes he couldn’t explain away, so he points the former in their direction. 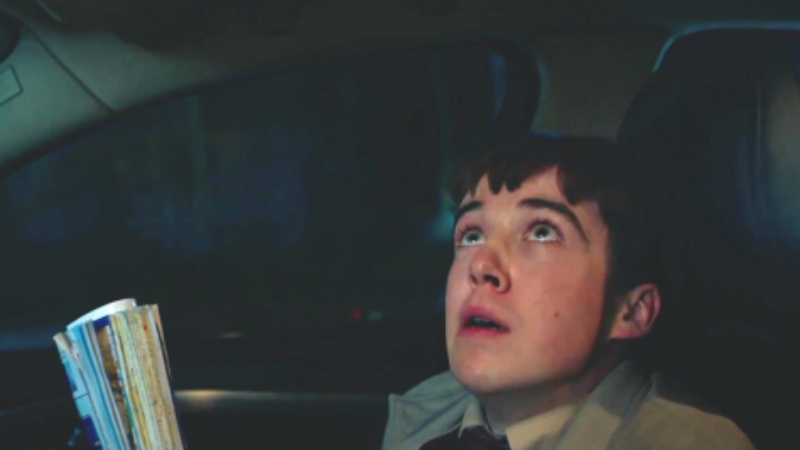 Thus the good professor sets off in pursuit of three separate ghost stories, convinced he’ll be able to debunk them. But each of the three episodes defies explanation outside of the paranormal. In the first, night watchman Tony Matthews (Paul Whitehouse) of a supposedly unoccupied warehouse comes up against an unearthly presence. In the second, young man Simon Rifkind (rising star Alex Lawther) has some unnerving experiences in his car in a forest in the middle of the night. In the third, city trader Mike Priddle (Martin Freeman) experiences the terrors of becoming a father. And then there are matters relating to Philip Goodman himself and an enigmatic, hooded figure…

This movie began life as a theatre play inspired by writers Dyson and Nyman’s love of portmanteau horror movies, three men on stools telling scary stories to a live audience. It proved a huge hit so the offers to film it rolled in. The writer-director duo had other ideas, however, and have made it themselves, retaining a down-at-heel British sensibility to the proceedings. More impressively, while the original worked on the stage, the pair have taken their material, stripped it down to its essentials then rebuilt everything from scratch for the moving picture medium. 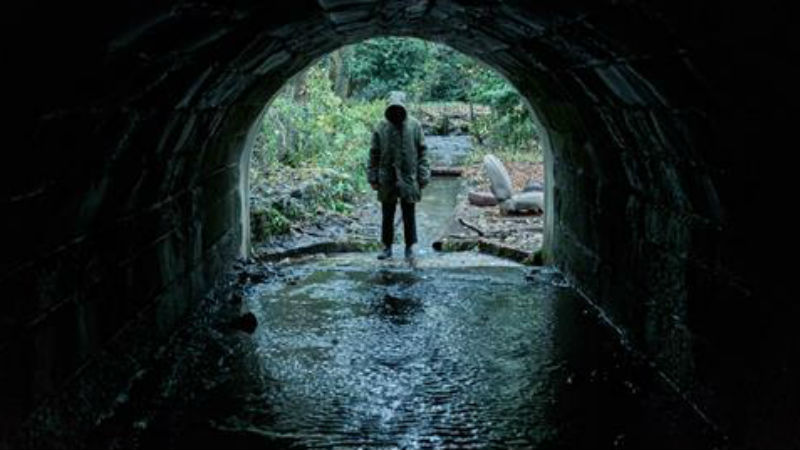 Adaptation can so easily be a recipe for disaster. Your scribe has lost count of the number of movies he’s seen adapted from great plays or books which fall flat in screen adaptation because they’re exactly that: filmed books or filmed theatre. Happily, Ghost Stories avoids that common pitfall to prove highly effective as a cinematic outing. Parts of it will creep you out even as it delivers its fair share of effective shocks and surprises. In short, it does everything it claims on the tin. The casting is spot on and you’ll find yourself completely caught up in the three stories and the elements that link them together. Don’t miss.

Ghost Stories is out in the UK on Friday, April 6th. It’s on all major VoD platforms on Monday, August 20th.

Edgar Allen Poe, psychological terror, plus a touch of supernatural and comedy. These three, very different horror/suspense shorts Lock In, Bricks and Ghosted, all scripted by Jamie Russell and directed by Neville Pierce, are dirtylicious delights - out on Vimeo from Monday 5th Feb [Read More...]