The Island and the Whales

In 2011, Mike Day made his directorial debut with The Guga Hunters of Ness, a documentary that followed the gannet hunters of the Scottish Outer Hebrides and allowed viewers a glimpse into a secretive island tradition that hadn’t been filmed for 50 years. For his follow-up film The Island and The Whales, Day headed a further 330km north to another windswept island community – the Faroe Islands – and spent five years documenting the islanders’ local whaling tradition.

The Islands And The Whales focuses on the Faroese tradition of hunting pilot whales that swim near the islands, an event known as “the grind”. As soon as pilot whales are spotted, a team of fishermen sail out and nudge the whales towards the island shore. On the shore, the whales are met by local men and boys, who effortlessly kill them with spinal-cord lances. The slaughtered whales are divided among the community, for whom whale blubber is considered an essential part of the diet. Interestingly, the grind plays no commercial purpose – it’s simply an exercise in communal bonding, as old as the first Faroese islanders. 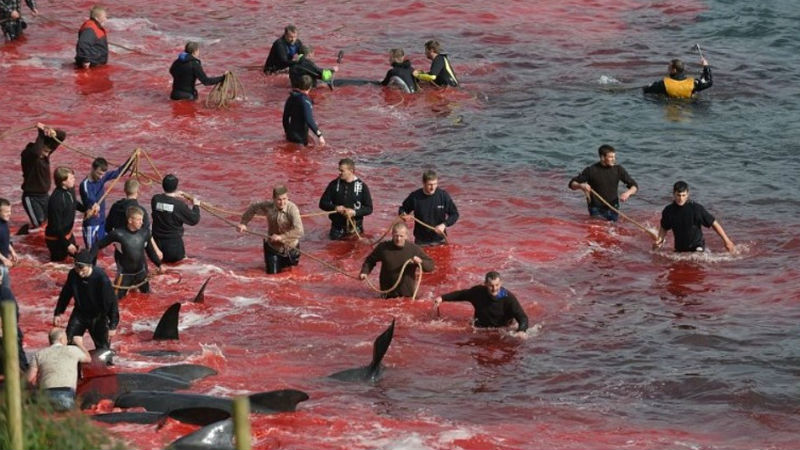 However, upholding tradition comes with its pitfalls. Images of fisherman striding dead whales in red waters don’t make for excellent global publicity. More worryingly, the chief Faroese public health doctor, Pál Weihe, has been involved in long-term research indicating that pilot whale blubber carries high levels of mercury. This mercury ends up in human bodies when blubber is consumed and has been linked with developmental issues and Parkinson’s disease. Day’s documentary sets out to examine these public health concerns against the Faroe Island’s landscape backdrop of sheer rugged beauty.

The film quickly unfolds into a fascinating study of the ebb of tradition versus the flow of modernity. The insular history of the Faroe Islands has led to a multitude of traditions, from the centuries-old grind to the mystical belief in elven huldufólk, first developed by early Nordic settlers. Most importantly, these traditions have enabled the tight community that Day so expertly presents in the film. Traditional dress, local festivals and religious singing bring entire towns together. Although many Faroese acknowledge the grind’s public health and ethical issues, community forms an essential part of their identity. Thus, an attack on the grind is an attack on who the islanders are. When Pamela Anderson arrives with a gang of Sea Shepherds, it’s easy enough to empathise with the man who claims that they’re cultural imperialists. 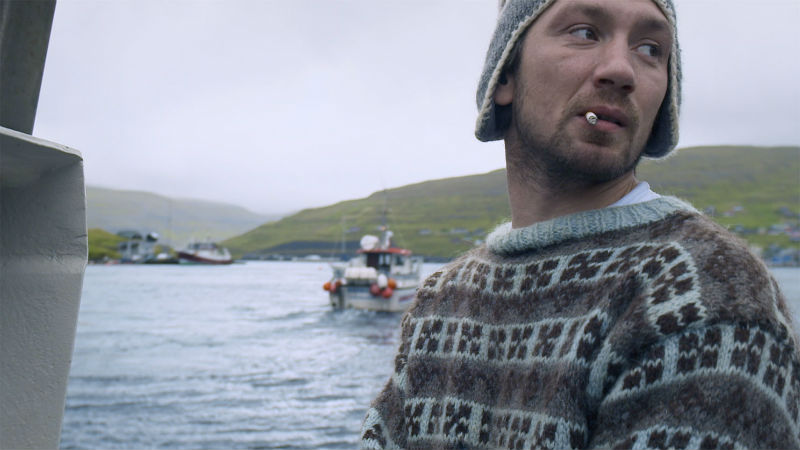 Of course, the signs of modern society are increasingly prevalent as Day’s camera surveys the Faroe Islands’ vast Viking plains. One elderly islander can still remember the days when there were few roads and no electricity. On the other hand, the younger generation of Faroese go fishing by day and attend hip electropop concerts by night. Once, the incoming grind was announced to the community by shouting house-to-house. Now, everyone jumps on their smartphones at the smallest utterance of a pilot whale. The spectre of globalisation may be a familiar foe, yet the The Islands And The Whales brings a fresh perspective by placing its simultaneous appeal and contradictions in a largely under-explored setting.

The documentary is at its best when Day observes the casual chit-chat between Faroese friends and family. One of the prominent figures in the film – a fisherman and seabird hunter with a big appetite for whale blubber – regularly discusses the grind with his wife. His wife is a nurse who is working on the mercury study, yet is still able to rationalise feeding blubber to her two toddler daughters and newborn baby. One of the most likeable characters is a younger fisherman who we see out on his boat and packaging his fish and blubber hauls. His everyday musings reveal a complex consideration of the pros and the cons of the grind, as well as a tenderness for animals. If the world outside of the islands thinks that its townspeople are brutal heathens, these fly-on-the-wall moments suggest quite the opposite: the Faroese have a considered and constant engagement with the grind controversy.

Day has crafted a fantastic documentary that informs a broad audience about a genuinely interesting issue without being one-sided or judgemental. The topic of the documentary may appear niche, but ultimately The Islands And The Whales is about more than the grind; it’s about the searing rumble of globalisation across a traditional community. It feels particularly relevant in our increasingly insular times.

The Island and the Whales is out in cinemas across the UK on Thursday, March 29th.

Breaking ranks on the wings of an eagle: the tribal girl who challenged social conventions through one of the most unlikely crafts - out in cinemas now [Read More...]

Have you ever been emotionally snowblind? Drama set in the icy vastness of the tundra relies on sparse verbal communication and jaw-dropping visuals in order to convey a profound sense of isolation and impending death - live from the Berlinale [Read More...]