"Greasy movie"
Two Korean-American shop runners befriend a Black girl during the 1992 Los Angeles riots, in a film with strong echoes of Spike Lee's Do The Right Thing - on DVD and all major VoD platforms on April 9th

Telling a story against the backdrop of wider significant events is a great way to automatically inject a sense of foreboding into a film, as the viewer can assume a lot of context simply from the date and the location. This is especially true of Gook, which relies on April 29th, 1992, the day of the Rodney King trial, to do a lot of the heavy lifting before any key events have occurred in the movie. The date is even emblazoned in big bold letters just so we don’t miss it.

As the USA is insane, the cops who beat Rodney King up got off scot-free, triggering city-wide riots in Los Angeles that led to 60 people being killed. By putting his protagonists in the midst of such events, we can already tell where Justin Chon’s movie will lead. This is both its strength and its weakness. While having many interesting things to say about race in America, the plot is almost painfully predictable. 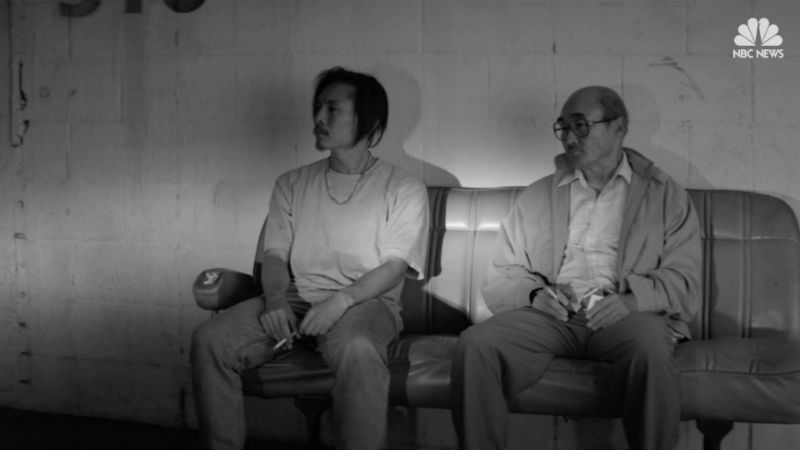 Thankfully Gook mostly works due to the sharpness of its characterisation. It focuses on two Korean-American brothers, Eli (Justin Chon) and Daniel (David So), who run a shoe shop in LA bequeathed to them by their late father. Eli is the stressed-out one, relying on a good sales day to make the next rent payment. Daniel is far more dreamy, giving shoes away to prospective customers in the hope of getting laid, and trying to make it as an RnB singer in his spare time. Together they have to have a good day in the store if they are going to pay their bills on time.

Like the Italian pizzeria in Do The Right Thing (Spike Lee, 1989), the shoe shop is in the midst of an African-American neighbourhood. Kamilla (Simone Baker), an 11-year-old black girl, is a regular, playing truant from school in order to work with the guys. The film adopts a black-and-white aesthetic and a day-in-the-life narrative reminiscent of Kevin Smith’s Clerks (1994), instantly transporting us back to the slacker vibe of 1990s independent cinema. This is reflected in the easygoing spirit of the film’s earlier scenes, content to see these characters hanging out and relating on a human level. But this idyll can only last for so long as the riots threaten to spread across the whole city, and elements of Eli’s past threaten to repeat themselves.

Gook is a great example of how to make a low-budget film feel bigger. We feel that the riots are near but we never directly see them, instead being shown plumes of smoke towering into the sky far away. When violence does arrive in the form of brutal beatdowns, the camera keeps a tight focus, giving one the impression of more people existing outside of the frame. 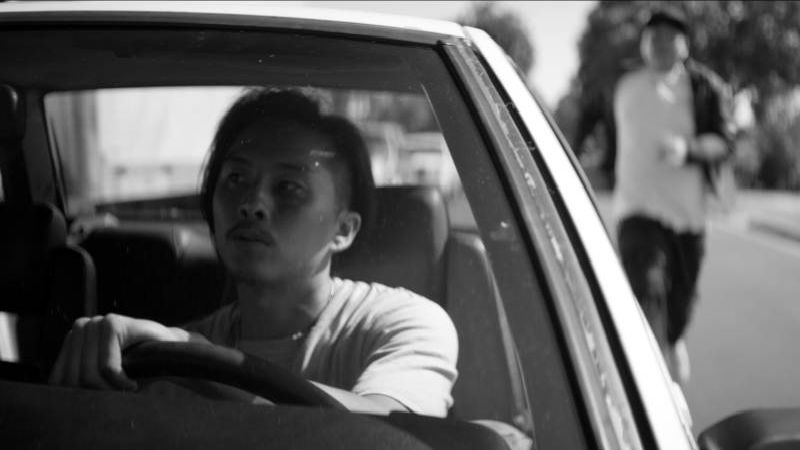 The early 1990s will be remembered as the time capitalism beat communism then almost immediately turned in on itself. LA was the boiling point, eventually spilling over into the Rodney King Riots. They have been covered in some detail in the past couple of years, most notably in the majestic O.J: Made In America (Ezra Edelman, 2016) and Spike Lee’s Netflix special Rodney King (2017), but Gook stays relevant by the way it looks at the relationship between Korean Americans and African Americans at the time. Although unmentioned in the film, another key cause of the riots was the murder of 15-year-old Latasha Harlins, shot in the back of the head by a Korean store owner (something eerily paralleled by scenes of Kamilla bickering with an old Korean immigrant working at a shop across the street). Neither African-Americans or Koreans are let off lightly here, director Justin Chon aiming a judgemental yet still empathetic eye at all-comers.

Nevertheless, while the film borrows heavily from Do The Right Thing in both its construction and moral ambiguity, it lacks its righteous energy, resorting to weak storytelling clichés that rarely surprise and hit you in the gut. It doesn’t really subvert or comment upon its own flimsy construct to become a truly compelling movie; eventually flattening initially exciting characters to basic plot points. Promising something raw and honest about race in America, a necessary firebomb in the time of white supremacist Trump, Gook sadly flames out when it should just be getting started.

Gook was out in cinemas across the UK on Friday, March 16th. Out on DVD and all major VoD platforms on April 9th.

The angry cry of the unheard: doc gives a voice to the Ferguson rioters, revealing the inconvenient truths omitted by television - right now from the Sundance Film Festival [Read More...]