"Greasy movie"
The forbidden fruit from the Balkans! First Kosovan film to display a graphic gay sex scene deals with a diehard taboo, and sadly "one of the few things capable of uniting Albanians and Serbians" - the movie was sold-out for two weeks in Prishtina, and is now show and the Cambridge Film Festival

Set in present-day Prishtina (the capital of Kosovo), The Marriage is the story of an impossible love. Anita (Adriana Matoshi) and Bekim (Alban Ukaj) are adding the final touches to their wedding. Their preparations are almost complete and they will tie the knot in just two weeks. Anita has been living with the trauma of her missing parents during the Kosovo War of 1999, while Bekim is very much an established man in the city. In the course of their wedding-planning, Bekim’s secret ex-lover from the past, Nol (Genc Salihu), returns from France. His return changes course of events and establishes a new connection between characters.

First, Bekim and Nol recreate their love and desire for each other, while Anita embraces the “friendship” between the two men, constructed under heteronormative and traditional beliefs. Nol uses his time in Prishtina to make his way back into Bekim’s life, reassuring him that his love remains as strong as in the past. 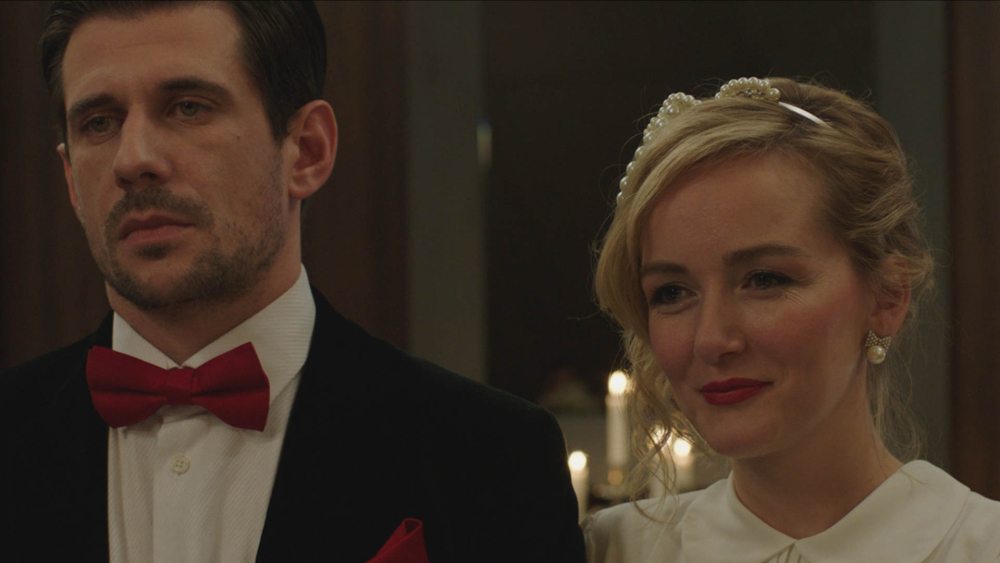 Bekim and Nol began their relationship during the Kosovo War, as they took shelter with Bekim’s family. They face oppression on two levels: the Serbian terror against ethnic Albanians, and the widespread homophobia. The film states: if there’s one thing capable of uniting Albanians and Serbians, that’s hate for gay people. Bekim and Nol lie next to each other in a central moment of the film, during the War. Nearly two decades later, they reunite just before Bekim’s wedding, in a passionate lovemaking scene, the first of its kind in the history of Kosovo cinema.

Forbidden love is a source of great pain. And being a gay man in Kosovo is no easy ride. Nol is brutally beaten by a group of men, supposedly after a hook-up, and Bekim refuses to hire out his bar for an LGBT event, in two fine examples of different ways how homophobia manifests itself in the young nation of the Balkans. This is not a filmic shortcoming, but instead a actual reflection of attitudes towards homosexuality in Kosovo. 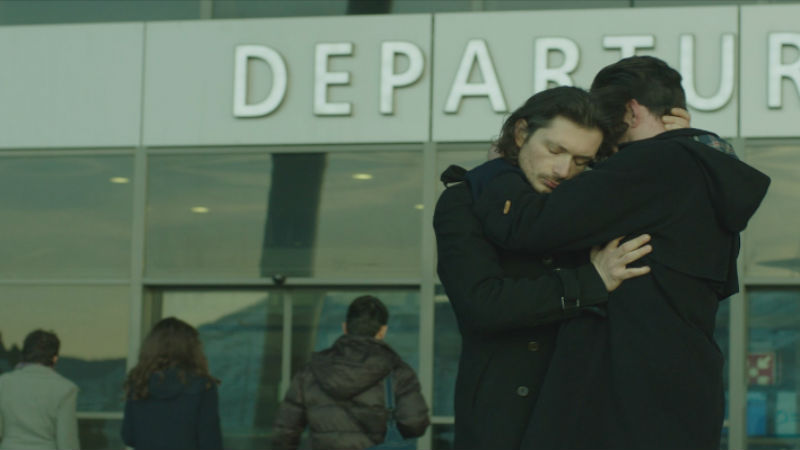 The movie also highlights the strict gender roles and hegemonic models everyone in Kosovo is subjected to, not just gay men. Bekim (Alban Ukaj) is determined to marry Anita. He’s an oppressed gay man unable to accept his sexuality as an identity, and instead chooses to internalise homophobia. The film neither rises above these phenomena nor offers any real solutions. Veteran Adriana Matoshi delivers an outstanding performance. She conveys the notion of female sacrifice extremely well. Genc Salihu makes a brilliant debut as Nol.

The Marriage is a dirty and thought-provoking movie, directed by a woman. Perhaps it’s not a militant LGBT movie, as many activists would like to see, but indeed it succeeds to raise awareness and stir debate around a diehard taboo. It showed in Kosovo last months to sold-out screening for two weeks. It’s has featured on various film events, and showing at Roze Filmdagen Amsterdam LGBT Film Festival, on March 10th. It premires in the UK as part of the Cambridge Film Festival taking place between October 25th and November 1st.