"Greasy movie"
Even Brazilian jocks get the blues! Rubens has the town eating out of his hand as a popular swimming instructor. But when an accusation of misdemeanour arises, will it spell the end of Rubens career? Film inundated with the colour of water shows at the Glasgow Film Festival

This Brazilian film is high on morality, but low on originality. The boundaries of a teacher-student relationship is a topic that has been filmed throughout Hollywood in high blown spectacles such as Doubt (John Patrick Shanley 2008) and lowbrow indie drama such as The Chorus (Christophe Barratier 2004), to name just a few. What Lucas Paraizo’s script lacks in originality is made up for in Azul Serra’s cinematography.

Visually, this is a very arresting film. Serra highlights the greys and blues a swimming pool inhabits (incidentally, his name means “blue mountain range” in Portuguese), bringing lighter palettes during the film’s success (brimming with children and happiness), darkening the décor and light during Rubens darker moments of self-reflection. Accused of kissing an eight-year-old by an irate parent, Rubens is aware this accusation may not only ruin his career, but also his life. 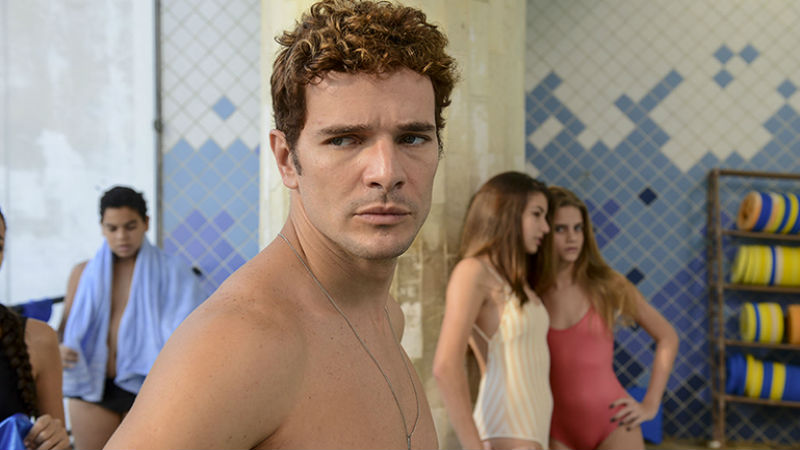 Oliveira is a commanding lead, devastatingly handsome, effortlessly charming and convincing of bringing the right level of nuance to the hard-hitting moments. Supporting actors Luisa Arraes, Gustavo Falcão and Luiz Felipe Mello are all solid as supporting characters, leading the audiences to suspect, doubt, question Rubens in a film that offers few answers.

Surprisingly, for a film that treats its audience with such intelligence, it’s tame in its display. The cordiality of male teacher and student is one that resonates worldwide, whether connecting to those in Catholic Ireland (the sexual abuse cases) or those watching the legions of actresses making a stand at the Oscars in support of #MeToo. Liquid Truth is simply too tame at points. For a film with such a hard-hitting theme, it simply hints at dramas and the consequences of actions. It sometimes a little too fey and passé for a film that has a Scottish release in 2018. 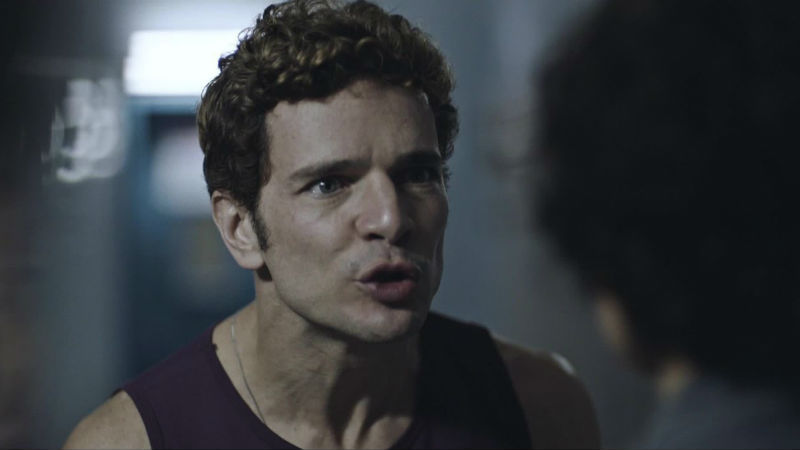 But film is primarily a visual medium and Carolina Jabor is an accomplished stylist. Silhoeuttes of Rubens by the pool evokes the magnetism of sixties icons Brando and McQueen, the leit motifs of women showering display the harsher effects of a tidal rain and there is a nice contrast of light and shade coming from the dirtier décor and luminous pools (for reference, its visually reminiscent of the excellent eighties thriller Manhunter). It’s an engrossing piece of visual cinema, hampered by a script that, at times, is undeserving of such cinematic measures.

Liquid Truth is showing at the Glasgow International Film Festival.