"Dirty gem"
Because I'm bloody worth it! French film about a woman in her 50s experiencing menopause is unabashed in its physical frankness and very moving in its representation of femininity - now available on VoD

When it comes to prominent leading women, French actors may well be on the tip of your tongue. Both Juliette Binoche and Julie Delpy have had long, critically-acclaimed, international careers, and the wonderful Isabelle Huppert continues to make stunningly subversive films at the ripe old age of 64. Director Blandine Lenoir’s debut feature-length Zouzou (2014) attempted to tackle 60-year-old women’s sexuality to mixed-reception. Her follow-up, I Got Life!, covers similar ground with a small twist: it’s unabashedly focused on the menopause.

I Got Life! tells the story of Aurore (Agnès Jaoui), a woman in her 50s who has recently separated from long-term husband Nanar (Philippe Rebbot). Her younger daughter Lulu (Lou Roy-Lecollinet) still lives at home with her brilliantly deadpan (and deadbeat) musician boyfriend, while her older daughter Marina (Sarah Suco) has just delivered the news that Aurore will soon become a grandmother. Meanwhile, an old flame, Titoche (Thibault de Montalembert), has moved back to the provincial town where the protagonist is experiencing employment issues owing to a slimy new boss. The cherry on this deliciously complex cake is that Aurore has also started to experience the menopause, as well as all the hot flashes and mood swings that come with it. 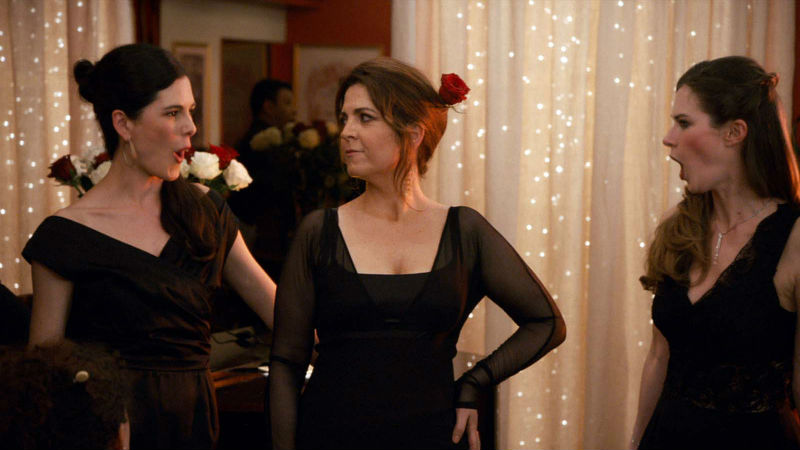 If this combination of bad coincidences sounds somewhat unlikely, it’s because it should be. The film is marketed as a rom-com and it fulfils that genre in a quirkily enjoyable way. There’s genuine pathos at play in a number of scenes – most notably in the examination of Aurore’s tempestuous relationship with Marina – yet director Lenoir does an excellent job of interspersing the emotional with the laugh-out-loud absurd. Whether it’s baby-equipment shopping with an amusingly out-of-touch in-law, or the ridiculous novelty of a restaurant with operatic waiters, the director crafts a wonderfully wild world that we can both empathise with and laugh at.

In mainstream Anglo-American cinema, we are often presented with deeply-drawn leading men, while younger women are ushered to the side – frequently as an object of ridicule and/or sexualisation – and older women are made completely invisible. I Got Life! sticks a defiant middle-finger to Hollywood by casting women of all ages, shapes and colours in a variety of roles. In fact, the majority of men in the film are lecherous idiots who are ruthlessly dispatched by the smart, assertive women that lead it. This doesn’t apply to every man – Titoche is a suitably sensitive soul – but there’s something satisfyingly unconventional about this significant role-reversal. 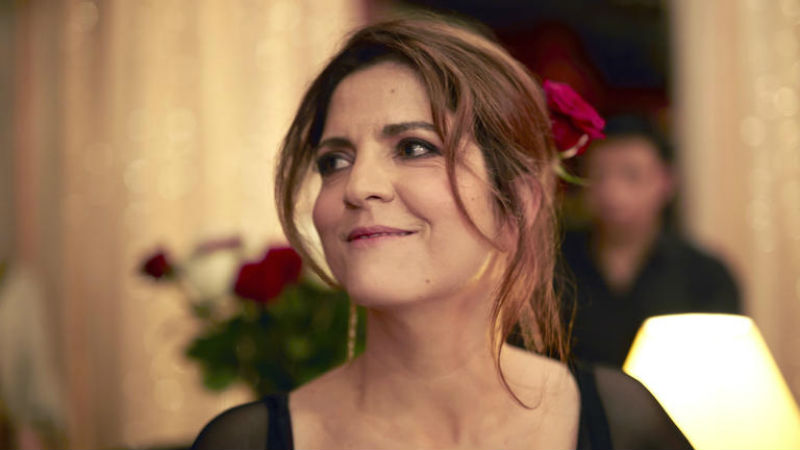 Of course, I Got Life! is at its most radical when showcasing Aurore’s full spectrum of experiences as a menopausal woman. There is a beautiful frankness about the way Lenoir integrates the menopause into the film. It comes and goes in waves – as is indeed the experience for Aurore – and is something that can be painful, yet connecting. It’s not brushed under the carpet, but it’s also not presented as embarrassingly burdensome or unbelievably empowering. In short: the menopause is present and therefore the protagonist deals with it. This is probably as realistic a representation as possible.

That said, the ending of I Got Life! is somewhat lacking. For a film that pushes so many boundaries elsewhere and seems to genuinely want to do something different, it concludes in a surprisingly swift and saccharine way. Nonetheless, the rest of the film is a joy to watch and makes for an excellent treat for International Women’s Day and Mother’s Day.