This year's Best Picture Academy Award is an epic battle between the Davids and the Goliaths of American cinema; we take a look at recent history of small guys (and girls) making it big in Hollywood, and try to work out where the latest duel is headed!

As forecast in the Bible’s The Book of Samuel, the time old story of David and Goliath is applicable to all most everything in life. Specifically, in the 2018 Oscar race, the contenders for the coveted Best Picture award appear to be a binary “big vs small”. Both The Shape of Water (Guillermo del Toro, pictured below) and, to a lesser extent, Three Billboards Outside Ebbing, Missouri (Martin McDonagh) operate within a certain sphere of atypical Oscar films; they possess marketing, star and pulling power towards Oscar voters and audiences.

Granted, at its heart Three Billboards is an anti-establishment piece about over asserting masculinity, this notion still applies through the heavy lifting required by the cast along with the tragi-comic writing of director Martin McDormand. Leading the way when it comes to the betting man’s wager, Del Toro’s The Shape of Water sits at 6/4, with McDormand’s Three Billboards at 5/6 (at the bookies). Although such a betting man cannot justly be trusted, it speaks volumes that after their clean sweeping at Bafta two weeks ago, the two are evidently the front-runners. 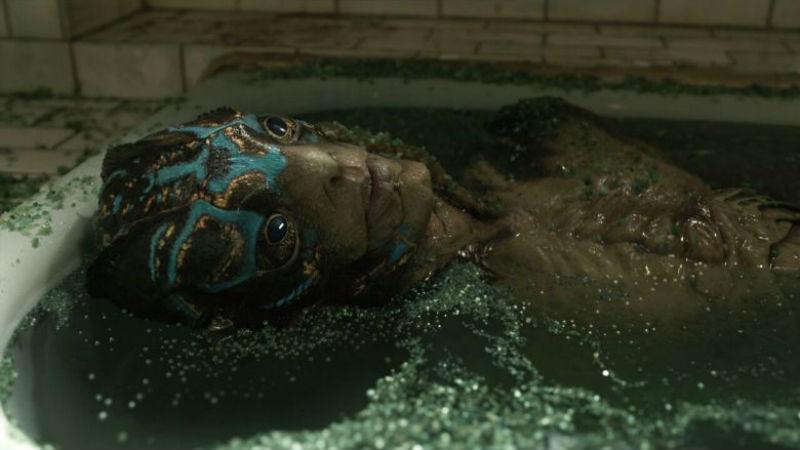 The little ones fight back

The antithesis, Lady Bird (Greta Gerwig) produced by indie darlings A24, is a film as far away from ‘Oscar fodder’ as one can get, unlike Darkest Hour (Joe Wright). Greta Gerwig – after years of working with her partner Noah Baumbach – has crafted a universal love story of mothers and daughters, unanimously adored by anyone with a beating heart. Comparable, before smashing the box office, Get Out (Jordan Peele) wasn’t on anybody’s raid, with it sweeping up audiences and critics in the racial concept of the ‘sunken place’. Eliciting a growing divide in the film industry’s production, these smaller films, on paper, are fish out of water, unlike the aquatic The Shape of Water.

In these four films (The Shape of Water and Three Billboards vs Lady Bird and Get Out), it’s clear there is a divide in this year’s Oscar race, big vs small, compared to previous year’s saturation of Oscar bait pieces i.e. The King’s Speech (Tom Hooper, 2010), The Imitation Game (Morten Tyldum, 2014) and American Sniper (Client Eastwood, 2015). With the Time’s Up/#MeToo movement and eradication of Harvey Weinstein’s Miramax Oscar bait releases, see Chicago (Rob Marshall, 2002), the widespread love for something such as Lady Bird (pictured below), with Jordan Peele’s personal representation of race, yields the ability to defeat the Goliath’s it up against, showing the cinema is a universal language. 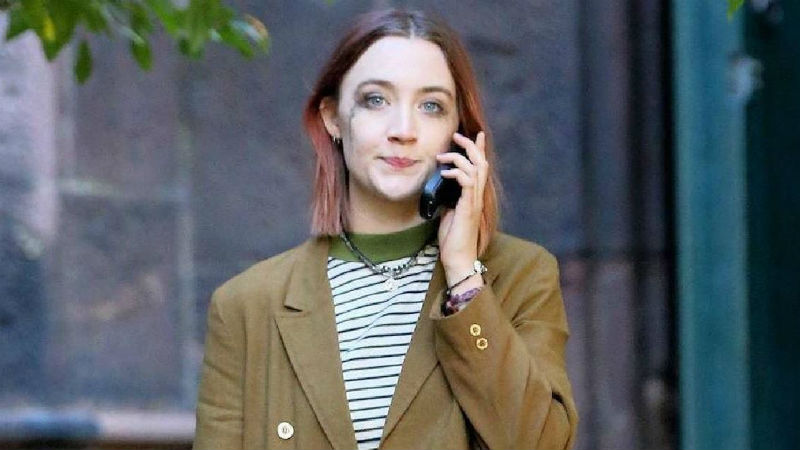 In a break away from the reality of her Baltimore apartment, Eliza’s (Sally Hawkins) world in The Shape of Water momentarily turns into an MGM musical stage. At the centre of this stage, she dances with her Amphibian Man in a moment of nostalgic magic-realism. Outlining the film’s desires to pluck on the heartstrings of its viewers, as La La Land (Damien Chazelle) did to great effect last year, this break from reality alludes towards the swooning romance at hand. Cloaked as an inter-species relationship, the one at hand in Del Toro’s film is as heteronormative as that of Gosling and Stone’s in Chazelle’s smash hit, spawning musical adaptations worldwide.

Though it has been hailed as subversive for its adult themes, with having a mute central character, it’s still a big fish operating in a big pond, simply from viewing the crucial romance. My criticism is not to discredit the engaging performance of Hawkins or the level of loving craft deployed by the film-makers, still, one cannot help but feel we have seen film’s comparable scoop Best Picture previous. 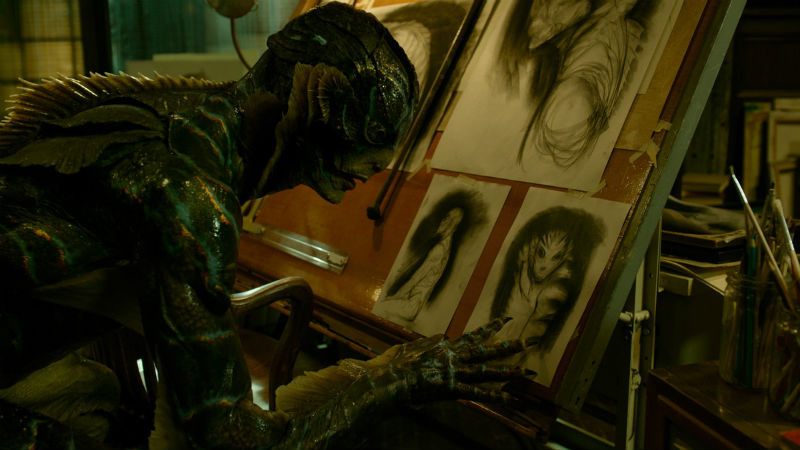 Distinctly contrasting, Lady Bird and Get Out hold little comparison to previous year nominations or winners; they are unique pieces. After widening the scope of what truly is the Best Picture winner, Barry Jenkin’s Moonlight demonstrated that the little birdie can indeed soar high above the bigger fish of the Oscars. Previous to this, the first female Best Picture winner, Kathryn Bigelow repeated a similar feat in 2008 with The Hurt Locker (pictured below), outmuscling James Cameron’s Avatar. In a recent interview on A24’s podcast, Greta Gerwig and Jenkins sat down to discuss one another’s works. In that discussion, it became clear that what is so fundamental to Lady Bird is its acute eye for what constitutes home. Granted, far from an autobiographical film of Gerwig’s youth, the narrative, characters and milieu, all come from somewhere special in her writing.

On a related note, Jordan Peele’s extended metaphor for racism in the contemporary US distinctly comes from a place of idiosyncrasy to him, broadening and becoming applicable to a wider demographic of African-American audiences. Yet, the emotional tapestry that is embedded in Daniel Kaluuya’s character, it produces empathy from any perspective. 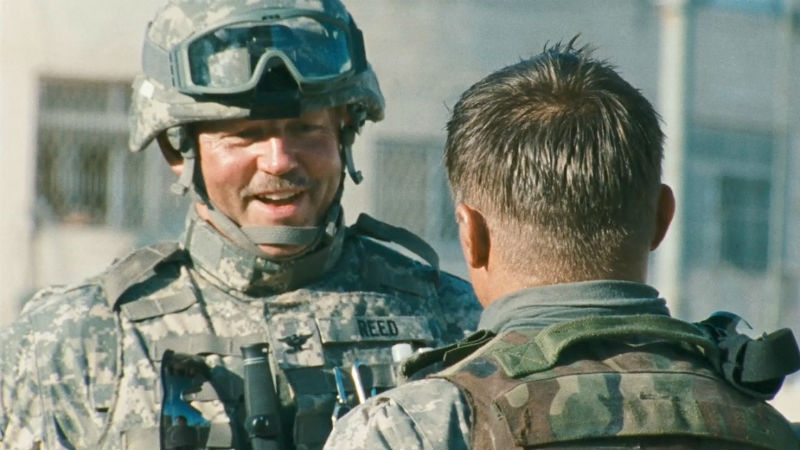 The emotion of empathy extends not just to Get Out but the Bafta juggernaut Three Billboards. Taking five awards, it is hard not to see a similar occurrence occurring this Sunday in the writing and performance categories, minus Oldman. The Guardian recently reappraised the director, stating ‘McDonagh has long coaxed comedy from the friction between the idiotic, the unthinkably painful and the bana’l. Holding a greater deal of admiration towards the film than of The Shape of Water, it is trying to ignore the undeniably heavyweight acting of McDormand, Rockwell and Harrison. Simply in this regard, it is a Goliath.

In a world filled with the strangest of political happens and a post-Moonlight world, the Best Picture category appears to be a changing one. Regardless of the outcome on Sunday, this slow change has the potential to filter and permeate the mindset of voters and The Academy itself; leaving the most famous awards ceremony in the world as a pillar of filmic and societal diversity.

The Oscars get very messy, in our first podcast!

Three of our top film critics meet up and take a dirty look at the most subversive, thought-provoking and downright filthy Oscar nominations, as they also hazard a guess as to who should win - listen to our very first podcast right here! [Read More...]

US meddling is an ugly monster waiting to be caged, argues Tiago di Mauro about Guillermo del Toro's latest flick - out in cinemas on February 14th [Read More...]