"Dirty gem"
Attempt at retelling the story of Jesus from a fresh perspective takes the apocryphal Gospel Of Mary as its source is engaging enough for non-religious people, but it remains to be seen whether people will interpret it as a feminist movie - on VoD July 9th

Just in time for Easter, here’s the latest biblical epic about the life of Jesus Christ. In telling the story from the perspective of Mary Magdalene (Rooney Mara), this one adopts the time-honoured strategy of embracing a different character’s point of view, something done in, for example, the various adaptations of Ben-Hur (Fred Niblo/1925, William Wyler/1959, Timur Bekmanbetov/2016) and the underrated Barabbas (Richard Fleischer, 1961).

Mary Magdalene is impressive. For a start, it feels like a movie someone really wanted to make rather than one a Studio executive thought could make a lot of money out of a religious demographic. It opens with Mary and other fisherwomen deploying nets along the shore and details her family’s latest unsuccessful attempt to marry her off against her wishes to a promising suitor. Apart from working at fishing, she’s a woman to whom things are done rather than one who does things for herself: the fact that she doesn’t marry means that her family subject her to an exorcism ritual to rid her of the demon that is clearly causing the problem. 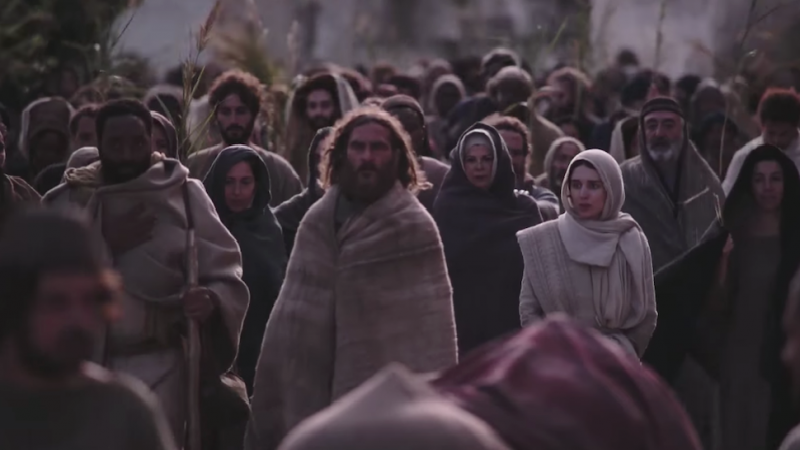 All of which changes when Mary decides to leave home and follow charismatic, itinerant preacher and potential revolutionary Jesus (Joaquin Phoenix) in the sense that this is a way she can assert herself and make her own journey through life – to the great consternation of some of his disciples such as Peter (Chewitel Ejiofor) who don’t think that they should allow women to come along, ostensibly because it would be bad for their reputation. Or maybe Peter’s take is just a straightforward case of misogyny. After all the Old Testament with which Peter as a first century Jew would have been familiar is a book written largely under patriarchy even if, for those who read carefully between the lines, it has much to say in favour of the emancipation of women.

For people to leave behind families and travel with him in this way, Jesus must have had some truly extraordinary about his character and personality and the casting of Phoenix (shortly to be seen as a Taxi Driver-inspired avenging angel in You Were Never Really Here, Lynne Ramsay, 2017) is a master stroke. In his interpretation, Jesus becomes a sharp-witted, enigmatic type who speaks in spiritual conundrums. You need to believe that this rag tag bunch of fishermen and others would leave their everyday lives behind to follow him on his travels – and believe it you do watching this film. In the case of Judas (Tahar Rahim) it has to do with Jesus’ proclamations of revolution and a new order – not so much a case of whether the Romans are going to be overthrown as when. However, Mary interprets Jesus’ words completely differently and makes a point of saying so. In doing so, she also appears to get closer to Jesus than any of the others. But the others aren’t too happy about her views.

It’s a much more consistent film than the equally personal The Last Temptation Of Christ (Martin Scorsese, 1988), which alongside an effective sequence of Jesus casting out demons has the disciples arguing in New York accents and a ludicrous desert temptation sequence involving the devil portrayed as an unconvincing special effects snake. As well as its exorcism, Mary Magdalene features the dead Lazarus being brought back to life and is shot not in Israel but Southern Italy, yet neither locations nor special effects get in the way of its vision and the whole thing hangs together well. 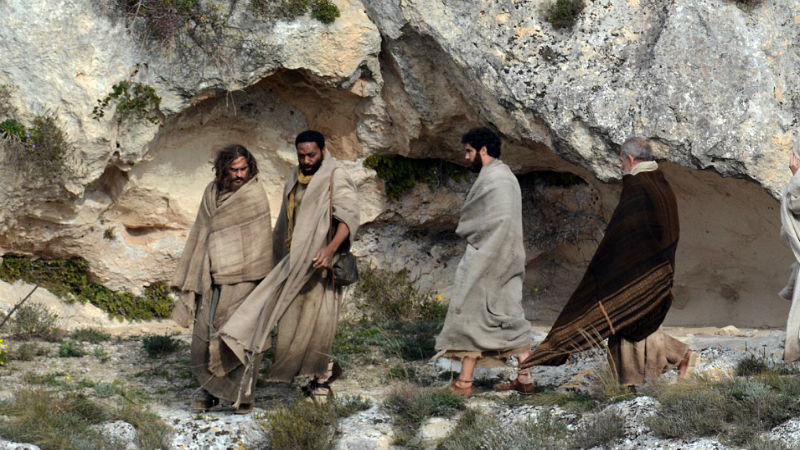 Although it apparently used the apocryphal Gospel Of Mary as a major source, Mary Magdalene treats the better known Biblical gospels with respect but is perfectly happy, in the interests of narrative coherence, to leave things out if they’re not really relevant to its central character’s experience, e.g. the trial of Jesus, where Mary isn’t present, is omitted for that reason… he’s dragged off and she’s knocked unconscious in (unnamed) Gethsemane, then he’s carrying the cross(bar) through the streets and being crucified. It makes sense as a character study of her rather than him and the narrative flows well as a piece of cinema.

The exorcism is nowhere near as upsetting or indeed lengthy as the one in contemporary Romanian convent drama Beyond The Hills (Cristian Mungiu, 2012), but then here it occurs fairly early on whereas the one in Beyond The Hills is the narrative destination. It may also be because Hollywood has half an eye on selling this movie to the Bible Belt heartlands which Mungiu almost certainly didn’t. Whether that audience will buy into the independent woman as disciple story presented here and a feminist film remains to be seen: the film is a long way from the right-wing “father knows best” mentality but then so are some of the more liberal or radical Christian traditions. The filmmakers claim in the press blurb to be making a film aimed less at a narrow Christian audience and more at a wider spiritual one. I found myself completely caught up in her story (or herstory) and never found it twee, clichéd or picture postcard-y. Not for one minute. It deserves to have both religious and non-religious people go and see it and make up their own mind.

Mary Magdalene was released in cinemas on March 16th, when this piece was originally written. It’s out on VoD on Monday, July 9th, and on DVD/BD on July 23rd.

The empire of clichés and didacticism: the 2016 3D version of the epic movie is populated with stereotypes, and it is also a thinly-veiled celebration of military belligerence in the Middle East - out in cinemas now [Read More...]