"Dirty gem"
Shooting your way through adolescence? Black American teen finds personal liberation in artillery and gang crime, in a timely drama symptomatic of a country grappling with gun control - from the Glasgow Film Festival

The film’s titular character (Devin Blackmon) finds amusement through the barrel of a gun, aware that a similar weapon robbed him of his brother’s life. Blackmon heads an all-black cast and delivers a strong performance for such a young actor. Playing a perturbed teenager, Blackmon is solemn at moments of mourning, charismatic at moments of elation, angered at his circumstances and confused at his space in life. He rejects the comfort of his sister’s boyfriend (and surrogate father figure) Brian (Dontrell Bright), for affinity with a local Arkansian gang, The Bloods. 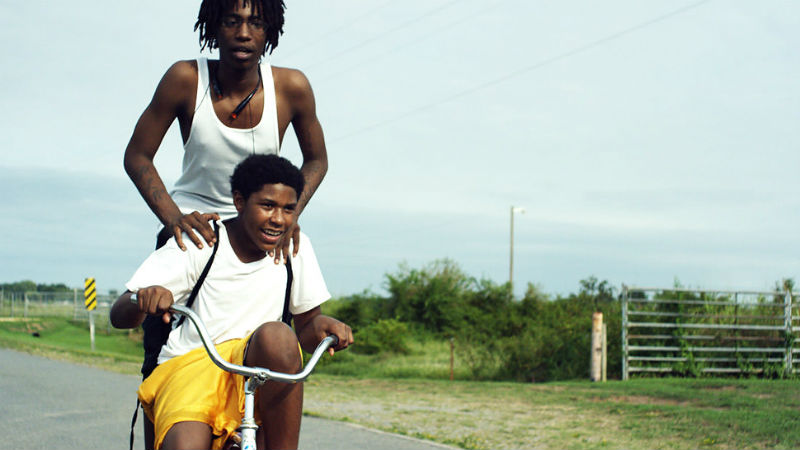 Through this gang, Dayveon sees the actions of the guns he so obsessively longs for and the damages they cause. While the script is guilty of deviating from place to place (character arcs are started and ended in minutes, plus the film ending is a bit disjointed), it’s an arresting look at an America that currently talks of artillery on a daily basis. Director Amman Abbasi is passively anti-gun, as characters point to the life-held wounds they receive from fire-arms and as Davyeon comes to the realisation that vengeance and killing will not bring his brother back.

There is a continuous strain of scorching sun setting on the camera, rare a scene in which characters don’t sweat audibly and visibly. There is something real here, the actors speaking in an audible untrained local accent, which – despite sometimes being difficult to follow – still gives the sense that this is reality unfolding on the screen; Davyeon’s life could be anyone’s life. 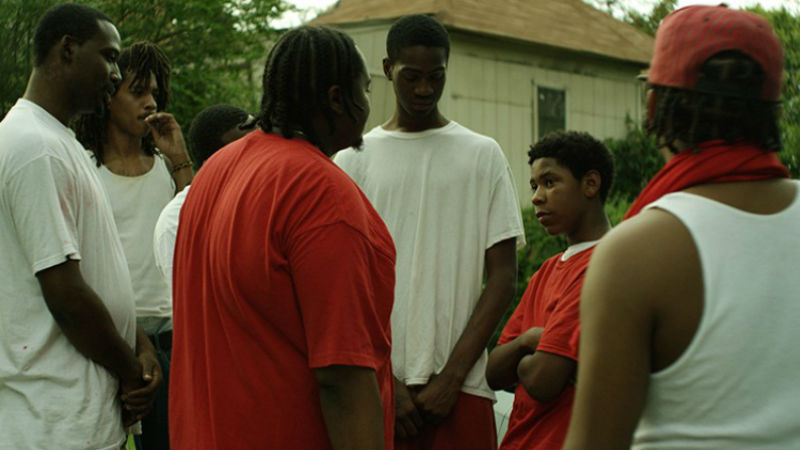 The film doesn’t shy away from the seedy underbelly of crime. Davyeon, a 13-year-old, leisures uncomfortably in strip joints, partaking in liquor store robberies and watches bare knuckle boxing matches. All of this is shown as naturally as possible; the carefully calibrated realism is shot by DP Dustin Lane in a mannered handheld 4:3 angle. But there is a beauty at play here; a common motif seen throughout the film concerns Davyeon cycling throughout the Arkansas countryside, however stupid he feels his bike is (as he tells his audience during the opening voiceover), it’s a sense of freedom for him, speedways and greenways, a timely reminder for audiences (and for him) that for all the grief and paraphernalia he is what he is: a kid.