"Greasy movie"
Doc about the career highs and lows of Rat Pack impresario Sammy Davis Jr, whose dedication to his art came at a cost to his personal life., takes a reflective look at his art but fails to transcend his death - from the Glasgow Film Festival

This documentary brings us through the various stages of Davis Jr’s life, a timely reminder of how difficult it was for black people to become entertainers in the 1950s and 1960s. Director Samuel D.Pollard uses this as a vehicle to show the differing facets of his subject’s life. Although Pollard makes it clear to his viewers that his subject challenged and broke through boundaries, it came at a price few paid in the manner Davis did. The newest addition in the American Masters canon, this is a documentary that allows the life of Davis to tell itself, though fails to contextualise it in the context of racial politics of 2018.

Through archived performances and interviews (segmented with interviews conducted by Whoopi Goldberg, Tony Bennett, Harry Belafonte and Jerry Lewis among others), viewers are welcomed to the world of Davis, who though he joked anecdotally that by being Puerto Rican, Jewish, black and married to a white woman “when I move into a neighbourhood, I wipe it out”, his lack of acceptance in either white or black communities hurt him deeply. 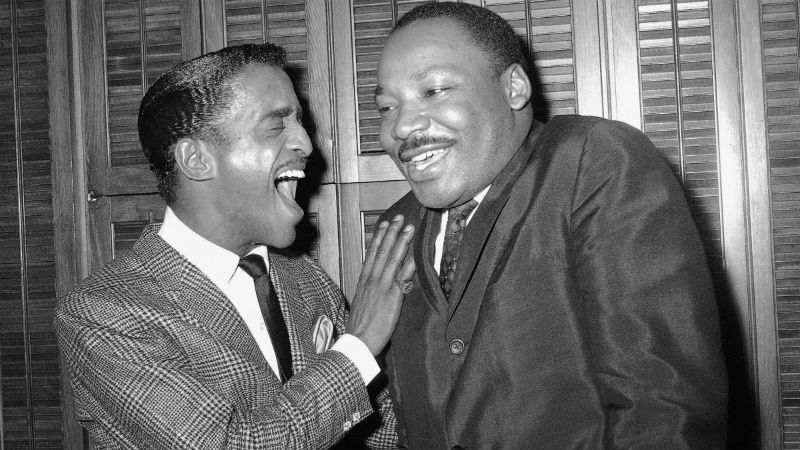 There is no shortage of material on display here, clips of Davis imitating Humphrey Bogart and James Cagney on chat shows (Davis was the first black person to publicly imitate the voices of white actors on television) intercuts with timely reminders that he was the first black American to sleep at the White House. The film braces back to Davis’ childhood, making audiences aware that even as a three-year-old he tap-danced loudly and proudly on stage.

Although a rip roaring success as an entertainer, behind closed doors, Davis faced bomb threats after marrying Swedish actress May Britt in 1960. Pollard also points a political portrait of his subject; the film starts with Davis accompanying Richard Nixon at one of his campaign speeches, highlighting that Davis was the one member of the Rat Pack who wasn’t invited to John F.Kennedy’s inauguration. 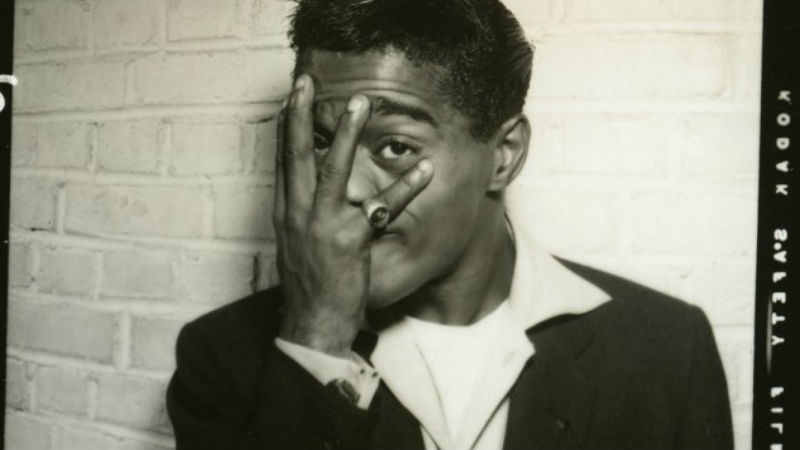 Strangely, for a film that takes a reflective look at Davis as a black artist in the then predominantly white world of entertainment, it fails to make a contemporary comparison to artists of today. It ends with a youthful Michael Jackson paying tribute to Davis, but how has Davis’s influence transcended his death? The audience is left unsure. At a time when #BlackLivesMatter has been a talking political point, not to mention, less contentiously that the United States has seen an African American president lately (something Davis himself would probably never have envisioned), Pollard fails to contextualise Davis’s life to an audience who were born after Davis’s death in 1990.

But as a testament to a life of entertainment and as a look at the human off camera/stage, Sammy Davis Jr: I’ve Gotta Be Me works serviceably. It is showing in the Glasgow Film Festival, which is taking place right now.

The everlasting note of jazz: the timeless and often overlooked Gregory Porter just wants to play music forever, whether it's in a toilet or the Royal Albert Hall - in intimate biopic at the Doc'N'Roll Festival next week [Read More...]