"Filthy genius movie"
A trial so dirty even Kafka would be perplexed! Doc reveals twisted nature of the coup d'état that took place in Brazil in 2016, and it's aptly named after a novel by the German-speaking writer - now also available on Netflix

The world is blithely unaware of the coup d’état that took place in largest country of Latin America in 2016. Most people outside Brazil assume that the impeachment of president Dilma Rousseff was a legitimate process in accordance with the country’s constitution. Many think that Dilma was involved in some sort of corruption scandal and that her removal was an entirely bona fide process. The 137-minute documentary The Trial reveals the details of a process so absurd that it’s akin to Kafka’s eponymous novel, which is mentioned the film. The book tells the story of a man arrested and prosecuted by a remote authority, with the nature of his crime remaining a mystery. Not too to different to what happened to Dilma.

The movie starts with the early proceedings in March 2016. We learn that the impeachment is in fact a gesture of retaliation by the Speaker of the Lower House Eduardo Cunha, because the Workers’ Party (Dilma’s party) refused to shield him from a corruption investigation. The film then shows many of the speeches in the Brazilian Congress, from congressmen vote for and against the impeachment. People from both sides of the political spectrum are displayed, ranging from LGBT and human rights champion Jean Wyllys to ultra-right wing and torture apologist Jair Bolsonaro. 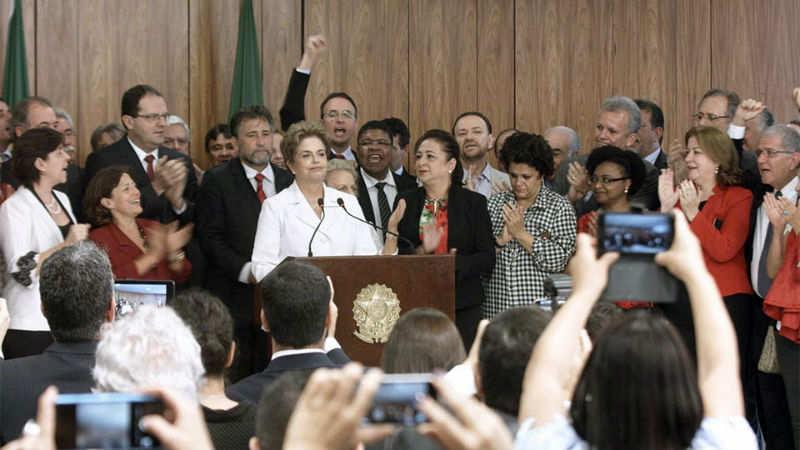 Dilma was suspended on May 8th, but the proceedings continued until the end of August, when she was permanently removed from office. Brazilian director Maria Ramos closely follows several senators both pro and against the impeachment, as well as Dilma’s defense lawyer José Eduardo Cardozo and his nemesis, the indictment lawyer Janaína Paschoal. She captures behind-the-scenes moments, as these people engage in meetings, talk on their phones and drive around Brazil’s capital, Brasília.

This is not an easy film to watch. For Brazilians, it means remembering what’s perhaps their most painful historical event since the return to democracy in the 1980s (after a military dictatorship). For foreigners, the details of the bizarre process, the vast technical lexicon and enormous quantity of names and faces may be a little difficult to grasp. But the message will be clear. Dilma was indicted due to an accounting technicality called fiscal pedalling, widely practised in every government. To add insult to injury, the rapporteur of the impeachment process senator Anastasia was a “fiscal pedlar” himself, and far more prolific than Dilma. The cards were rigged all along, and the defense arguments were falling on deaf ears.

Ramos opted not to do any talking heads interviews and to remain behind the camera throughout the film, in order to make her piece as impartial and factual as possible. But the facts speak for themselves. At one point, Ramos plays the audio of a leaked telephone conversation between a coup mongering senator Romero Juca and an oil tradesman Sergio Machado. The two men talk about removing Dilma as being the only way of “stopping the bleeding”, in reference to blocking corruption investigations that they were facing. They also talked about “a big agreement with the Supreme Tribunal” in order to stage the coup. The writing is on the wall. 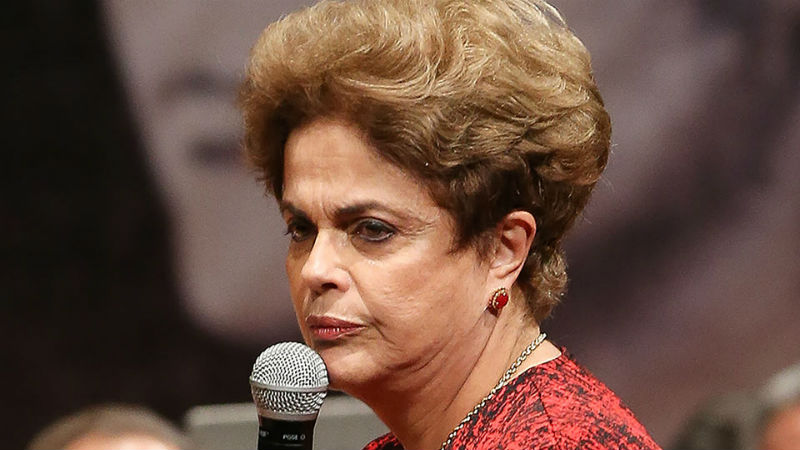 The film wraps up with the aftermath of the coup. You will see images of violent police oppression against peaceful demonstrations, only for the camera to move up and zoom into a thick cloud of grey smoke, presumably left by tear gas bombs. We are then told that illegitimate president Temer has since frozen public spend in education and healthcare for 20 years, removed workers’ rights and lifted the ban on foreign companies to operate in the Brazilian oil business, all ingredients of a extreme neo-liberal agenda aligned with US interests.

The Trial premiered at the 68th Berlin International Film Festival in February, when this piece was originally written. The film received a standing ovation that lasted nearly 10 minutes, the largest one I have ever witnessed at the Festival (which I have attended eight times). This is a powerful venting outlet and denunciation tool for Brazilians who feel that they have been denied a voice in the mainstream media. It is available on Mubi in August/September 2020. On Netflix in July 2021.