"Filthy genius movie"
Are you man enough for me? Brazilian gender terrorist Linn da Quebrada is in Europe in order to savage your primitive notions of masculinity and femininity - in London on Friday, June 15th

Linn da Quebrada (“Broken Linn da”) is neither a woman nor a man. She’s not your conventional transsexual, either. She’s something between all of these identities. She’s a tranny fag, a term she coined herself. Linn da doesn’t conform to labels and pre-established orthodoxies. She’s deliciously subversive. She’s a beautiful aberration. She’s unabashedly confrontational, yet she’s tender and affectionate.

This doc follows the footsteps of the 27-year-old Brazilian singer, who only recently rose to fame. You will watch her stage performances and read her deeply transgressive lyrics, translated into English in the subtitles. The highly intelligent and eloquent artist composes songs dealing with gender fluidity, and describes her own body as a political instrument. She’s an outspoken advocate for sexual minorities, and Magnus Hirschfeld would undoubtedly be proud of her. “Sit down, macho man, and watch your own destruction”, she cries out in her signature song Bixa Preta (“Black Faggot”). She’s a mental, black faggot from the favela, and yet no one is going to laugh as she walks down the streets on her high heels, she explains. She’s like nothing else you have ever seen. 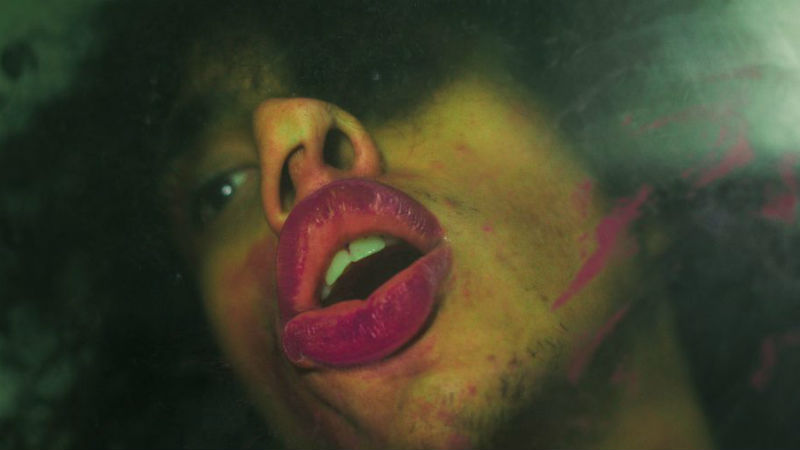 The film also follows her private life, including intimate conversations with her mother, who’s fully supportive or her work and identity. The two shower together and rub soap on each other’s naked bodies, while also washing each other’s knickers, in one of the films most tender and intimate moments (there’s nothing sexual and incestuous in the delicate relation). Such moments were only possible because Linn da helped to pen the film script, grating the filmmakers more access into her private life. The movie also has fictional moments, but neither Linn da nor the two directors will disclose what those are.

We also learn that she recently survived testicle cancer, and we see very explicit images of her body while in hospital receiving treatment. She spreads her legs and wears lipstick, and rips off her hair in front of the camera (which is coming off due to the side effects of the chemotherapy). This is one of the most subversive scenes I have ever seen in cinema/arts, perhaps comparable to Annie Sprinkle having sex with dying Aids patients in New York hospitals during the 1980s. 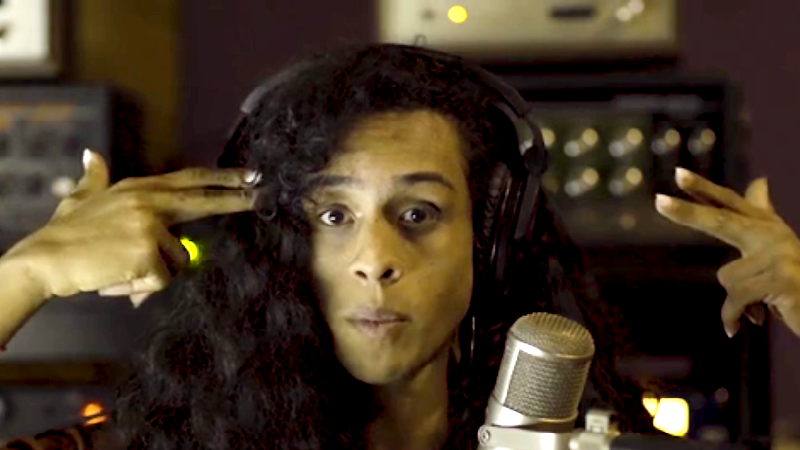 Linn da believes that her strength emanates from her anus. That’s where you have to look at if you want to get to know someone, she clarifies. And you too will see a very detailed image of her orifice in the film (and just about every inch of her male body), and from various angles. Incidentally, this isn’t the only Brazilian film being released in Europe this month that reclaimed the anus in a very positive light. Tavinho Teixeira’s Sol Alegria describes the anus as a weapon “more powerful than 70,000 rifles, 100,000 cannons and any chemical you will ever see”.

Voices and bodies such as Linn da’s are urgent in an increasingly reactionary Brazil. The country saw a coup d’état two years ago and is currently governed by criminals and religious fundamentalists. The director Kiko said in Q&A after the movie that he expects to see retaliation and protests outside cinemas when the film gets released later this year in Brazil.

Tranny Fag showed in the Panorama section of the 68th Berlin International Film Festival in February, when this piece was originally written. The same city that were Magnus Hirschfeld based his sexology practice nearly 100 years ago. It premieres in the UK in June as part of the Sheffield Doc Fest, and it will also show at the ICA on Jun 15th, followed by a short season in selected UK cinemas.