"Dirty gem"
All the colours of the rainbow! Brazilian queer film about young man earning a living as a sexy glow paint performer in chat rooms avoids cliches, is psychologically multilayered and surprisingly moving - in cinemas Friday, August 2nd

The largest country of Latin America has a vibrant queer culture and big cities like Porto Alegre (the Southernmost Brazilian state capital, where Hard Paint takes place) are open and diverse enough for gay men to live out their lives without concealing their sexuality. But the country is also riddled with violence, and loneliness is no stranger to young homosexuals.

Pedro (Shico Menegat) is young and good-looking. But he’s also extremely laconic and introverted, and his looks are careless: his attire is ordinary, his hair is long and dishevelled. He lives with his sister Luiza. He makes a living of performing on Cam4, a pornographic live sex application. He rubs glow paint over his body and dances under UV-A light (black light) for mostly anonymous and lascivious men. His username is the very descriptive NeonBoy. Pedro was kicked out of university and is awaiting trial after a violent episode of homophobic bullying in which he harmed the bully. 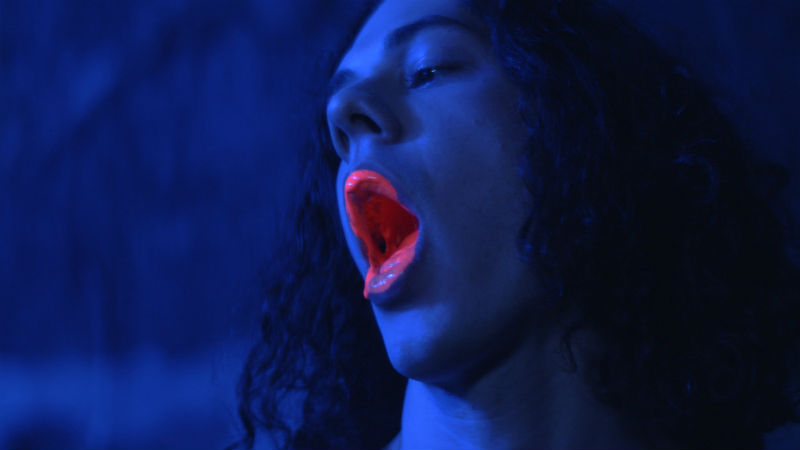 Then one day Luiza departs leaving Pedro on his own. He develops a romantic liaison with Leo, another “neon” performer, but it seems that Leo too could be about to leave the city. When you are young and lonely, the departure of a dear person feels a lot like a bereavement. Could Pedro once again be left on his own, in what’s probably the most difficult moment of his life (he could receive a jail term in his impeding trail)?

At first, you will find it difficult to connect with the insular and shy Pedro, who’s only able to “open up” in front of the cameras. Porto Alegre doesn’t come across as an inviting place, either. The concrete jungle surrounding the lower middle-class flat inhabited by Pedro is grey and soulless. The streets are impersonal. Neighbours on the windows are hardly visible, except for their shadows and profiles. The chat rooms are also deeply dehumanised. Pedro is treated as merchandise, and his clients are unwilling to meet him even for a friendly conversation. He has no one to turn to, it seems. 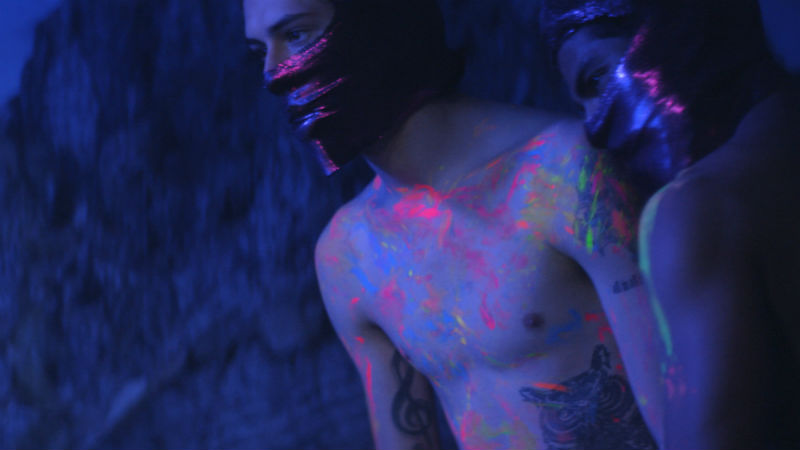 This is a film is full of small symbolic elements. Water is a central theme. There’s a leaking faucet, heavy rain and a powerful shower, and all of them seem to bring about change in his life. And there are doors with heavy locks and metal bar gates, emphasising the violence and the loneliness of the young gay man in Porto Alegre. Ironically, it’s one of these metal bar gates that saves Pedro during a very scary episode in the final third of the movie

The marketing collateral of Hard Paint may suggest this is a post-porn experiment, but it’s not. This is a film with emotional depth. A lot of emotional depth, even. By the end of the 118 minutes, Pedro’s candour and quiet charm will have won you over. Plus there are some credible and surprising twists. And Anohni’s song Drone Bomb Me in a very beautiful moment of liberation and redemption.

Hard Paint showed at the 68th Berlin International Film Festival in 2018, when this piece was originally written. It won the Teddy Award (LGBT) Prize. In cinemas across the UK on Friday, August 2nd (2019).

Are you man enough for me? Brazilian gender terrorist Linn da Quebrada is in Europe in order to savage your primitive notions of masculinity and femininity - in London on Friday, June 15th [Read More...]