"Dirty gem"
Doc about mysterious explosion in Colombian library is profoundly lyrical, unsettling and ambiguous, much like the inconclusive event it investigates - watch it now at home with Festival Scope

On March 17 2004, a real explosion took place at the Piloto Public Library of Medellín, where large chunks of the photographic archive of Colombian history is located. The only piece of evidence of this unexplained act of vandalism is a single photograph.

Visual artist Sebastián Múnera chooses to angle and stylise his directorial debut in a number of unsettling black and white frames. This is a film that incurs feelings of rage and pity, the barbarism of material destruction displayed through the eyes of those who have witnessed it. Múnera does not discriminate perspectives: the shaking hands of elderly people is contrasted with the feted exasperation of the young men who find the barren, deserted area. Múnera took his creative muse from the sole remaining snap, and uses his camera as the main character in order to watch a community regain itself. 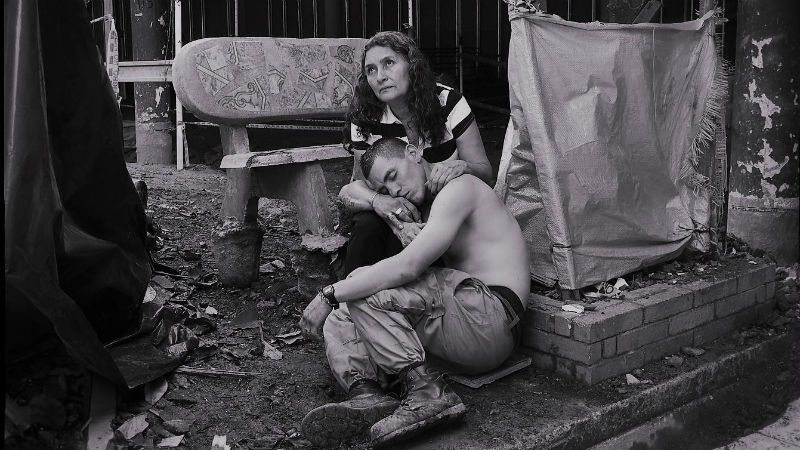 Feelings come through cryptic voice-overs, as the three main characters (librarian Gloria, construction worker Neyder and photographer Jorge) attempt to find answers. Yet, this is not a documentary in the traditional sense. Given the irresolvable nature of the real life case, the three people are left with ambiguous answers. Múnera chooses to leave the camera to display the events, inviting the audience to witness these characters rebuild themselves, subverting ordinary narrative tropes with inconclusive answers. Reality gives few resounding answers.

The black and white palettes are unsettling. There is a flurry of panning shots, razor window reflections, plus a number of exterior shots – as men and women comfort each other in silence. Behind this set-up, interior voiced lines such as “I have never been capable of remembering dreams nor retaining images” sound particularly fatalistic. The destruction of much of the Colombian Historical photographic archive raises a sobering question: if humans are only human by their memories, what happens when physical memories are set alight? 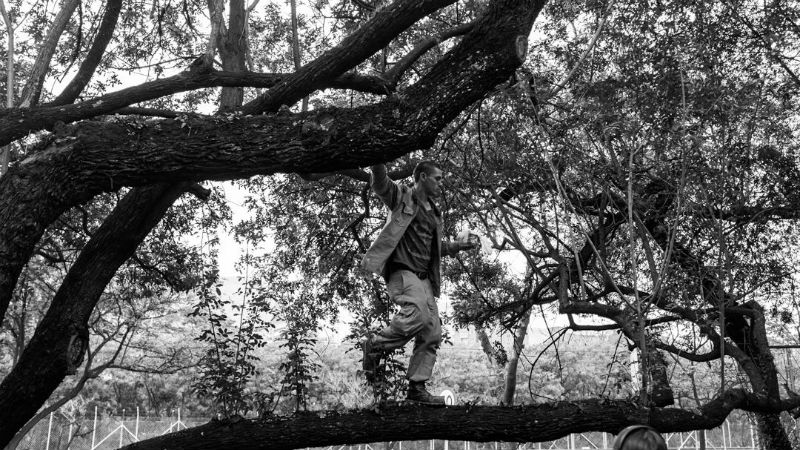 At under 80 minutes, this is a journey that does not outstay its welcome, bringing its audience on a long-haul trip to Colombia in order to witness an incident few outside the country knew about. And fittingly, it’s beautiful, grainy and, best of all, human.

The Tower is showing at the Rotterdam International Film Festival, but you too can watch it at home before February 20th, in an initiative by Festival Scope. But hurry up, there are only 200 tickets per film!