A pandemic virus has wiped out large cities and seemingly most of the world’s population. Chris Towne (Ivan Sandomire, the Eddie Vedder lookalike pictured above) is desperately searching for a cure for the malaise as his sick wife Anne (Erin Cunningham) grapples with the symptoms of the disease. Their son has already passed away. The couple meander through a dry and deserted landscape, symbolic of what the world has now become. Until they encounter an enigmatic stranger (Jamie Jackson) who claims he can save not just Anne but all of mankind. How? By sending Chris back into the past in order to rewrite history. 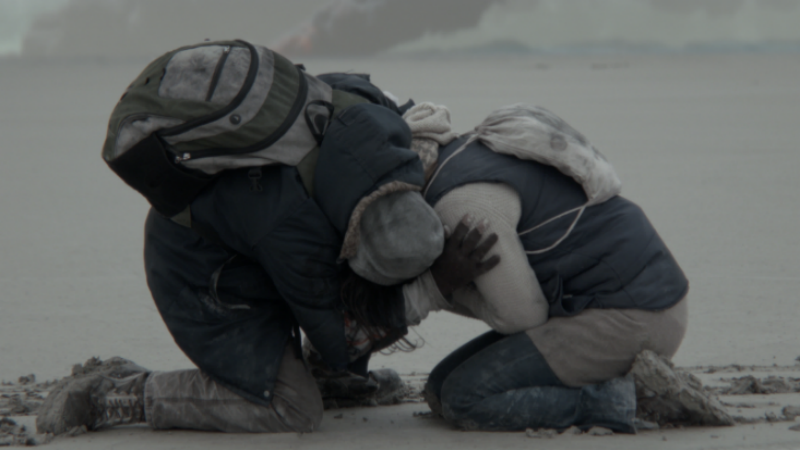 The post-apocalyptic future portrayed in the beginning of the film is strangely beautiful and eerie. The landscape is arid, bright and vast, the image saturation is so low that the sequence is almost black and white. Attention to textures is paid, from twisted clouds to cracked soil and water puddles. The first-time director successfully conveys a sense of isolation and despondency with a lovely artistic finish. But then Chris travels to the past and the film turns into something different, some sort of psychological thriller with a far more elusive artistic edge. A subtle psychological thriller, with a European touch. Not a fast-paced Hollywood thriller.

After time-travelling to the pre-apocalyptic past Chris and the stranger come across their own versions, and they do their best to avoid being seen by “themselves”. They attempt to stop Chris (from the past) from working on a project which will culminate in disaster, triggering the deadly pandemic. They are trying to alter the course history. The stakes are high, and so they will do anything they can in order to save mankind from impending doom. The movie lends a whole new meaning to at least two phrases: “you arrive in this world naked” and “I’m going to kill myself” – you can join the puzzle pieces and work out what I mean without watching the film. Otherwise just watch the movie! 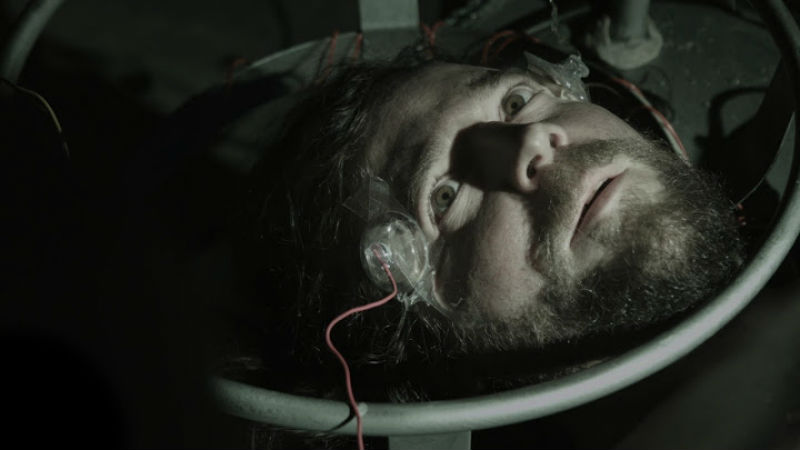 This is a film interesting enough to keep you going for 85 minutes. I would recommend that you watch it in the dark and with good speakers or headphones. Or a seashell (again, watch it in order to understand the reference!). On the downside, this is far from a perfect movie, if still enjoyable and with enough philosophical and lyrical depth. The time travel premise feels a little bit trite, and the script has a few gaps. Plus the profoundly poetic tone in beginning of the film gets diluted throughout the narrative, and the initial ideas never comes full circle.

Diverge is available worldwide on all major VoD platforms from February 2018.