"Greasy movie"
Not just your average zombie! Fantasy horror is based on the eponymous manga series, in which flesh-eating colourful tentacled monsters with can only survive by hiding their true nature and living among real humans - in cinemas January 31st

A little zombie, a little vampire, a little alien and extremely Japanese, that’s probably a succinct way of describing the flesh-eating ghouls in the Japanese manga series Tokyo Ghoul, which has now been made into a feature film with real actors, and very plush, colourful and nimble CGI effects. These creatures are “above human beings in the food chain”, a voice-over explains in the beginning of the movie. Worse still, these ghoul are virtually indistinguishable from human beings except that when they are excited or hungry, their scleras turn black and their irises red. Plus they unleash an enormous tentacle from their back. Their must conceal their identity in order to evade pursuit. 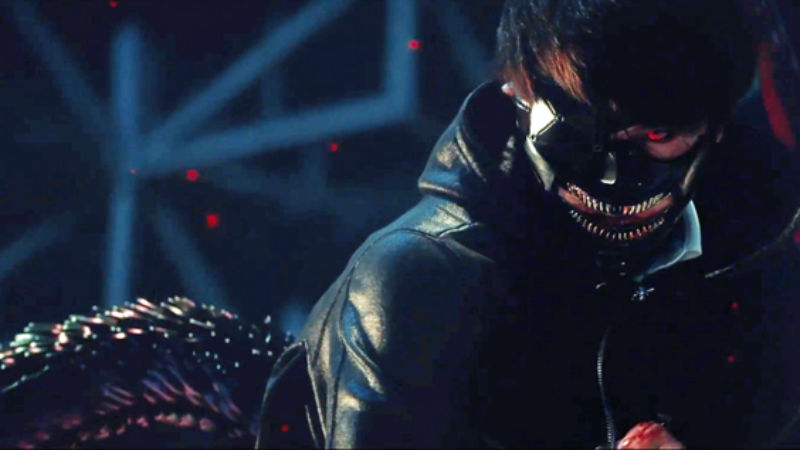 Their tentacle comes in all lengths, shapes, forms and colours. Some are three-pronged, some resemble an octopus, some are more reminiscent of a cacatua. These devices are enormous and provide the ghouls with a very striking individuality. They also make the man-eating creatures far more agile: they can use the appendages in order to jump, fight, grip and kill their prey. In fact, it’s these bizarre body parts that make Tokyo Ghoul a very effective blend of fantasy and action flick, with flavours or horror.

The story revolves around Ken Kaneki, a university student who barely survives an encounter with Rize Kamishiro, as his gorgeous date reveals herself as a hungry ghoul. He is taken to the local hospital in a serious condition. He then finds out that he has mutated into a half-ghoul, as some of Rize’s organs were unwillingly transplanted into his body. From now on, he must feed on human flesh in order to survive. Everything else tastes foul and acrid. He’s now faced with a moral dilemma, as he’s still half human. Should he engage in cannibalism in order to satiate his hunger and survive? Coming to term with his new man-eating identity is not going to be an easy ride. 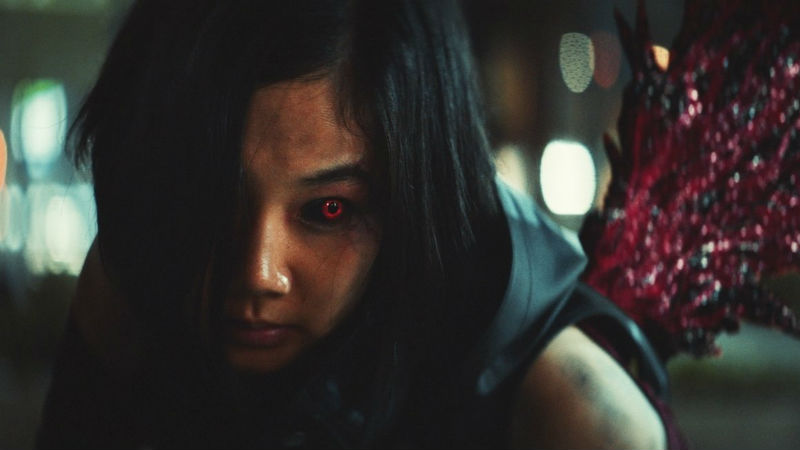 This is an entertaining fantasy movie, with some subtle social commentary. Just not a very dirty movie. The ghouls are forced to live in an underworld, and they are also subject to a hierarchy. There’s also a very tragic humanistic element, as Kaneki realises his inevitable fate. The beginning of the film has references to Franz Kafka’s The Methamorphosis, but then the individual’s plight slowly morphs a societal drama, as humans and ghouls engage in violence (against each other and also between themselves).

All in all, this is a movie likely to please lovers of the series, and might also convert a few new fans. Tokyo Ghoul is out in cinemas across the UK on Wednesday, January 31st.