"Greasy movie"
A friendship Byrne out of indifference! Dramatic tale of cultural and inspirational angst comes under the veneer of an action flick, but beneath the surface it's far more nuanced - British movie featuring Gabriel Byrne is out in cinemas

Frustrated with inaccuracies with the art work of the dust jacket cover of a Philip Marlowe novel, American pulp crime novelist Raymond Chandler griped in one of his letters as to whether the artist had even taken the time to read the story. Mitu Misra’s feature debut as screenwriter and director has been blighted by a similar misunderstanding. It may leave the filmmaker to ask a similar question of the person tasked with the poster art for Lies We Tell. If the first impression of Gabriel Byrne with shot gun in hand, alongside the quote, “A gripping thriller of a man pushed to the edge” suggests a turn as a vigilante or desperate hero, picture and words combine to reinterpret and oversimplify this dramatic tale of cultural and aspirational angst. 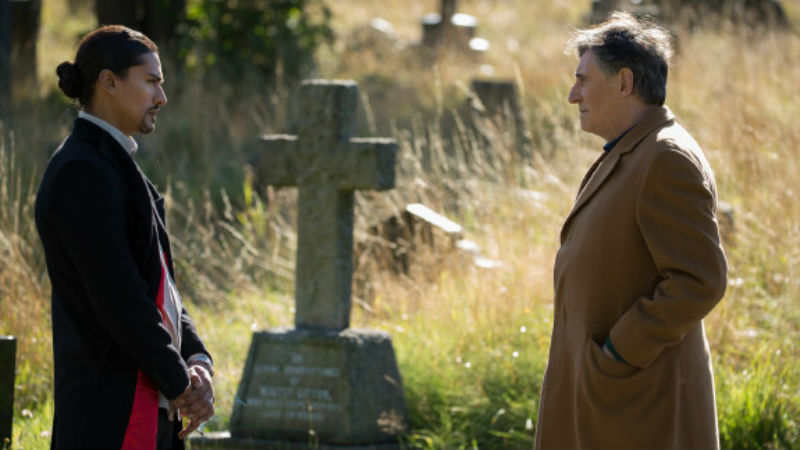 Following the death of his employer, chauffeur Donald (Gabriel Byrne) is given the task of erasing any evidence of Demi’s (Harvey Keitel) long-term affair with mistress Amber (Sibylla Deen). Donald’s task soon unravels when Amber’s life is threatened, and he finds himself her reluctant confidant.

An actor who has always possessed a certain presence onscreen, here Byrne shows the experience of age, an ability to speak through his presence alone, a look, a glance, or even as a still life subject framed by the camera. Comparatively, Donald draws attention to the slight rather than dramatic mechanical adjustments the actor makes for each of his roles, which has defined him as one of the most watchable actors of his generation. Aiding his screenwriter-director in moments of unnatural and forced dialogue, where the younger cast struggle to brush over these blemishes, for the most part he finds a naturalism in his delivery. Yet in the shadow of this success, the weight or strain of his attempt to find that naturalism can be felt as Misra’s youthful inexperience undercuts his efforts, which extends to the swirling use of music.

In attempt to heighten the emotional resonance, Misra fails to earn these moments, in a misguided decision. One has to feel the emotion for this aesthetic language to resonate with the strength of its musical intent, and whilst we may feel an emotional sympathy towards Donald and Amber, the music nonetheless feels excessive, especially in comparison to the quieter moments or those passages without music, which are more touching. We get the impression that the filmmaker has failed to listen to his film, to allow the themes and the characters to authentically communicate themselves to the audience. Instead the artist’s presence is oppressively sensed as he tries to coerce his audience emotionally, or here take a shortcut to the emotional connection that culminates in its final concluding act. 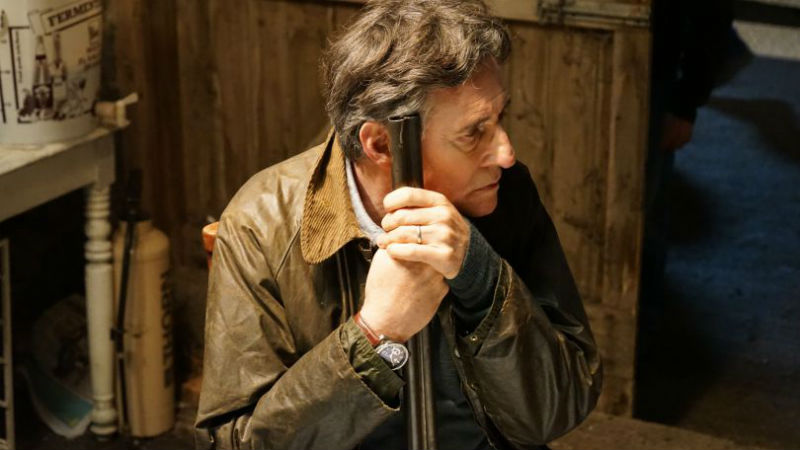 The story focuses on an unlikely friendship, one born out of indifference and obligation, which echoes the thematic drive of the drama. In response to Amber’s worry for the fate of her sister, she is offered the advice that Allah gives strength to those who help themselves. It is a profound moment, as Amber has shown a strength to help herself, pursuing a career in law with new opportunities before her. Although not achieved by way of an exclusive independence, Donald’s former employer playing his part, she finds herself requiring Donald’s help to prop her up as she stumbles as a result of her love for her family and her idealism, both of which see her resolve tested. Equally, Amber comes to give a purpose and sense of direction for this chapter in the life of Donald, a grieving father with a broken marriage. Lies We Tell delivers a message that rather than looking to the heavens for courage and help, we should be looking closer to home, to our fellow man rather than our spiritual deities.

Misra’s debut feature is not without its flaws, yet these are offset by moments of sharply written dialogue that are carried off by measured performances. Equally, there is a pleasant restraint in Byrne’s character, of a quieter man struggling under the weight of his past. Alongside the lack of romanticism in a cruel struggle, the film has courage, and in hindsight this is a tale of obligation and sacrifice, friendship and family, tradition and independence. It has the potential to reveal hidden layers of interpretation that show the deeper joy and sorrow of these characters.

Lies We Tell is out in cinemas across the UK on Friday, February 2nd.