"Greasy movie"
We all go a little MAD sometimes! The frontman of the colorful Camden Town act Madness isn't just a joy to listen to; his life story is also a real pleasure to watch - on Sky Cinema and NOW on Saturday, August 14th

Known to all as the frontman of the 2 Tone masters, Madness, Graham ‘Suggs’ McPherson has a personality, voice and aura that makes him a joyful presence to watch and listen too. Recording his autobiographical show at Hoxton Hall (in East London), merging it with cuts away from the stage to the real world, Julien Temple brings his keen eye for capturing some of the most colourful and peculiar moments in Suggs’ life story, in Suggs: My Life Story.

Blending the structures of a comedy show, animation and dramatised filmmaking, Temple deploys a plethora of different cinematic vices to tell the story of Suggs. Initially walking onto a small stage accompanied by fellow Madness piano player Dean ‘Deano’ Mumford, Suggs, from the opening moments, is an energetic figure, bouncing around the stage, whilst recounting his life story to a packed out theatre. Translated to Steve Organ’s variety of different shots with Jonny Halifax and Ben Young’s quick edit, the information on screen comes at one thick and fast. As any great comedian would, including the likes of Micky Flanagan, Suggs has a commanding voice that is greeted by his viewers in an incising fashion. 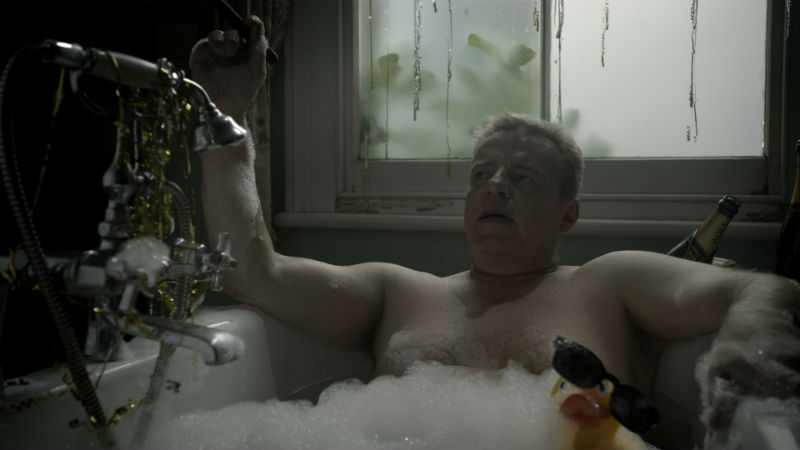 Holding the spotlight was a talent evidently crafted in the backstreet pubs of Camden Town as the band came to fruition in the late 1970s and early 1980s. Guiding us through the back streets of Soho and Camden, his stories are filled with comedic anecdotes regarding blue silk suits and youth culture of the era. Still, a fundamental search lays at the heart of his story – who really was his father? Though not as orientated around lineage as the BBC’s Who Do You Think You Are?, it is a narrative beat that creates a significant piece pathos towards Suggs and makes him all the more endearing in achieving the success he has.

Presenting a vivid image of London in the 1970s and 1980s, with its red light glistening Soho streets, credit must be paid to those involved in unearthing such striking footage. Besides Suggs talking, such images interpolate the viewer into his world. Temple’s selection of footage does not undermine the lyrical worlds of Suggs, to the film’s advantage. Though suffused to his words, they elevate his anecdotes to a vibrant position. Supplemented by the diegetic audience laughing, jeering and whistling, the delights held as seeing Suggs’s world is left to flow naturally by Temple. 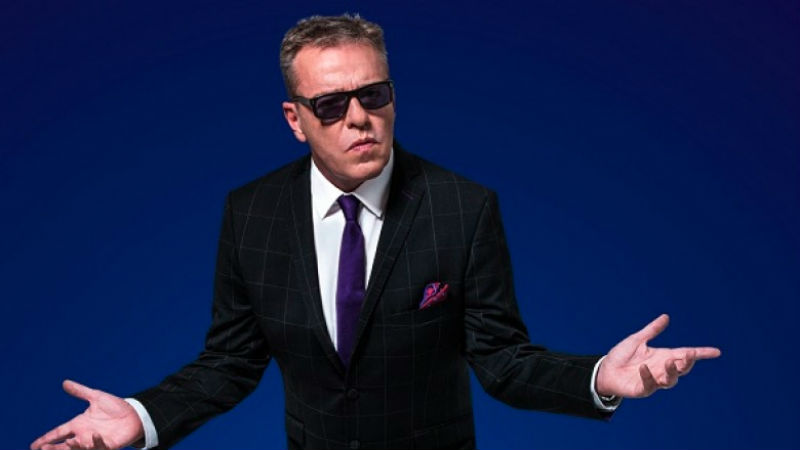 In the moments of breaking away from speaking to song, the transgression feels natural and unforced simply due to Sugg’s already iconic voice. Supported by his friend and band member, Deano’s piano imbues the live footage with an old fashioned piece of humour and entertainment. There from its starting moments to its last, it is a positive omnipresent voice, just as Suggs’ vocal chords are.

As Madness’ music to this day does SO brilliantly, Suggs: My Life Story fills one with an upbeat feeling and foregrounds Suggs as a national treasure. Just like the buoyant chords that play right throughout their song, One Step Beyond, Temple and Suggs imbue the film with a constant pulse, never leaving a dull moment. Welcome to the house of fun, indeed.