"Dirty gem"
Sex, drugs and the blues: The life of famed guitarist Eric Clapton has been plagued by a catalogue of personal tragedy, obsession, addiction and rejection. Yet he was saved by his music - in cinemas from Friday

You could be forgiven for thinking this is just another music documentary. Blues devotee and English guitarist Eric Clapton rose to fame in the sixties as in such bands as The Yardbirds, John Mayall’s Bluesbreakers, Cream, Blind Faith and Derek And The Dominoes. Since the seventies, he’s had a successful solo career. While Eric Clapton: Life In 12 Bars covers all that material in detail, its main focus is upon how Clapton coped (or didn’t) with the various tragedies in his life, some circumstantial and some self-inflicted.

A happy childhood ended at age nine with Eric’s discovery that his mum and dad were in fact his grandmother and grandfather and that his sister who had long since emigrated to Canada was in fact his mother. Worse, when she visited the family in England, she disowned him. Eric’s faith in humanity disintegrated at the most basic level: trust became impossible. On the BBC’s Uncle Mac kids’ radio show he heard the occasional Muddy Waters record and without any understanding of the music’s roots in the black man’s experience of the racist US connected with an art form that seemed to speak to him in his very core. As a teenager, he bought every blues record he could get his hands on. 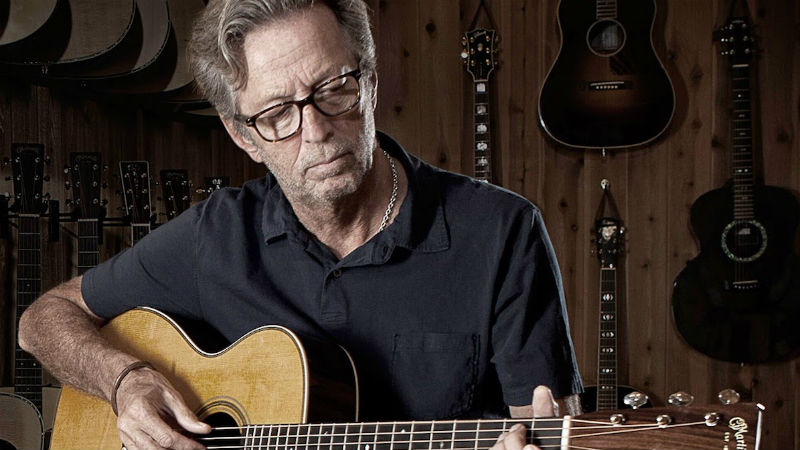 Perhaps the film’s most telling clip has Clapton talk about feeling anger and working it out through his guitar. He demonstrates to the TV interviewer by playing a series of clearly angry licks. Years later, he dismisses some of his sixties material precisely on account of its anger.

Eric’s obsession with his best friend George Harrison’s then wife Pattie Boyd in the late sixties gave rise to the Layla album with his band Derek And The Dominoes, a powerful collection of unrequited love songs. He played Pattie the newly recorded work in an attempt to win her but she went back to her husband anyway. Around this time Clapton got sucked in to heroin addition and became a recluse. A few years later he made a comeback with an album and a world tour, but in reality he switched from smack to alcohol and became a wildly unpredictable performer who on one occasion told audiences to go out and vote for (racist British politician) Enoch Powell. As a man who loved the Blues and admired many black musicians, Clapton was deeply ashamed of this particular incident afterwards. He barely remembers the string of albums he made as an alcoholic. To illustrate the point, most of the record covers from the period whizz by in a matter of seconds on the screen. 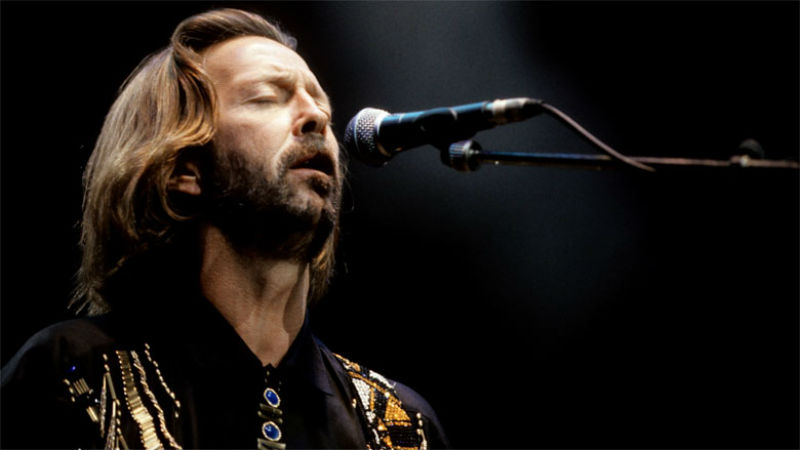 He seemed to finally get his life on track when he discovered the joys of fatherhood in the late eighties only for his young son Conor to tragically fall out of a skyscraper window in New York a few years later. Determined to live life from then on in a manner that would honour his late son, Clapton wrote the song Tears In Heaven as part of his process of dealing with this tragedy. In recent years he appears to have found genuine happiness as a married family man with three daughters.

His route to his current contentment has been a harrowing one. By documenting Eric’s various personal struggles, his friend and the film’s director Lili Fini Zanuck has crafted a striking portrait which, far from merely showcasing a celebrated guitarist (which task it fulfils more than adequately in passing) tells how, via his impassioned music, this extraordinary individual has worked through the terrible situations in which he’s either placed or found himself.

Eric Clapton: Life In 12 Bars is out in the UK on Friday, January 12th. Watch the film trailer below:

Jazz guitarist Bill Frisell is a unique talent, a shy man and an extraordinary individual about whom fellow musician turned director Franz has made a remarkable film – now on DVD, BD and VoD [Read More...]