"Dirty gem"
This is neither Bollywood nor Hollywood. Salim Shaleen is the "Afghan Spielberg", a filmmaker with 108 films under his belt as well as an intense joi de vivre - fascinating doc about charismatic artist in cinemas Friday

Neither Bollywood nor Hollywood, this is Nothingwood – because there’s nothing in Afghanistan! That’s how the emblematic Afghan actor, director and producer Salim Shaheen describes the film industry in his impoverished and war-ridden nation. Did I say emblematic? Well, probably not for you but indeed for Afghanis, where he’s perhaps the most famous and instantly recognised face of entertainment, also known as the “Sultan of Cinema”. Shaheen is not to be confused with (Youssef) Chahine – the late Egyptian filmmaker almost equally prolific and synonymous with his home nation.

French documentarist Sonia Kronlund follows Shaheen into the town of Bamyan, northwest of Kabul, where he is making 109-th feature film. This is a trip filled with joy and laughter. Shaheen is gregarious, expansive and charismatic. He’s constantly joking about his own limitations and predicament, and is always willing to crak a joke with the far more stern European filmmaker. He also likes to sing, to dance and to coach his actors on how to deliver an energetic performance. The soundtrack including Bollywood songs from Guide, Jhuk Gaya Aasman and Kati Patang also helps to lift the mood. 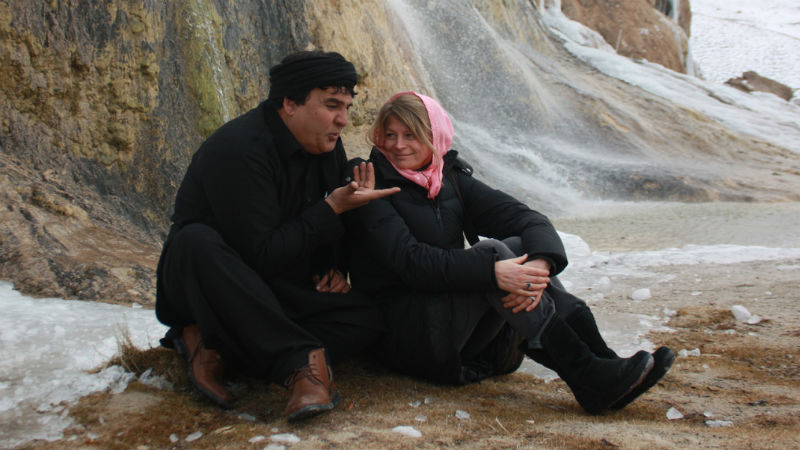 Despite having seen a lot of Iranian films in his childhood, Shaheen’s films feel a lot more like Bollywood in their language. They are easily digestible action movies and dramas with operatic acting and plenty of music. The visual effects are extremely basic, consisting mostly of fake blood and limbs. The mise-en-scene is quite simple, too, with a lot of location filming. This may come across as puerile and precarious to Western eyes, but we have to look at Shaheen’s work within context.

Singing, dancing and prancing around can come across as silly in European cinema, but not in Afghanistan. Shaheen explains that he was punished as a child precisely for singing and dancing. Afghanistan is a deeply conservative society, recently under the rule of the Taliban, and innocent gestures conveying glee and humour can be deeply subversive. Shaheen also clarifies that cinema was forbidden under the Taliban, but this did not stop soldiers from watching his films on their mobile phones, a black DVD market existed inside the regime. It’s simply impossible to silence art, however oppressive the rulers may be.

Some of the most hilarious moments of the film are performed by Qurban Ali, one of Shaheen’s regular actors. He wears a burka, cross-dresses and Camps it up bit time. With a capital C even. He’s not embarrassed to be effeminate, either; in fact, he’s even described as such. I can’t imagine this going down very well with the Taliban, but surprisingly he’s widely celebrated in Afghanistan and a regular on television, too. 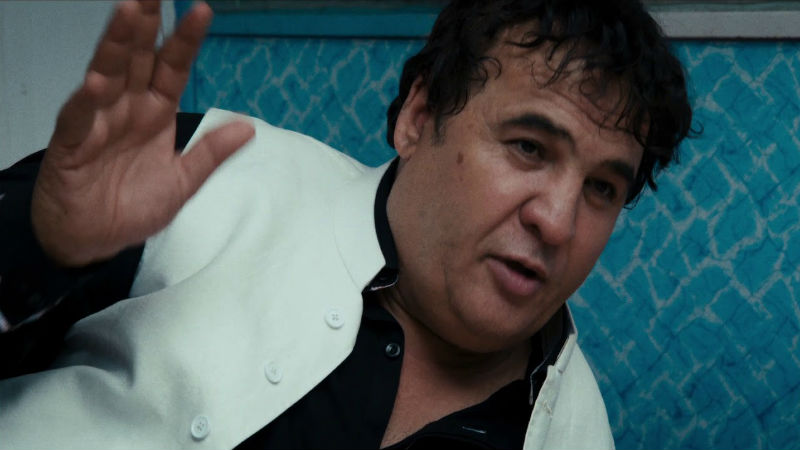 Sonia takes the opportunity to exhibit the extreme volatility and precariousness of country, where walking on the streets can be extremely dangerous (particularly for a woman), yet this remains a secondary topic. The photography of the snowy and mountainous region of Afghanistan also deserves a mention. The white hills, golden sands, emerald-green lakes and baby-blue eyes make a superb combination, a delight for any cinematographist. Had it not been for the security issues, I am convinced that a lot of fantasy mainstream movies would be made there.

All in all, The Prince of Nothingwood is a charming and engrossing movie. The female foreign gaze is sensitive enough to celebrate the primordial and puerile qualities of local cinema without patronising it. Despite appearing in the movie and even speaking a little bit of Dari (the local Farsi dialect), Sonia keeps her distance most of the time. She even refuses to give her opinion about the actions of the Taliban when asked by Shaheen. She tells him: “you are the subject of this movie”.

The Prince of Nothingwood is out in cinemas across the UK on Friday, December 15th.