"Filthy genius movie"
The latest addition to the Star Wars franchise offers a visual spectacle and is one of the series’ best entries, with new places, odd creatures and a Jedi heroine in the pole position, amongst other dirty treats - in cinemas on Thursday

Where The Force Awakens (J.J.Abrams, 2015) felt like a lazy reworking of Star Wars (George Lucas, 1977), The Last Jedi feels like a clever reverse engineering of The Empire Strikes Back (Irvin Kershner, 1980). It starts off with rebels fleeing a planet base under attack from the First Order under the command of General Hux (Domhnall Gleeson) and ends with another rebel base being attacked on the surface of another planet, this one covered in white, and being besieged by the ultimate land-based weapon.

In between, Rey (Daisy Ridley) trains on yet another planet with Jedi master Luke Skywalker (Mark Hammill) and must confront not only her nemesis Kylo Ren (Adam Driver) who has gone over to the dark side of The Force under tutelage from Supreme Leader Snoke (Andy Serkis) but also her own darker self. Meanwhile, renegade pilot Poe Dameron (Oscar Isaac) falls out with the top brass of Leia (the late Carrie Fisher) and Vice Admiral Amilyn Holdo (Laura Dern) to initiate a bold plan to save the rebel fleet from impending disaster. Thus, Finn (John Boyega) and maintenance worker sidekick Rose Tico (Kelly Marie Tran) embark on a daring mission and find thief/codebreaker DJ (Benicio Del Toro) who gains them unseen entrance to an enemy base to disable some technology and facilitate the rebel fleet’s escape and survival. 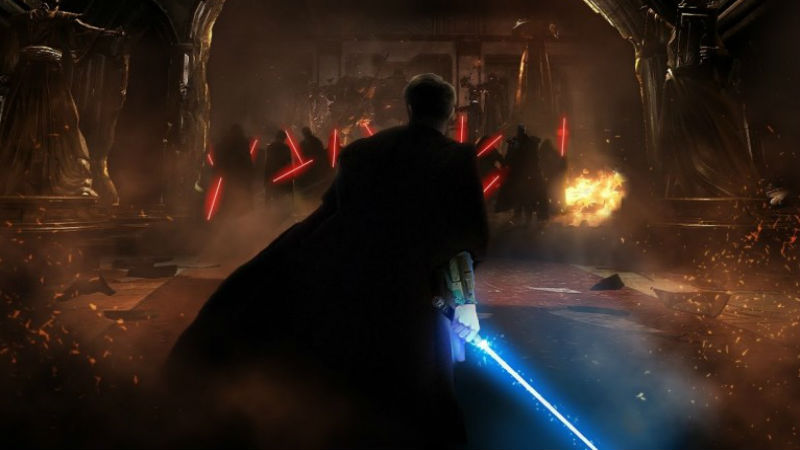 These are all, more or less, loose reworkings of the constituent elements of The Empire Strikes Back but to his immense credit writer-director Johnson (Looper, 2012) takes that film apart apart and reassembles its parts in a fresh, original and constantly inventive way for The Last Jedi. His crew includes longtime Tim Burton collaborator and visionary production designer Rick Heinrichs – which helps considerably and probably accounts for much of the visual panache. To take the most obvious example: the pressure of skates fitted under aircraft to help them traverse the finale’s salt flats landscape leaves red trails on white to produce an extraordinary visual spectacle.

Spectacle is one of the many things the Star Wars franchise is about. You’re taken to new places (planets, locations, spaceship interiors) you haven’t seen before, there are unfamiliar creatures and cultures. Thanks to some deft writing here the new film explores of some of the darker areas and mysteries of the cod-religious philosophy underlying the series. Without ever descending to the level of risible, The Last Jedi is prepared to laugh at itself: witness the potentially irritating bird-like characters on Luke Skywalker’s island home, one of whom ends up as Chewbacca’s lunch or the ongoing tension between Rey, inflicting damage on buildings while training, and the same island’s walking, fish-like, caretaker creatures. But such levity is wisely never allowed to be more than a minor sideshow to the main narrative through lines. 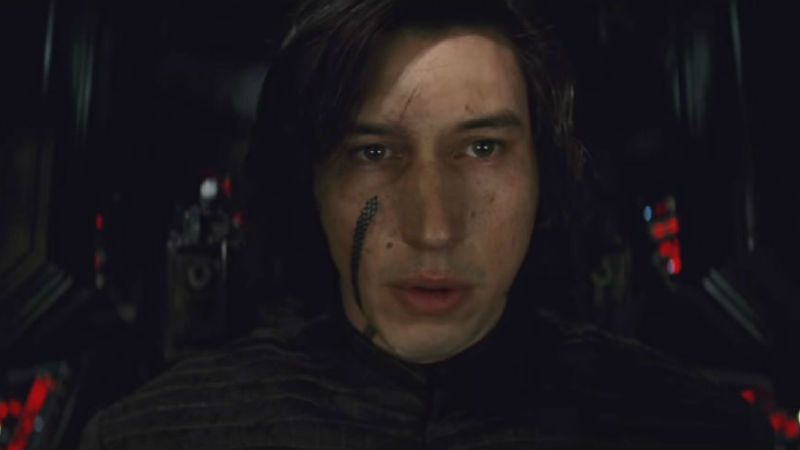 The visual effects on display effortlessly push the boundaries of what we’ve seen in the movies (watching on a huge digital IMAX screen is recommended) and deserve to receive the Oscar in that category. The big space battle set pieces impress even by Star Wars series standards, which is pushing the bar pretty high. However all effects at the service of Johnson’s vision and he’s much more interested in maintaining the integrity of the franchise’s characters, old and new, and extending and developing the mythology underpinning the series than in effects for effects sake. As in Looper, he demonstrates that he knows how to tell a rattling good yarn.

The are so many impressive ingredients in The Last Jedi that it’s impossible to cover them all in a review for DMovies. I will just note that the movies have come a long way in the 40 years the franchise has been running. In Star Wars, the film’s only significant female presence Carrie Fisher was essentially a damsel in distress, albeit one wielding a blaster. Nowadays, she’s the commander of the fleet and no-one bats an eye at a film where an out of control flyboy ace is a thorn in the side of cool headed, female admirals, where an engineer is as likely to be a woman as a man and where the Jedi heroine is given pole position in the plot where she may or may not succumb to the dark side of The Force. There’s no denying The Last Jedi is an audience pleaser [how could it not be? – well, see reactions to Return Of The Jedi (Richard Marquand, 1983) and the trilogy that followed it] but it’s also, happily, a remarkable achievement on many, many levels.

Star Wars: The Last Jedi is out in the UK on Thursday, December 14th. Watch the film trailer below: