By most accounts, 13 years of heroin addiction prepare you for an untimely death. Yet in the case of Jerzy Górski, protagonist of The Fastest, they spurred him on to compete in the Virginia Double Iron Triathlon. Director Łukasz Palkowski is back in familiar territory after 2014’s Gods, the biopic of a cardiac surgeon. But can he overcome his crowd-pleasing inclinations and deliver the incisive film that this real-life story necessitates?

The Fastest drops us straight into the action with an opening sequence that sets the scene for adolescent delinquency in a small southwestern Polish town. We are introduced to Jerzy (Jakub Gierszał), a rebellious young man decked out in leather and metal who commits petty crimes in order to fund his drug seshs with his disillusioned peers. Jerzy becomes romantically involved with Grazyna (Anna Próchniak), the daughter of a local Communist Party official, and soon encourages her to indulge in opioid escapism. The first third of the film sets up Jerzy and Grazyna’s escalating heroin dependency, before everything comes crashing down and he commences a brutal rehabilitation regime. 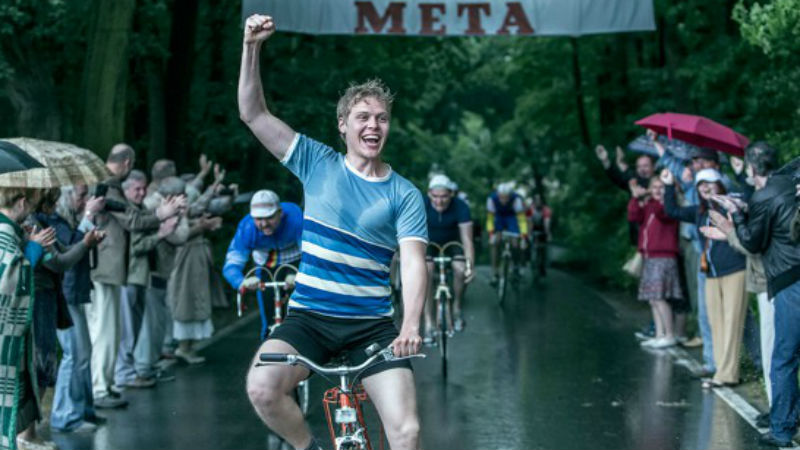 From then on in, we’re exposed to Jerzy’s gruelling physical and emotional development, as he latches on to the near impossible dream of training for a triathlon under the mentorship of a local swimming pool manager (Arkadiusz Jakubik). This is a remarkable true story that has little coverage both inside and out of Poland. It has the potential to be an eye-opening account of the diverse determinants and callous consequences of addiction, while also providing an inspirational elegy to those in a seemingly hopeless spiral.

Unfortunately, Jerzy’s troubled brilliance is doused in glossy cliché from start to finish. The use of montage has a long history in filmmaking and is not inherently bad. However, The Fastest seems to rely solely on multiple montages to represent Jerzy’s development, when there are surely other cinematic techniques available. Villains, heroes and love interests are all somewhat one-dimensional and can be spotted a mile off.

In addition, there appears to be little recognition of the complexities of the protagonist’s character. Jerzy’s long-term on-and-off relationship with his local sweetheart is constructed primarily as a battle against the injustices of her father. There’s a lack of acknowledgement that his paternalistic urges may actually be a justified response to Jerzy’s destructive recklessness. This sort of detailed characterisation is much better achieved across an array of other Polish biopics, such as ’90s hip-hop heavyweight You Are God (Leszek Dawid, 2012) and the morbidly fascinating portrait of Zdzisław Beksiński, The Last Family (Jan P. Matuszyński, 2016). 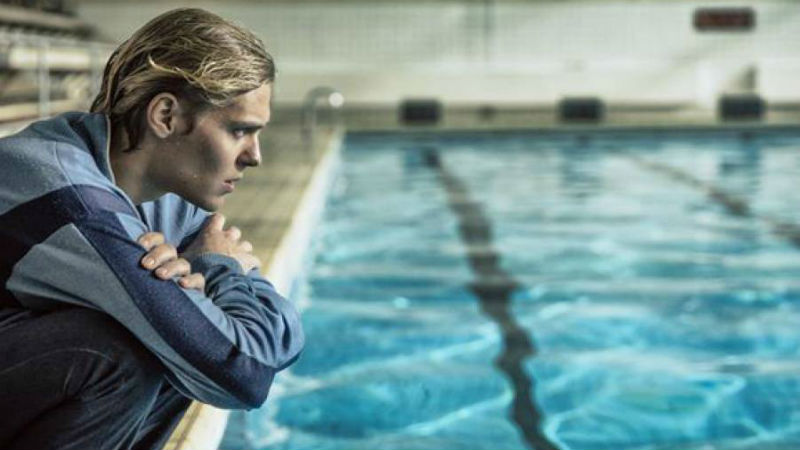 The film also uses a bewildering selection of musical reference points. It’s bookended by Steppenwolf and The Doors, which seems normal enough – if a tad lazy – until you remember that this is a Polish film set in the Communist era. Western music was undoubtedly available on the Eastern Bloc’s black market. However, there is a wealth of Polish rock and roll that was created in direct response to communism and speaks precisely of the listlessness that led Jerzy’s generation to seek solace in substance dependency. World cinema is often commercially successful and there is little evidence to suggest that domestic music alienates an international audience. So why the lack of imagination and relevance in The Fastest?

Even if we ignore the musical misgivings, Palkowski commits one of the worst cinematic crimes as the film’s heroic climax beckons. In an utterly bizarre move, the director rearranges the facts in order to make Jerzy’s achievements seem miraculously impossible. This is a baffling decision, as it’s impressive enough that Jerzy kicked a 13-year addiction, let alone competed in and subsequently won a double triathlon. The disappointment is particularly pertinent in a film that frames itself with archive footage and biographical facts, seemingly screaming out its ‘true story’ credentials.

In a nutshell, The Fastest ends up being the story of a one-time heroin addict who beat the odds and became Double Ironman World Champion with the help of four montages. Jerzy Górski’s athletic achievements are indeed remarkable, but Polish art has long found strength in subtlety and symbolism. By the fourth time you see Jerzy get knocked down and then get up again, you realise that this film is a Hollywood-esque mess. This is undoubtedly a dirty story and one worth learning about. Regrettably, in Palkowski’s hands it descends into a farcical parody of the biopic genre. There’s only one Man of Iron (Andrzej Wajda, 1981) in Polish cinema. This isn’t it.

The Fastest is out in selected Odeon cinemas across the UK. Click here for more information.

One thought on “The Fastest (Najlepszy)”