"Mostly clean movie"
Tale about a clumsy father and widower in the hermetically closed Hasidic community of New York has a universal topic, but lacks a certain dramatic fizz - now on all major VoD platforms

This a a golden opportunity to deep dive into the heart of the highly secretive and insular Hasidic Jewish community of Brooklyn, in New York City. Menashe (Menashe Lustig) is a kind and yet clumsy and socially inept grocery store clerk. His wife has now passed away and he wants to keep custody of his only child Rieven (Ruben Niborski), but he faces an uphill struggle from his very own ultra-conservative group, which does not approve of a single man raising a boy. 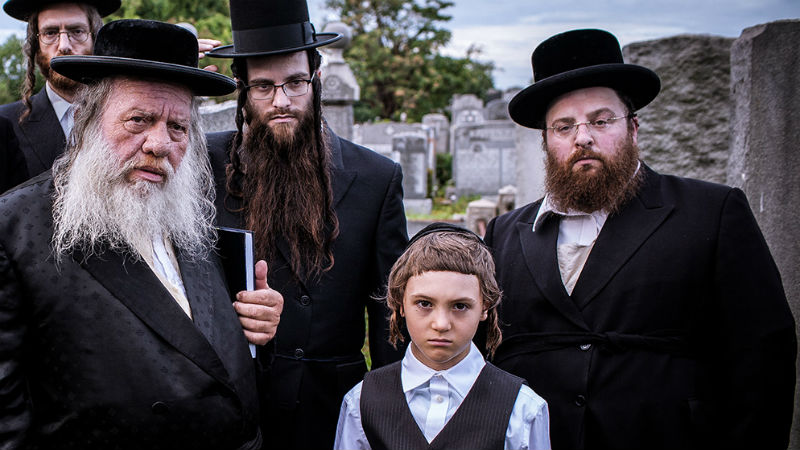 The topic of the young and blundering widower rediscovering life and in some ways behaving like a bachelor, unable to keep his house clean and cook for himself, is quite universal. At moments, I could almost picture a Hollywood comedy such as Mrs Doubtfire (Chris Columbus, 1993). There is an enormous pressure for Menashe to remarry, and his attempts at finding a last-minute wife are funny and awkward. All decisions are ultimately made by the Ruv (a senior master), so Menashe has to come across as a presentable and viable father and citizen to everyone he comes across, lest they rat on him.

Ultimately, this is not a film about the religion, and the issues are relatable for people of most creeds and in mostcorners of the world. But the script isn’t entirely riveting. It lacks subplots, and the consistent focus of Menashe’s plight just isn’t effective enough from both a cinematic and a dramatic perspective The stoical attitude of the community sometimes borders the monotonous. Despite the universality of the topic, the movie often banal. It’s more interesting to watch as a peek into a hermetically closed society than a compelling drama.

Menashe is out in cinemas in the UK on Friday, November 3rd. The film has previously toured the US and Europe, and showed at various film festivals. Out on all major VoD platforms in April.