ArteKino and Festival Scope have a prezzie for you: 10 European films that you can watch from the comfort of your lounge anywhere in the old continent for free; but HURRY UP, you have to do it before December 17th

This December you have an extra reason to stay at home. Even better: you have 10 reasons to stay at home. As if you needed yet more encouragement to trade the freezing temperatures outside for the comfort of your sofa and the company of dirty European film. The online platform for independent films Festival Scope has teamed up with the European culture channel ARTE and come up with ArteKino, a unique online film festival featuring 10 carefully selected films not available anywhere else for a limited period only. And it’s entirely free: there are to hidden catches and credit card numbers to be given out!

Each film can be viewed by 5,000 people between December 1st and December 17th on a first-come-first-saved basis, and they are available everywhere in Europe unless stated otherwise (see exceptions below). All films area available in the UK and Ireland, except for Chevalier.

These gems were carefully handpicked by Olivier Père, Director of Film at ARTE France and Artistic Director at ArteKino Festival. He explains “ArteKino is designed to be a 100% free digital event, the festival was born out of ARTE’s desire to strengthen its support for modern European arthouse films in an original manner by giving yet them greater visibility and wider distribution.” 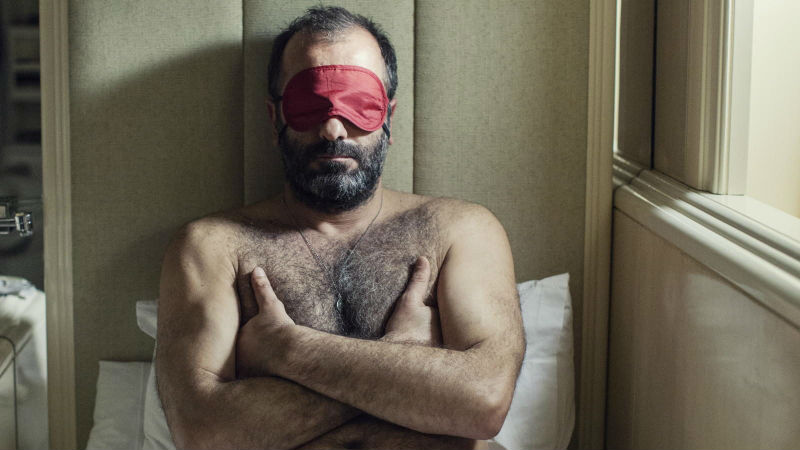 He went on to explain how the event is curated: ” we have selected 10 films that represent the eclectic and daring trend sweeping across modern European film productions. Alongside the latest work from renowned filmmakers, we have decided to showcase new talent, with some directors’ first ambitious feature-length films that demonstrate the outstanding creative ability of the new generation from countries such as Romania, Greece and Poland.”

The amazing selection includes a Bulgarian story of lovelessness, corruption and addiction, with a twist, a Portuguese tale of sorrow and nostalgia, the life of controversial Polish surrealist painter Zdzisław Beksiński, before he rose to fame, and also a very dysfunctional macho game in Greece (pictured above), plus much much more. Check the full list just below, and visit ArteKino’s portal in order to view them RIGHT NOW!

Berlin-based engineer Michael must travel to Norway for his father‘s funeral. His sister is unwilling to go, and Michael is left alone with his 14-year-old son Luis, with whom he has always had minimal contact. Michael tries to bond with Luis while exploring the remote region of northern Norway for a few days. But their first trip together is much more difficult than expected. Daily interaction is unfamiliar territory to both, and Luis obviously holds a grudge because of his father‘s negligence. But during these longest days of summer, Michael is determined to break a bittersweet father-son pattern.

The film showed at the following festivals (and it took home the prize between brackets): Berlin (Silver Bear for Best Actor), Hong Kong, Buenos Aires and Taipei Golden Horse. It is not available for viewing in the following countries:Albania, Bosnia & Herzegovina, Croatia, Kosovo, Macedonia, Montenegro, Serbia, Slovenia, Austria and Norway.

During the summer of 1937, Emanuel, a young man in his early 20s, is committed to a sanatorium on the Black Sea coast for treatment of his bone tuberculosis. The treatment consists of painful spine punctures that confine him to a plaster on a stretcher-bed. Little by little, as Emanuel gets accustomed to the sadness of his new life, he discovers that inside the sanatorium there is still a life to be lived to the fullest. He makes friends and engages in conversations, he reads, he writes, he smokes and drinks, interacts with doctors, nurses and stretcher-bearers. Meanwhile, outside Romania doesn‘t have much to offer him, as it turn into an extreme right-wing society.

The image at the top of the article was taken from Scarred Hearts.

In the middle of the Aegean Sea, on a luxury yacht, six men on a fishing trip decide to play a game. During this game, things will be compared. Things will be measured. Songs will be butchered, and blood will be tested. Friends will become rivals and rivals will become hungry. But at the end of the voyage, when the game is over, the man who wins will be the best man. And he will wear upon his little finger the victorious signet ring: the “Chevalier.”

Rokas and Inga, a couple of young Lithuanians, volunteer to drive a cargo van of humanitarian aid to Ukraine. When plans change and they find themselves left to their own devices, they cross the vast snowy lands of the Donbass region in search of allies and shelter, drifting into the lives of those affected by the war. They approach the frontline in spite of the danger, all the while growing closer to each other as they begin to understand life during wartime.

Struggling against the crisis in Portugal a mother doubles up jobs to pay the bills since her husband is unemployed. Their teenage daughter tries to keep living her everyday life even if the money’s running short and makes everything uneasy. Escaping from their common reality, they slowly become strangers to one another, as the tension grows in silence and in guilt.

This Portuguese film showed at the following festivals (having won the following prize between brackets): Berlin, Uruguay, Hong Kong, Indie Lisbon, Melbourne, Scanorama Vilnius and the Bildrausch Filmfest Basel (Best Film). It is not available for viewing in the following countries: Finland, Denmark, Switzerland, Sweden, Norway, Poland, Portugal and France.

Click here for our dirty review of Teresa Villaverde’s Colo.

In a remote Bulgarian town, Gana looks after the elderly with dementia, while trafficking their ID cards on the black market of identity theft. At home, she provides for her jobless mother, with whom she hardly speaks. Her relationship with her car-mechanic boyfriend is no shelter for love either – with sexual attraction vanished, intimacy is reduced to an addiction to morphine. Things start to shake up, when Gana hears the music of Yoan, a new patient, whose ID card she has trafficked. A growing empathy for the old man unlocks Gana’s conscience. But when Yoan is arrested for fraud, she learns that doing ‘the right thing’ comes at a high price.

The desire to have a full sex life becomes a vital, political option when Antonio, a tetraplegic writer, decides to set up a space offering sexual assistance in his own home. He who wants to live ends up having problems with life.

Zdzisław Beksiński, a Polish surrealist painter, is a cult artist who has portrayed decaying bodies and fantasised of hard core sadomasochistic sexual experiences. Known for his keen sense of humour, he is also scared of spiders and tending to his sick mother. His neurotic, suicidal son, Tomasz, is a cult radio DJ and translator, responsible for the Polish versions of Monty Python films. His wife, Zofia Beksińska, a devout Catholic, endures these two eccentrics and glues the family together. As the parents try to prevent their son from hurting himself, their lives are defined by painting, a series of near-death experiences, funerals and changing trends in dance music.

Click here for our review of this superb Polish film.

For the holidays, Gabriel and Iris return to a family house in Portugal with their daughters Emma and Zoe, irresistible six-year-old twins. In the heart of a solar landscape, between bathing in the river and their kids’ laughter, the couple’s past resurfaces.

The festivals where Soleil Battant showed include: Black Nights, Bordeaux, Arras FF, Gardanne Autumn and the Auch Festival. The film is available for viewing everywhere except France and Portugal.

Rikard is an autistic and severely deformed man who tries to find his way back to his long lost mother through the game of pétanque (a form of boules) and using the help of a 200 foot giant. His fragile physique and a harsh judging environment makes everyday life tough for him. Convinced that his mum will take him back if only he wins the Nordic championship of petanque, Rikard tries to do the impossible.

Some like it hot and wild: get lost in this highly visual and melodic template of nightlife with the hedonistic youth of Portugal - available for online streaming for a limited period only [Read More...]