A toddler dies, a family cries and by a stroke of strange luck, a woman is saved when she is failed by her eyes. Thus begins Gary Sinyor’s The Unseen, a 12-year project that changes charming Cumbria’s Lake District into a site of blurry bereavement and tense psychological thrills. But with so many films called The Unseen, it remains to be seen whether Sinyor’s vision will find a high perch among its cinematic compatriots.

The scene of The Unseen is perfectly set in the opening moments of the film. We are introduced to voice artist Gemma (Jasmine Hyde) and Irishman Will (Richard Flood), a happy couple with a young toddler and a comfortably middle-class lifestyle. Indeed, their homely comforts prove to be catastrophic when their child crawls into the basement swimming pool and drowns to death. This inflicts deep psychological wounds on both parents. 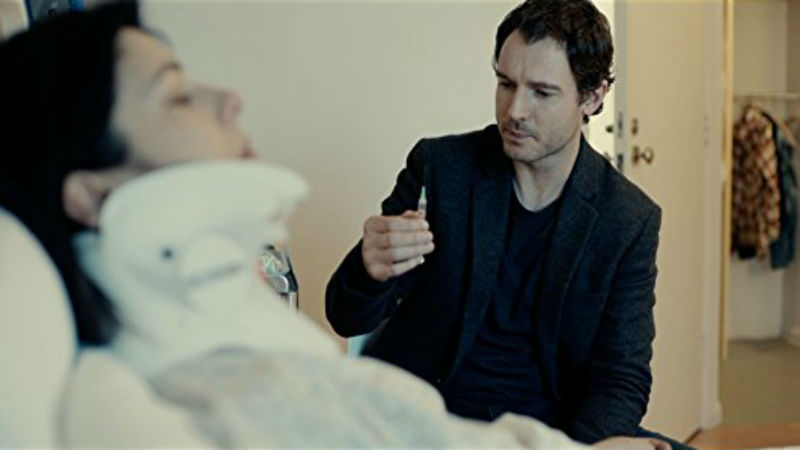 While Will retreats into religion and its ethereal promises, Gemma experiences anxiety that triggers temporary blindness, a rare neurological condition known as amaurosis. During her first episode of blindness, Gemma panickedly stumbles out of her house and is taken to the hospital by a concerned passer-by, Paul (Simon Cotton). The three form a relationship bound by bereaving vulnerability and Paul’s empathetic kindness. Soon enough, Gemma and Will accept an offer to stay at Paul’s calm Lake District guesthouse, where the majority of the plot unfolds.

Although the grieving parents hope to find silent solace in this distant lakeside retreat, their psychological horror intensifies. Will is haunted by apparent auditory hallucinations of his son, which in turn take their toll on his sanity as he struggles to disentangle reality from fiction. Gemma’s panic attacks also escalate and her vision blurs time and time again. In a nice optical touch, the audience shares Gemma’s amaurosis with the help of digital effects. The first time this happens is truly terrifying and disorienting, as the viewer is forced to rely on vague visual outlines and frantic auditory clues. The dualistic representation of bereavement works well in its exploration of how the mind can play tricks at the worst possible moments. This sense of mental confusion is aided expertly by the delightful dread of Jim Barnes’ score. Snappy strings give a chilling accompaniment to the secluded setting and ratchet up a riveting atmosphere.# 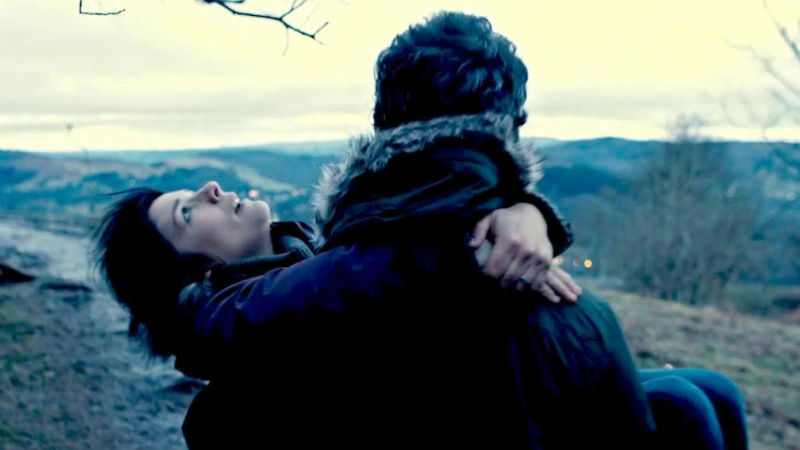 As a concept, The Unseen is full of excellent potential. Unfortunately, its execution is far from Hitchcockian and ultimately disappoints. The film was made with an eight person crew and a low budget. This is evident all too often through recurring bouts of inauthentic acting. Himesh the taxi driver seems to be a pleasant enough man, but his delivery feels more at home on a daytime soap opera. Similarly, Will’s madness is frequently played with frenetic melodrama that leads to unintended laughter rather than horrified sympathy. The plot also has a few too many holes. The relevance of Gemma’s pregnancy remains unclear, as does Will’s erratic behaviour and Paul’s wanton intentions.

While the imposition of Gemma’s blindness onto the viewer has an initial impact, it starts to wear into a thin gimmick by the fourth or fifth incidence. In fact, the pacing of the film is let down by its overwhelming length of 108 minutes. Too much time is dedicated to showing Gemma’s visual deficiencies, yet Will’s character isn’t given enough development for his psychological breakdown to convince. The final sequence is then resolved in a quick, fortuitous fashion that can only disappoint when the muddled middle is so lengthy.

The Unseen provides a fascinating snapshot of bereavement and the ways in which grief can alternately manifest itself. As a psychological thriller, it feels somewhat drawn out until the final third. Likewise, the strange lack of motive in the big plot twist, as well as some sub-par acting, break the mood just as the tension is cranking up. The Unseen is by no means a bad film, but it may have been better suited to a 70 minute Saturday night television release. The Unseen is out in UK cinemas on Friday, December 15th.

Not a walk in the park: four young men mourning the tragic death of a friend go on a hiking trip in Swedish woods, but what they encounter is far from comforting - on Shudder on March 7th; also available on other platforms [Read More...]

One thought on “The Unseen”