The Man Who Invented Christmas

"Mostly clean movie"
This season, meet the English writer who invented Christmas... and the filmmaker who ruined it!!! Sloppy portrait of Charles Dickens and how he came to write A Christmas Carol is not going to fill your heart with holiday joy - in cinemas

Christmas is a time to celebrate our loved ones and savour the special relationships we have with each other, isn’t it? Embedding these notions in modern society, Charles Dickens’s A Christmas Carol is a shining beacon of such values and constantly reminds us to be kind and affectionate to everyone. Recreated in the form of the muppets, animation and fiction film, the story is a timeless and fundamental human tale. This festival year, we are lucky enough to be blessed by the presence of The Man Who Invented Christmas, adopting the mould of Goodbye Christopher Robin (released earlier this year), which extrapolated upon the origins of the author A.A. Milne his life. Specifically, Bharat Nalluri’s film deals with how Charles Dickens came to write the famous story of Ebenezer Scrooge.

Similar to Simon Curtis’ dross affair, The Man Who Invented Christmas works as an arduous account that lacks any real fleshed out characters. In their places are left only caricatures that operate in a sea of beige. For a film that attempts to pride itself on recounting history, it’s surprising how unimaginative the whole affair is. Granted its target audience do not own a bank account or know the impacts of Brexit on society, its lack of creativity or even slight fun leave it in a void of a grey dullness that is the complete antithesis to Christmas cheer. 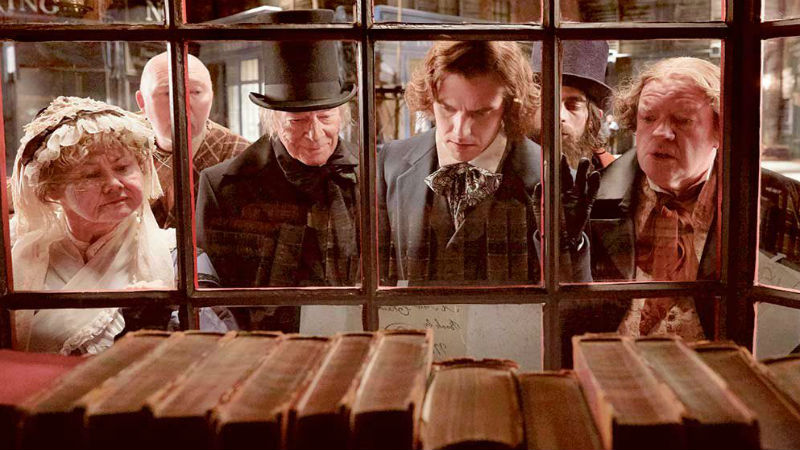 Charles Dickens (Dan Stevens) is a pantomimic (-ish) character filled with an array of voices and facial expressions clearly characteristic of the greatest Victorian writer. After his hit success of Olivier Twist in 1838, his creative juices have suddenly come to a halt in three underwhelming publications. Feeling critical and financial pressure to write again, he is left facing further ridicule if he does not publish a new book soon. His next tale comes to mind when he hears his maid telling ghost stories to his children, becoming the framework for what eventually becomes A Christmas Carol.

Cutting back to his childhood and hustler father, played by Jonathan Pryce, the film tries desperately to give viewers a strange concoction of both these Dickensian classics. Portraying Scrooge in an acceptable fashion, Christopher Plummer appears as the imagined character in Dickens’ study whilst he creates this world. Haunting him throughout, until the writer’s ending is complete, Plummer is perfectly serviceable.

Creating the novel for the sole purpose to lavishly furnish his house, pay off a few debts and silence an irritable critic of his work, Dickens in this version is a self-centred cartoon. In his position as bringing to light the social injustices of the Industrial Revolution, real life Dickens championed a lower working class. Though referred to as a “man of the people”, Stevens’s character rarely shares a scene with someone who is not finely dressed. Yet, when the film does come to present the lower working classes, it resorts to a clichéd depiction of coal covered faces and yellow death. The seething underbelly of Victorian London, which is omnipresent in Dickens’ works, is replaced with cheery cheap looking sets that feel as vacuous as the character’s presented on screen. Behind the screen, pulling The Man Who Invented Christmas along by the scruff of the neck is Mychael Danna’s score which is unrelenting in its task to act as emotional filler. 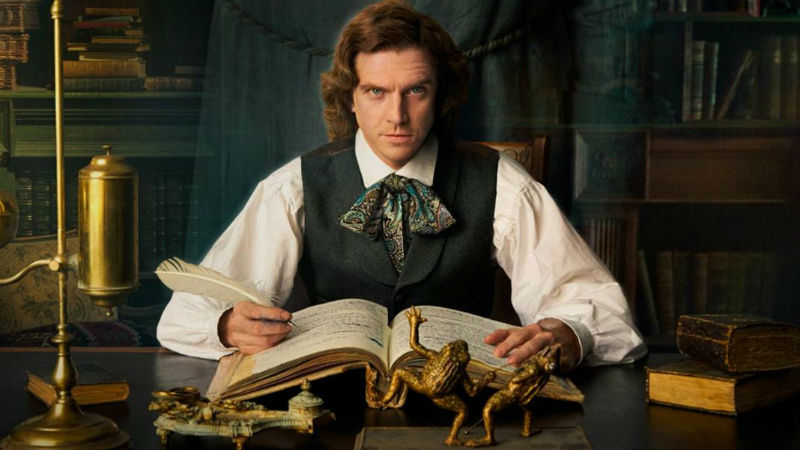 The messages of familial love and affection that is so pivotal to Christmas time are hastily rushed at last minute into the film and it never feels that Stevens’ Dickens actually believes in such traditional values. Throughout the whole narrative, he is never shown to pay much attention to his wife, Kate Dickens (Morfydd Clark), his children or appear socially approachable. As a money driven, egotistical and with a hint of multiple personality disorder, there’s not much Christmas spirit in this Charles Dickens.

Through all this negativity, The Man Who Invented Christmas thankfully is not crass or vulgar. Its shortened running time of well under two hours leaves as a short painful experience, luckily. As one character states to Charles, ‘I’m exhausted spending two hours in your company’. Speaking to my inner self I got lost in boredom,Susan Coyne’s line of dialogue could not more acutely summarise any sane person’s impressions on the flawed, soulless commercialised piece of seasonal greetings.

The Man Who Invented Christmas is out in cinemas on Friday, December 1st. We recommend that you avoid it, and pay a visit to your long-neglected aunt instead, and spread some love and Christmas cheer. And buy her a little prezzie with the money you would spend on the cinema ticket.

And click here for a far more touching and convincing Christmas tale!

Take a walk on the wild countryside: travel almost 1,000 years back in time and join Edith the Fair in her pilgrimage towards the body of her husband tragically killed in the Battle of Hastings - Andrew Kotting's latest film is out in selected cinemas [Read More...]

Who the hell stole my play? Maysa Monção writes a letter to the late French playwright Jean-Luc Lagarce letting him know that Xavier Dolan did a great job adapting his masterpiece to the silver screen; you wouldn't want the poor man rolling in his coffin! Available now on Mubi [Read More...]