"Dirty gem"
Not your average coming-out tale! Movie about teen juggling his homosexual inclinations against a heteronormative circle of friends in Brooklyn is both moving and gently disturbing - on BFI Player

It’s New York, it’s Summer and it’s sultry. The tarmac is sizzling, and the pavement scorching hot. And so are the libidos of young men. Frankie (Harris Dickinson) is no exception. The problem is that he is very confused about his sexuality. The extremely attractive young male is dating an equally stunning female called Simone (Madeline Weinstein, who’s not related to the now infamous Harvey), and he hangs out with young straight men of his age. She struggles to have sex with her, and instead fulfils his sexual needs through online gay chat rooms and stealthy sexual encounters with older men. 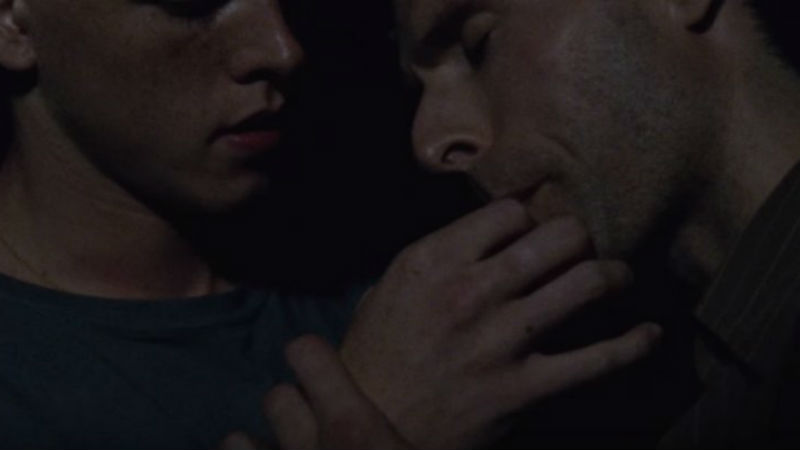 This sounds like an ordinary predicament, familiar to many gay men. There’s nothing unusual about a teenager grappling with his sexuality. What makes Beach Rats so special is director’s sensitive gaze, and the very realistic and relatable settings. The young female filmmaker Eliza Hittman, who’s only on her second feature, managed to penetrate (no pun intended) a male and testosterone-fueled territory to very convincing results. The film is neither exploitative nor sanitised. Sex is uncomfortable and awkward: both the failed attempts with Simone and the quick interactions with older men (in their places, or even in the woods at night). Frankie is a treat for the online pundits: he’s “scally” with a touch of sweetness and innocence.

Simple sounds and visual effects make the film particularly engaging. Fireworks become a symbol of a disjointed sexual eruption. The acting is also very effective. Dickinson, who is British, mastered a perfect Brooklyn accent. His very own sexuality became a matter of public interest. Is the teen living an ambiguous life just like in the film, or is his sexuality well resolved; and is he gay, straight or bisexual? Of course the answer is not relevant, and so I’m not going to reveal it. And I know you’re not going to look it up because you’re not the slightest bit curious, right? I thought so. 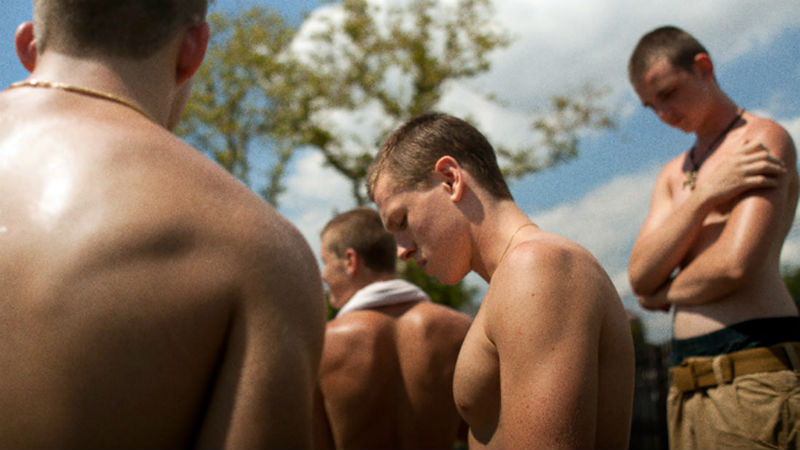 This very dirty American film also delves with a number of issues very pertinent to the 21st century. One of them is the toxic effect that technology can have on gay and bisexual men’s ability to develop relationships. Sex becomes mostly dehumanised and desensitised, feelings are banalised and even the interaction becomes dangerous (in the sense of physical integrity). Young males are particularly vulnerable to the notion that one can engage in gay sex without being gay.

The film also reveals that there’s still a stigma attached to homosexuality, and interestingly it’s the female (Simone) who disseminates the most old-fashioned prejudice: two women together is “sexy”, while two men together is simply “gay”, she explains with a grimace. There’s also a “gay” test that consists of comparing the length of your ring finger with your pointer finger. And it’s 100% accurate!

Beach Rats is out in cinemas across the UK on Friday, November 24th, and the following week on BFI Player.

Four gay men in Philadelphia seek something profound and meaningful in their lives, but instead they are trapped in their empty existence without love and affection [Read More...]