"Filthy genius movie"
Mental health is no child's play: all the odds seem to be stacked against a father’s struggles to care for his bipolar adult son, in a film that's a sharp comment on Hong Kong's failure to care for its most vulnerable

Lorry driver Wong (Eric Tsang) lives in a cramped apartment block in Hong Kong. He collects his estranged adult son Tung (Shawn Yue) from the hospital. Tung is bipolar and the doctors say there is nothing more they can do in order to help him. He must return home.

But “home” is less simple than it sounds. His mum (Elaine Jin) was bipolar, too. Dad walked out on the family years earlier. Tung resents him for it just as he resents his brother, his mother’s favorite, who impressed her by doing well in school and getting himself a lucrative job in the US where he now lives. As he pointed out to his mother while she was still alive, it was Tung – and not his idolised brother – who stayed behind to look after her. She was incontinent and he had to help her wash and shower regularly. In the end, that didn’t work out because following a heated argument between the two of them, she had a fatal accident in the shower – an incident which keeps coming back to torment Tung. 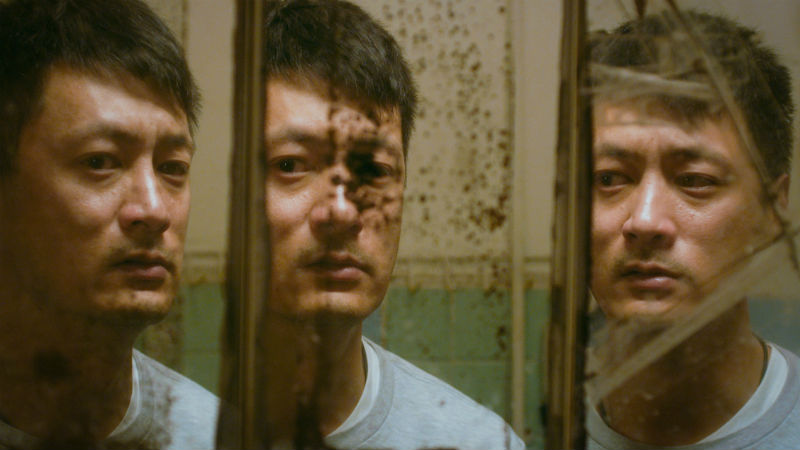 Then there’s the matter of Tung’s former girlfriend Jenny (Charmaine Fong) who left him the night of their engagement when he unexpectedly and violently turned on her. He wants to find her and get back together. But that may not prove possible. When Tung tracks her down, Jenny explains that although she’s paid her share of their mortgage, if he can’t pay his share she stands to lose everything. She’s also managed to pay off the debts he got the couple into which she only discovered after they split up. Determined to make the relationship work, he accompanies her to the Christian church service she now attends where she goes up to the front and explains to the congregation how he destroyed her life and she hates him, but God will help her to love him. Not exactly the best basis to build a relationship, Christian or otherwise.

Tung’s one friendship which seems to work is with the trusting 10-year-old (Ivan Chan), who lives with his mother next door to Tung and his dad. She doesn’t want her boy to get his hands dirty since she thinks manual work is beneath him, but unbeknownst to her, he loves gardening. Tung helps him grow plants on the roof – until the boy’s mother discovers he’s bipolar and bans him from seeing Tung. But the pair secretly communicate through the paper thin walls anyway. 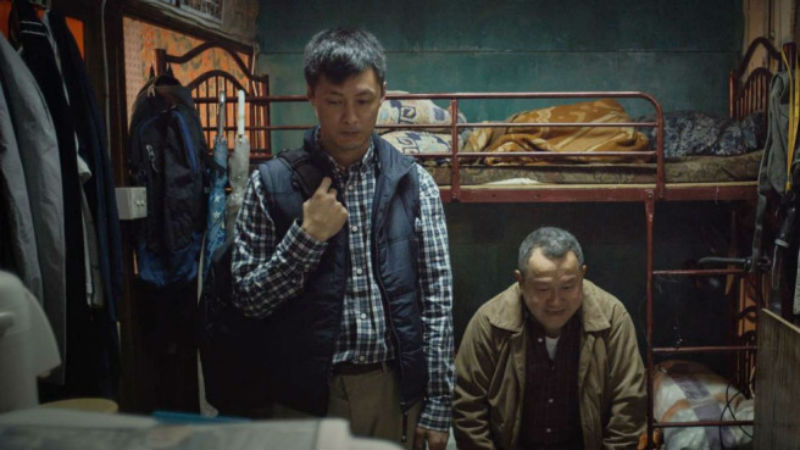 The script, co-written with Florence Chan, really gets under the skin of those living with bipolar disorder. Director Wong gets terrific performances out of his cast too, particularly Tsang and Yue. Hong Kong cinema is not generally noted for sharp movies about social issues, but this is one of those films that bucks that trend. It’s pretty obvious that none of the characters here, from Tung himself through to the housing block residents around him, are coping well with Tung’s bipolar condition. There are lots of complications and no real solutions offered except the implicit suggestion that Hong Kong society has failed to deal with this difficult issue and it might be a really good idea if people were at least to start openly talking about it. Clearly this film is a welcome nod in that direction. Wong and his team are to be congratulated on putting this extremely dirty and largely taboo issue out there in such a compelling way.

Mad World played in Creative Visions: Hong Kong Cinema 1997 – 2017, which took place in London between November 17th and 19th. This is a filthy genius movie worth keeping an eye on, and we will let you know about any further opportunities to watch it. Just follow us on Twitter!