"Greasy movie"
It`s dark inside... the human mind! Chilean psychological thriller has a very a taut and insular narrative, which serves a commentary on the country's class system - at the ICA and on DVD

In recent months through the critical and audience reception of Darren Aronofsky’s mother!, the home invasion sub-genre has received some untoward criticism. Underlining the discrepancy between these two viewers, it was chiefly in the film’s tension building that leads to audience walkouts and negative feedback, the former which captivated critics. It’s a genre which deserves time and the pleasures of the final moments are an accumulative effect of this slow burn. Working with this genre and to such a level of sadism is Jorge Riquelme Serrano’s Chameleon, Sitting a taut 80 minutes, whilst filmed in production during four days, its insular approach expands to comment upon an internal class conflict within contemporary Chile.

The final days of summer are typically filled with a sense of melancholy upon the impending darkness and decay that autumn and winter holds. The home of Paula (Paula Zúñiga) and Paulina (Paulina Urrutia) is similarly ajar with this tangible sadness. Wondering around cleaning glasses, Paulina’s morning tasks are rudely interrupted after throwing a final party at their idyllic coastal house, they are visited by Gaston (Gastón Salgado) who is returning two glasses accidentally taken from the party with their shared friend, Franco (Alejandro Goic). To the woman, Gaston appears friendly and pleasant. Still, Gaston and Franco have already been framed in an extremely tight close up before the opening title cards with Gaston clearly holding sexual and physical power over the aged Franco. Establishing a dubious stance on the character of Salgado, the film places the audience one step of the main character’s surrounding the true nature of his visit. 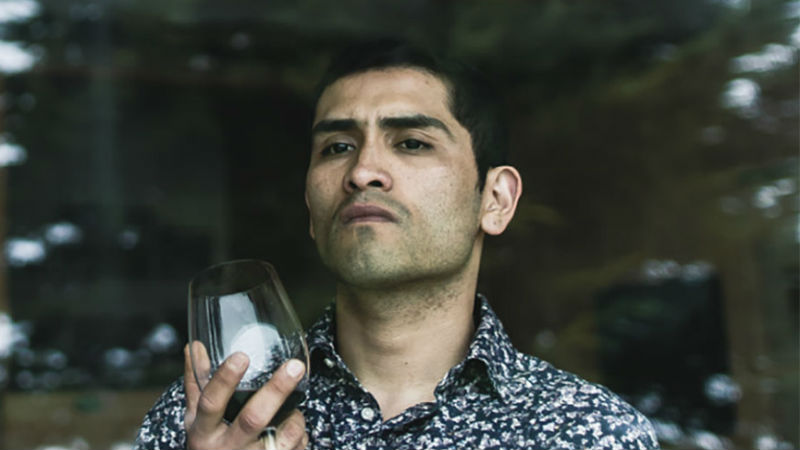 Filled with a decadent mise-en-scene, the summer house is the zenith of modern affluent wealth. Reflecting this weather, Paulina’s costume emphasises her conservative and advantaged status. An antithesis to her is Paula who clearly possesses wealth but not to the inherent nature of her female counterpart. Placed socially beneath them, Gaston’s complexion is not as privileged as the two women. In the interaction between the three over glasses of wine in the luscious sunshine, Serrano’s elicits a multiplicity of socio-political and psychological readings. Underpinning the sheer uncanny atmosphere omnipresence due to Gaston’s being there, the sub-text of Chameleon is its main driving force. In a particularly grotesque scene, the camera lingers somewhat too long, depleting its overall impact.

As they say, slow and steady wins the case with Serrano craving up a weighted narrative with a fine collection of themes and topics being discussed with every passing scene. Acting as another touchstone, The House of the Devil (Ti West, 2010) similarly erupts in its final moments into violence and narcissism.

Chameleon debuted in 2016 at the BFI London Film Festival. It was made available on Amazon Video on November 10th. It’s showing at the ICA London on January 28th, including a Q&A via Skype with the director. It’s out on DVD on February 5th.

The face, the sounds, the smells and even the taste of child abuse come back to haunt the Catholic Church in Chile, in astounding new movie [Read More...]