"Filthy genius movie"
Strange highs, strange lows! Dutch flight attendant has romantic relationship with underage Romanian teen, but the reasons for her affection are far more complex than they seem - from the Rome International Film Festival

For me, film festivals are exciting because they are a little bit like the theatre. They are a singular live experience. Even if you have planned it well, there is always room for surprise. There will always be a movie whose director you never heard of, spoken in a language you don’t speak, with a very unexpected plot. In Blue is one those films. It’s a film so original and daring that it deserves a review. 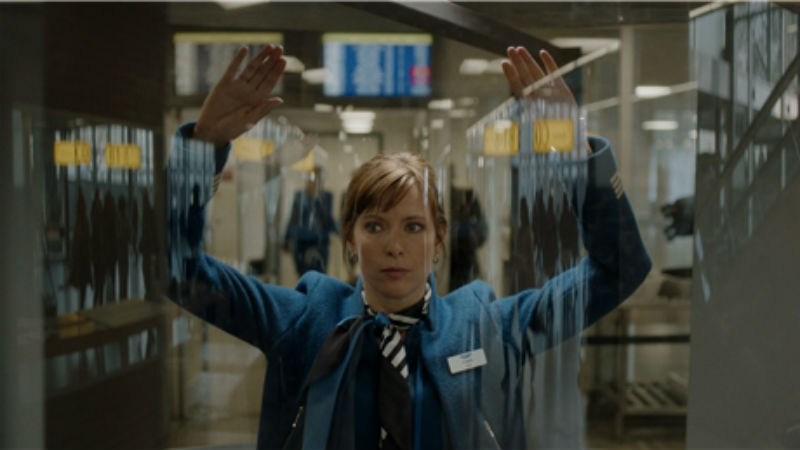 Spoken in Dutch and Romanian, In Blue has two protagonists: an independent Dutch flight attendant called Lin (Maria Kraakman; the film title refers to her uniform) and a 15-year-old boy called Nicu (Bogdan Iancu), who lives on the streets of Bucharest. In the first scene, Lin delivers a passenger’s child in mid-air. Meanwhile, Nicu’s (Bogdan Iancu) washes his teeth in a dirty train station toilet. Despite looking dirty and scruffy, Nicu seems quite concerned about his teeth. He gives his sister a toothbrush as if the little girl would value it more than a doll. The second time Nicu washes his teeth we learn that he just gave someone blow job. Nicu happens to be a rent boy.

Nicu literally crosses Lin’s path. Lin is late to the airport. She gets on a taxi and asks the driver to hurry, which he does until he runs over Nicu. She follows the boy to emergency and suddenly they bond. To the extent that she swaps her shift with another flight attendant so she can be with him.

We cannot figure out what sort of relationship they have. Lin behaves motherly but she also puts on perfume and make-up whenever they are about to meet. Nicu becomes dependent on Lin’s affection and care, and perhaps he also has a vested interest her money. Such intriguing connection resembles the one in Pixote, the Law of the Weakest (Hector Babenco, 1981). Likewise Pixote and and the prostitute Sueli in the Brazilian movie, Nicu and Lin stage a pietà moment for the cameras. 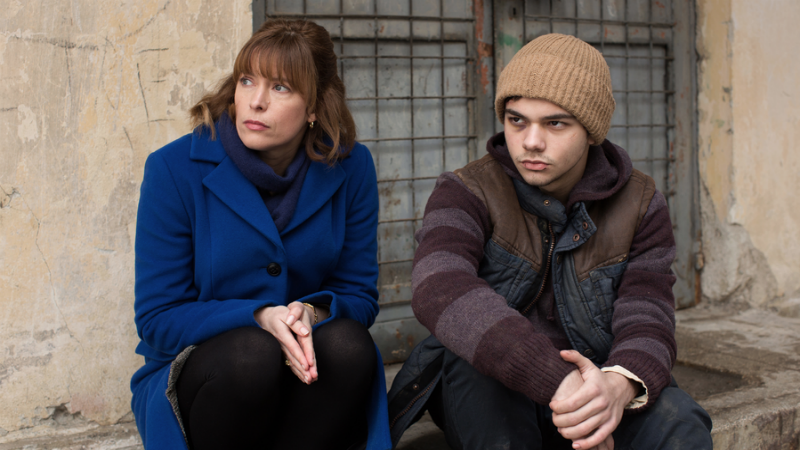 In Blue conquers your heart with its ambiguity. The filmmaker illustrates Mother Teresa’s quote: “I have found the paradox, that if you love until it hurts, that can be no more hurt, only more love.”

Little by little, we understand why Lin is infatuated with the boy, and you will probably forgive her for it. She seduces a minor, buys him clothes, invites him to her hotel room, pays him to show her the streets of Bucharest. But there is more to than meets the eye. Life is never what it seems. Life is far more complex. The cinematography, on the other hand, is far simpler and closer to reality. The places where Nicu goes, the corners he inhabits with other homeless people give you a real feel of life on the streets Romania, and how the country its failing its poor people.

In Blue is showing at Rome International Film Festival. Highly recommendable for other festivals and also for distribution.