"Greasy movie"
The s**ttiest show on Earth! Rockumentary examines the legacy of GG Allin, best remembered for defecating on stage and assaulting his fans - from the Doc'n Roll Film Fest

Some people simply don’t seek redemption. They live for the sake of subverting everything they come across. The late Kevin Michael “GG” Allin, born in New Hampshire in 1956, took this to an extreme while performing. The infamous rocker vomited, defecated on stage, ate the faeces, viciously attacked his own fans and broke into the street naked vandalising whatever he came across. He also promised to commit suicide on stage, but a drug overdose claim his life in 1993 before he could perform the outrageous deed in front of his fans. AllMusic and G4TV’s That’s Tough have respectively described him as “the most spectacular degenerate in rock & roll history” and the “toughest rock star in the world”. 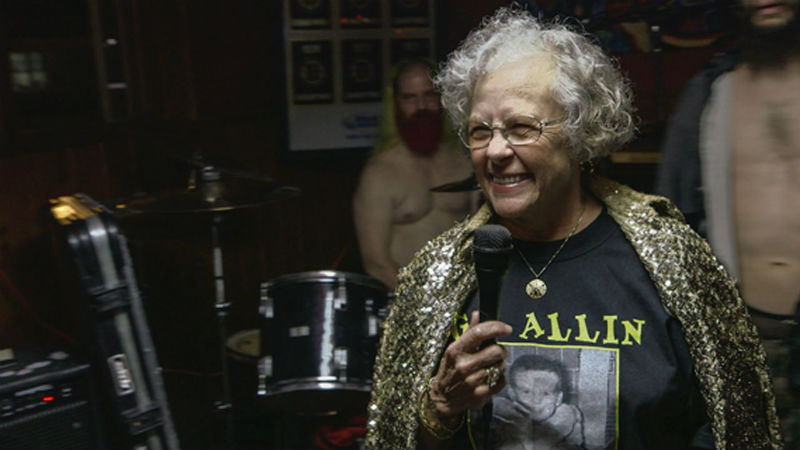 Like the film title suggests, this isn’t just a documentary about GG Allin, but also his surviving family members: his mum Arleta and his brother Merle. GG is very much alive to both of them, if in very different ways. Arleta (pictured above) has decided to reclaim the sweet and human side of GG, insisting that he was a loving human being and still “her boy”. On the other hand, Merle seeks to perpetuates his brother’s legacy by growing a moustache, playing music and… ahem… painting with faeces.

The doc fittingly starts and ends with death, a theme that seemed to prevail on GG’s life. His fans often urinate and defecate on his grave, his his mother’s dismay. Arleta describes her as “normal, if a little kooky”, and indeed the old lady comes across your average and avuncular grandma. She doesn’t understand how she could give birth to two such eccentric characters, which doesn’t stop her from loving both of them profoundly. Merle doesn’t visit her often, and they listen to his latest tune together: “sucking your pussy on a Friday night”. Such a beautiful way to bond with your mum! 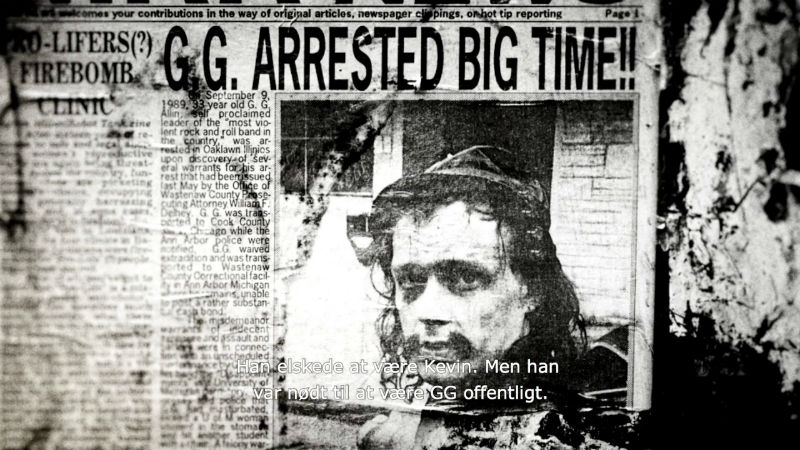 This is a very interesting doc for those familiar with GG and also those who never heard of him, however there is something a little awkward about it. By focusing too much on Arleta, it feels almost like the filmmaker wanted to redeem GG Allin, embracing the lady’s notion that he was a nice and a loving human being. There is a even a romantic piano score on the background. In reality, this in the antithesis of what GG ever strove to become.

GG Allien wanted to be hated by his fans, that’s why he attacked them. He was was fueled by anger, and did his utmost to generate animosity. Plus his musical talents were extremely limited, and I doubt he wanted to be remembered for skills – no matter how his mother insists otherwise. His concerts were a freak show. He is probably delighted when people vandalise his burial stone with excrement and all sorts of bodily fluids. He must be rock’n rolling in his grave.

The Allins is showing as part of the Doc’n Roll Film Festival taking place between November 2nd and 19th.