"Greasy movie"
Acting as a gateway between past and present, doc remembers the arrival of Acid House and the Hacienda days in the vigorous and energetic Northern City - from the Doc'n Roll Film Festival

In 1986 record producer Mr. Fingers’, aka Larry Heard, came up with the iconic Can You Feel It. The melodic synthesised groove is complemented by the gospel and prophetical lyrics.

‘In the beginning, there was Jack, and Jack had a groove.
And from this groove came the groove of all grooves.
And while one day viciously throwing down on his box, Jack boldly declared,
“Let there be house!” and house music was born.’

To Manchester, this spiritual awakening came in the former of Heard and co’s music of Acid House. The good old days of The Haçienda are well documented in the form of late night BBC Four documentaries. Its notoriety is known throughout the country but what hasn’t been the subject of inspection is that state to which Manchester’s nightlife now finds itself in 2017 after this ground-breaking movement. 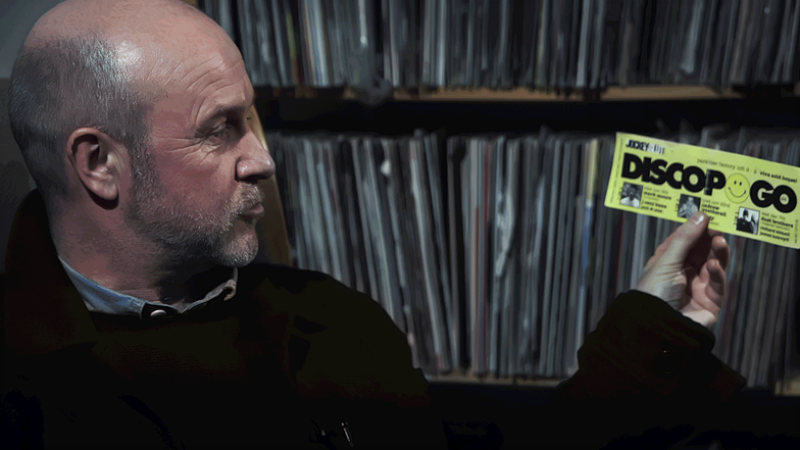 Looking back to the past, whilst observing the present, Manchester Keeps on Dancing is a contemplative documentary that merges Resident Advisor’s long standing Between the Beats series with the historicity of a house music. Serving as a timely reminder that the city transcends the government’s ’Northern Powerhouse’ regime and does things its own way, Javi Senz creates a poignant love letter to Mancunian’s and their city, chiefly through his acute non biased perspective.

Using the daily life of DJ Krysko – a long standing resident at Warehouse Project- as an entrance point into contemporary Manchester, Senz starts his story in the present. As a northern artist, the DJ “feels an obligation to carry on the great work people have done previous in Manchester and to keep it going”. Though separated by 30 years, his story and the tales of those DJs who came before him are all intertwined by the same city and the same music. Though the Spanish director does later use the standard format of talking heads when interviewing the likes of Seth Troxler, David Haslam and Laurent Garnier, it is within the initial personal interaction and voice over of Krysko that acts as a gateway into history and the present. Establishing its rich culture, the film then works through all the pivotal nights that have been held towards present day and Krysko.

A juxtaposition to those formulaic late night musical documentaries, Manchester Keeps on Dancing has an ever present soundtrack. Upon starting each track, their titles are introduced in the top left of the frame. Speaking to a generation, myself included, who use Shazam as a tool to discover a song’s ‘ID’, it’s a touch point for modern society and its instant information. 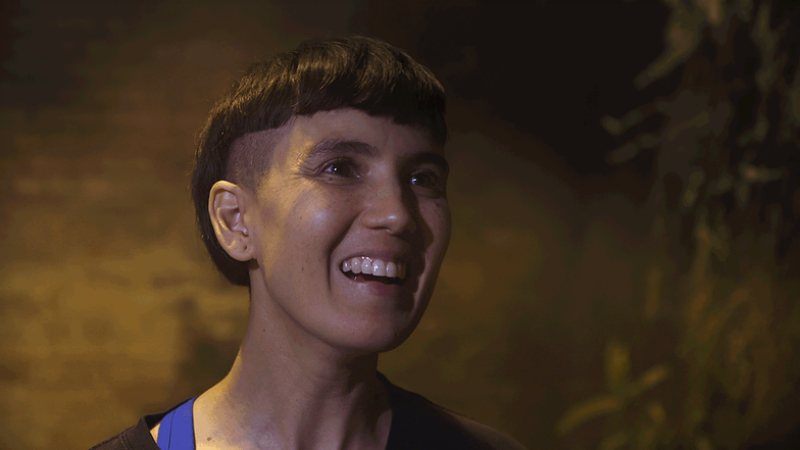 As a recent graduate of the University of Manchester, it is with pleasure that I see the city represented so accurately on screen. From the famous ‘Piccadilly Rats’ band who play on Market Street to beloved venues as Soup Kitchen, the atmosphere of the city has been captured faithfully and projected onto film. Granted, Manchester’s scene in parts monopolized by Sacha Lord’s gargantuan Warehouse Project, who share ties with the featured Zutekh. On another hand, it would have been refreshing to see the promoters at Meat Free, High Hoops or the great folks at Eastern Bloc given a fair representation as these three curate more inventive and original nights. Featured in the film, Sankey’s Soap was recently closed due to the building being sold for apartments. The ever-changing scene of nightlife will always have its victims and this information could have been added in post to demonstrate the lows which come with the highs.

After welcoming the film, theatre and arts centre HOMEmcr almost two years ago, stunning restaurants like Rudy’s coming into their own and finally a new cycle route throughout Oxford Road, it is clear from any perspective that Manchester is not just an environment of thriving nightlife but culturally. Merged with its deep-rooted investment in house music that will inspire further generations beyond Krysko, the city is truly challenging the long-established London-centric focus for young creatives. This really is the place as poet Tony Walsh stated in May. Manchester will forever keep on dancing.

In a tribute to the spirit of the film itself, our dirty writer Alasdair Bayman wrote this review after partying, while still intoxicated and under the influence of Dionysus.

Manchester Keeps on Dancing is showing as part of the Doc’n Roll Film Festival taking place between November 2nd and 19th.