"Dirty gem"
Fantastic blend of splatter and musical about partying and murderous mermaids in communist Poland with a delicious '80s synth-pop soundtrack is released just in time for Halloween!

A naïve mermaid feels the aching tug of first-love on her heartstrings and sings her way to a pair of human legs, so that she can marry her adoring prince. If this story sounds at all familiar, fear not. Agnieszka Smoczyńska’s debut feature film The Lure bites a siren-shaped hole in Disney’s sugary singalong classic The Little Mermaid (Ron Clements/ John Musker,1989) and pushes Hans Christian Andersen’s original tale to a bloodier – and more feminist – climax.

Local Polish legend claims that two mermaid sisters were swimming through the Baltic Sea; one swam to Copenhagen, but the other swam down the Vistula river and later became the symbol of Warsaw. Smoczyńska adds a small twist to this mythology by making the sisters, Silver (Marta Mazurek) and Golden (Michalina Olszańska), turn up on the tree-lined river banks of the city. After serenading a local synth-pop band, Silver and Golden get a gig singing and dancing with their new friends among the kitschy glamour of an underground burlesque club.

Plus, this isn’t just a mermaid horror movie – it’s also a musical!!! 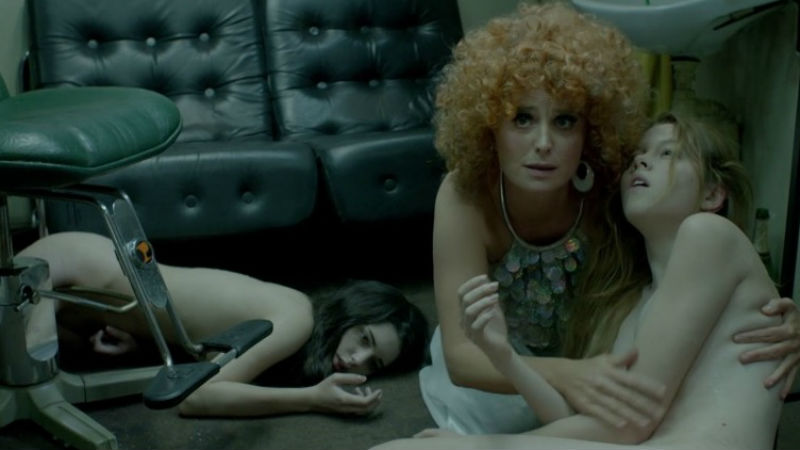 Their young skin and sweet tones stir the passions of many male regulars, as well as their young-looking bandmate bassist (Jakub Gierszał). But in a nod to Homer’s Odyssey and the sisters’ fierce independence, they’re not just a pair of pretty faces.Beneath their innocent veneer, there’s a distinctly asexual androgyny, a monstrous set of scales and enough sharp teeth to tear out a few hearts. Eventually, their paths part. Fair-haired Silver represents a more idealistic understanding of adolescent romance. The darker Golden uses her body in as free a way as possible and has fun with it. Both sisters are prepared to act and are primarily motivated by their own will, rather than pandering to the desires of men around them. This culminates in an end bleeding with revenge, very different to its Disney counterpart and far more in line with contemporary culture.

Sisters Basia and Zuzia Wrońska, better known as electro-pop duo Ballady i Romanse, craft a captivating original score that manages to acknowledge both theatrical musical conventions and the film’s dark poetic exploration of identity. While The Little Mermaid’s Ariel wallows in Prince Eric imposed despair, wishing she could be part of that world, Silver and Golden dance past Warsaw’s Palace of Culture and Science, confident that the city will reveal to them exactly what’s missing in their lives. The songs’ English subtitles seem to do complete justice to the original Polish. They display that vivid melancholia reminiscent of Adam Mickiewicz, the romantic national poet who inspired Ballady i Romanse’s band name. Visually, Smoczyńska displays supreme directorial flair, from department store backflips to kinky police leather eroticism. Each number works on its own as a solid music video, but nonetheless slots seamlessly into the overarching narrative. 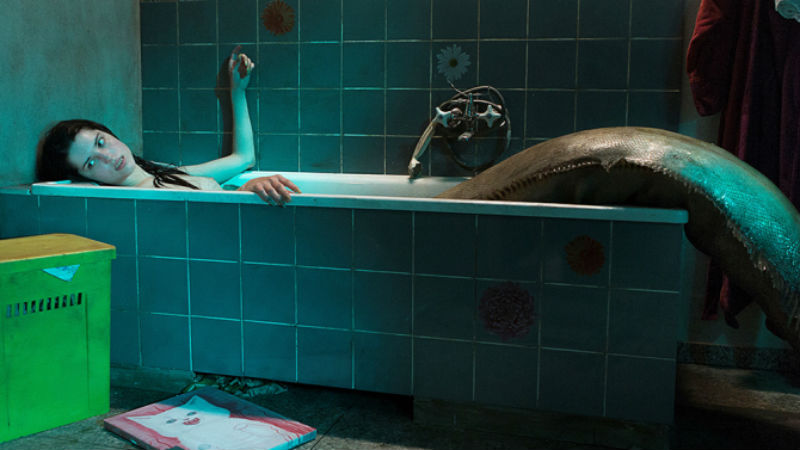 Ballady i Romanse also contribute a number of covers to the soundtrack, notably Andrzej Zaucha’s 1988 pop hit Byłaś Serca Biciem. This, alongside an encounter with street milicja, gives rise to the fact that the film is set in the communist Polish People’s Republic (PRL). There is undoubted importance – and cinematic beauty – in the bleak palettes of Krzysztof Kieslowśki’s pre-89 Poland, or Andrzej Wajda’s allegorical critique of cultural censorship. However, Smoczyńska opts to show an alternative side to the PRL, one in which an exciting life could be danced away in a vodka-fueled communal dancehall, if only for an evening. This in itself is a commendable and illuminating turn from tradition.

In a nutshell, The Lure ties together a wealth of elements of Polish culture, such as dystopian surrealistic paintings, the camp musical joys of the communist era and Warsaw’s own infamous mermaid folklore. It’s also a universal and magically brutal coming-of-age fairytale. An impressive debut and a splash of subversion on Disney’s mermaid.

The Lure was release as part of the Criterion Collection just in time for Halloween – click here for more information.