This is both a Taiwanese production and a London one in terms of writer-director, cast and locations. The Receptionist is inspired by real life events that happened to someone director Jenny Lu knew. Fictionalised here as Anna (Shuang Teng, also one of the producers, whose performance is quite simply heartbreaking), that character has come to the UK seeking work to send money back to her debt-ridden family and turns up alone and out of her depth at a newly opened, suburban London, so-called massage parlour where a “body to body” is £60 a time. It’s run by hard-boiled Chinese Madam Lily (an astonishing turn by seasoned actress and singer Sophie Gopsill) whose briefly seen English landlady (Nicola Wright) has no idea Lily is anything other than an ordinary tenant.

When the dowdy Anna turns up trolley suitcase in town, Lily already has three women working there – Mei (the very watchable Amanda Fan) and Sasa (a multilayered performance from Tsai Ming-liang regular Chen Shiang-chyi) service the clients while Tina (Teresa Daley whose honest, matter-of-fact performance carries the film) works as receptionist. Mei is a happy-go-lucky type from Malaysia who seems to like dressing up, but don’t let the surface of her character fool you: this film is an honest attempt to portray the lives of sex workers in the UK, how they get into that line of employment and what keeps them there. The older Sasa is a single parent mum working to support her child. 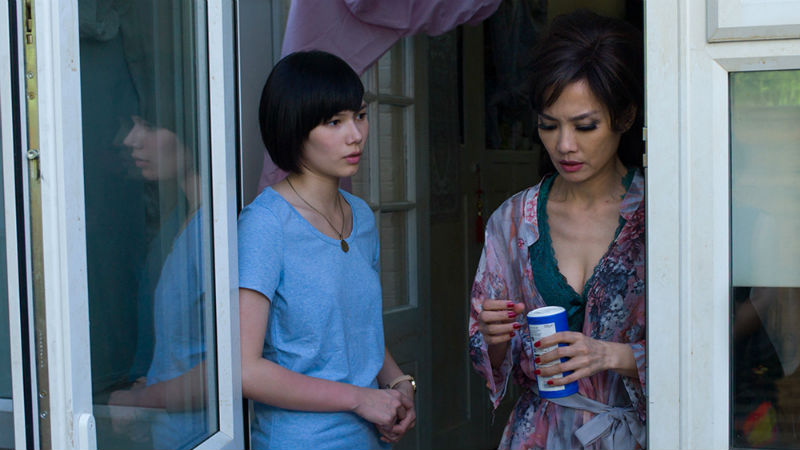 Although the character of Anna was the script’s inspiration, story construction is built primarily around receptionist Tina from whose perspective we are shown the lives of these characters as they ply their trade within the confines of a small, anonymous London terrace.

Literature graduate Tina is living with her white English boyfriend Frank (Josh Whitehouse from Northern Soul, Elaine Constantine, 2014) and both of them are struggling to get work. There are just too many applicants chasing each job whether for architectural assistants (him) or anything in the book trade (her). Tina goes to an interview for a receptionist job and initially walks away when she discovers it’s a receptionist post for a brothel. But then, she needs the money. And the job pays. So she goes back and takes it. Just for a few days. At first.

One of the great strengths of the film particularly in its more focused first half, while purporting to document the plight of East Asian ethnic minorities in the UK (which it does admirably), is that it manages in passing to succinctly express the situation in which Generation Rent currently finds itself – lumbered with student loans to service, unable to find a job, lacking sufficient money to buy a home – which suggests that its audience may be far, far wider than the East Asian demographic at which it seems at first glance to be aimed. Those tensions are never far away and go some way to explain why these women have fallen into the sex industry. 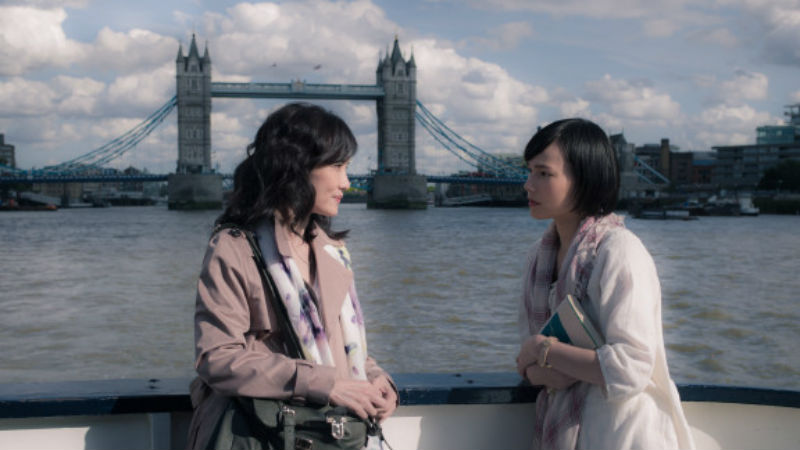 The occupants of the house must interact with their mostly English-speaking clients, so scenes between the women are in Mandarin while others are in English. We watch them cooking, relaxing and working with clients. Both director and actresses appear as fluent in English as in the other languages, giving a real sense of a an immigrant community within the wider, English-speaking London. The clients are a mixture of pleasant and unpleasant, the latter giving rise to some fairly harrowing scenes. Towards the end, perhaps in an attempt at narrative closure, there’s the inevitable police raid.

This first feature gets an awful lot right and makes some important comments about Britain today and the way it (mis)treats both outsiders and its very own younger generation. It’s perhaps noteworthy that it’s taken an outsider to make this film in Britain: nevertheless it’s bang on target and deserves to be shown to a wider, mainstream UK audience.

The Receptionist played London East Asian Film Festival in 2017, when this piece was originally written. It is out in cinemas across the UK on Friday, July 20th.