"Dirty gem"
My heart belongs to daddy: Brazilian doc will take you on a fascinating journey through the country's history and the history of cinema, and it's also an ode fatherhood - showing on November 13th and 14th only

CLICK HERE IN ORDER TO BOOK YOUR TICKETS FOR OUR DIRTY SCREENING OF PITANGA RIGHT NOW.

Few people in the UK know that the African heart of Brazil is the city of Salvador, which also happens to be the colonial capital of the largest country in Latin America. Proudly boasting the self-proclaimed title of “the blackest city in the world outside Africa”, Salvador is the birth place of 78-year-old Antônio Pitanga, perhaps the most prominent black voice of Brazilian cinema in the 20th century.

Pitanga revisits Antônio’s youth in Salvador, providing viewers with a fascinating opportunity to learn about the African religions of Brazil, to witness experimental black theatre, to vibrate with capoeira and listen to the pulsating energy of Brazilian black music, particularly the drums. Blackness is inextricably connected to every aspect of life in Brazil’s colonial capital and, by extension, also to Antônio. He celebrates his ethnicity in a portentous and unapologetic fashion. 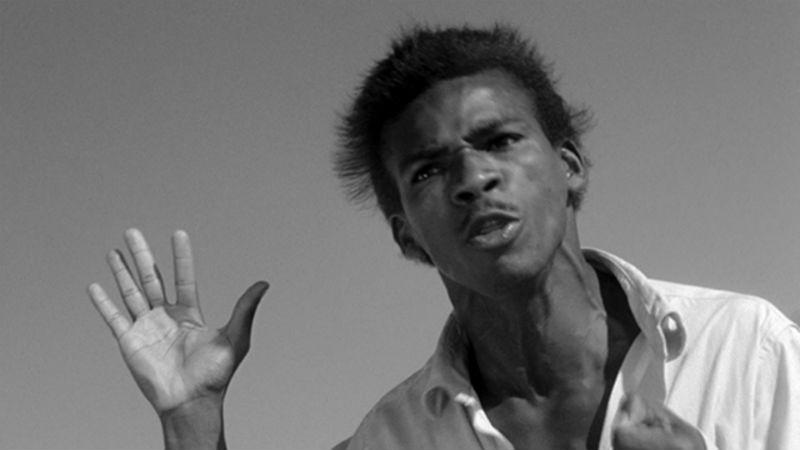 Antônio Pitanga grew up at a time when black people weren’t even deemed fit to become actors. In the early 1960s – before the Civil Rights Movement in the US – he became a recognised black thespian, and his roles were neither clichéd nor caricatural. He was (in fact, he still is) extremely vigorous, good-looking and eloquent. Black actors in Hollywood and Europe at the time were normally assigned grotesque and unintelligent characters, ensuring that the black talent and virility did not pose a threat to the white establishment. The Brazilian filmmaker Neville D’Almeida says to Antônio with confidence: “you were a pioneer not just in Brazil, but also in the entire planet, long before racism was criminalised under the US president Lyndon Johnson in 1966”.

Antônio epitomises Brazilian cinema and history of the 1960s in many ways. He relates to with his black counterparts in the Northern Hemisphire: “we were more Martin Luther King than Malcolm X”, presumably referring to the less belligerent nature of the nascent black movement in Brazil of the 1960s. He also jokes about Brazilian cinema in the same decade: ” I have just committed the biggest breach in cinema by walking in front of the camera”, only to dismiss his misdeed: “that’s ok, this is Cinema Novo” (in reference to the audacious and non-conformist nature of the 1960s movement, akin to the French Nouvelle Vague). 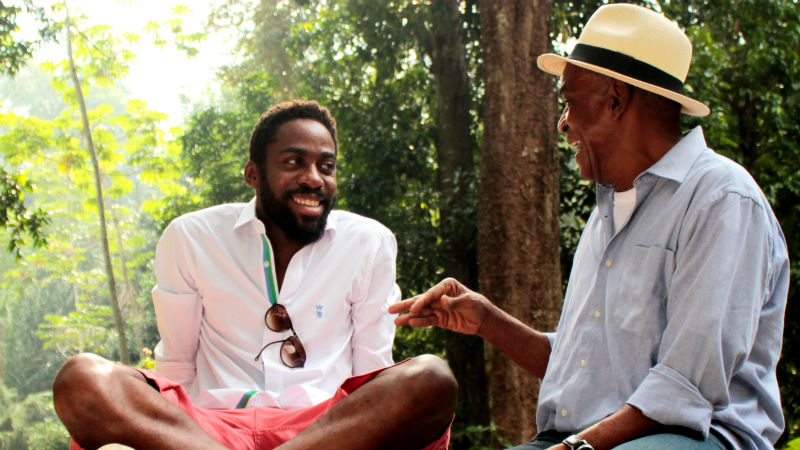 The doc blends footage from the Antônio extensive filmography with very relaxed interviews as he meets up with old friends, some of the biggest exponents of Brazilian cinema and music. This includes Caetano Veloso, Maria Bethânia, Chico Buarque, Gilberto Gil, Martinho da Vila, Zezé Motta and the young black actor Lázaro Ramos (pictured just above; he is also from Salvador). It’s all very relaxed. It feels like a backroom chat between old pals. Highlights from his career include the emblematic climax outside a Catholic church in The Given Word (Anselmo Duarte, 1962, the only Brazilian movie ever to win the Palme d’Or of Cannes) and various excerpts from Glauber Rocha’s 1962 classic The Turning Wind/Barravento (you can learn more about this movie on November 9th at the Tropicália and Beyond: Dialogues in Brazilian Film History exhibition). Antônio goes on to explain how he thinks that he “complements” Glauber Rocha’s body-of-work.

Very significant is the fact that one of the filmmakers is Antônio’s daughter Camila Pitanga. The film is teeming with affection, and finished off with a tender family moment. Pitanga is an ode to fatherhood. Antônio’s contagious laughter, piercing gaze, warm embrace and unabashed joy of living will enrapture you, and you will leave the cinema thinking: “I wish had a father like this” – which is probably what Camila intended to do. This is a feel-good movie celebrating an iconic figure and a fabulous human being, while also avoiding more controversial issues.

DMovies is holding two screenings of Pitanga in London, in a partnership with the University of Reading, as part of the AHRC-FAPESP-funded project, ‘Towards an Intermedial History of Brazilian Cinema: Exploring Intermediality as a Historiographic Method’ (IntermIdia). On the 13th, it’s a screening at Kings College of London and on the 14th it’s a cozy evening at the superb Institute of Light in East London, with our co-hosts Infinita and the Productions Centre for Film Aesthetics and Cultures (CFAC) at the University of Reading. On the 14th, a manifesto about artistic freedom will be read, and there will be live music performances by Nina Miranda, Arícia Mess and Aleh Ferreira – all for just £7 – click here and guarantee your ticket now!

Both screenings will be followed by a Q&A attended by both Camila and Antônio Pitanga.

Oscar’s too white, Carnival’s too black – or not?

As Brazil and the world prepare for Carnival, DMovies remembers Black Orpheus and cordial racism in Brazilian cinema - plus we do a very special giveaway [Read More...]