"Filthy genius movie"
How do you improve on perfection? A terrific and terrifying experience that redefines the boundaries of animation, Satoshi Kon’s identity crisis psycho thriller returns to UK cinemas this Halloween

A performer. A career that demands everything of her. A double. An identity crisis. A falling apart. You might immediately think of that Hollywood thriller with ballerinas Black Swan (Darren Aronofsky, 2010) but it had already been done over a decade earlier in Japan not with a ballerina but an idol singer – and not in live action but in animation. Perhaps surprisingly, Satoshi Kon’s animated precedent Perfect Blue is far more complex than the Hollywood effort widely considered to have been inspired by it. 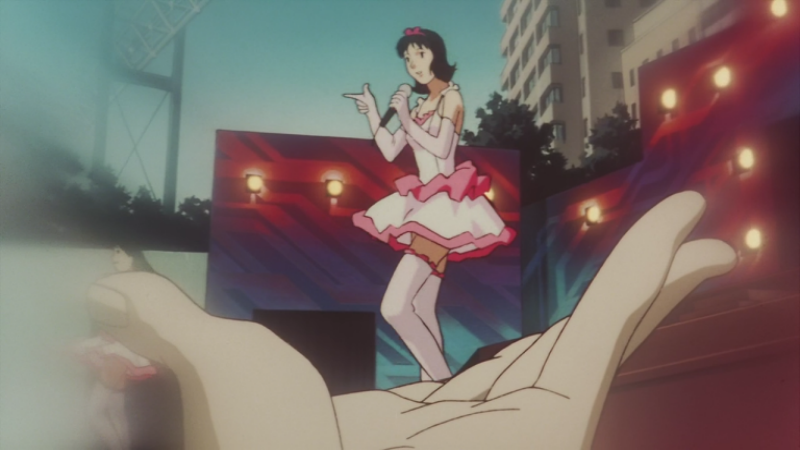 In Japan, an idol singer is a squeaky clean, teen-targeted, music industry-manufactured pop star, often in a band that sings and dances. The nearest UK equivalent would be the boy band phenomenon. Perfect Blue’s idol singer Mima quits popular girl trio CHAM! to pursue a solo career as an actress, landing a role in the TV crime thriller series Double Bind. In order to get a bigger part and greater exposure, she agrees to play an explicit rape scene. Meanwhile, the internet fan site Mima’s Room is posting intimate details of her life, an unknown assailant is violently murdering some of her close colleagues while Mima herself is being stalked by a happy-go-lucky doppelgänger.

From the start, the film throws you for a loop when it begins with what appears to be an open air, sci-fi stage show. It will unsettle you, even if you’re watching it for the umpteenth time. This segues into a CHAM! gig, but it’s already cutting back and forth between the public performance and elements of Mima’s more mundane private life. Such as her looking at her reflection while travelling on the train with the impersonal city on view beyond the glass, or her buying dairy goods in the supermarket aisle. 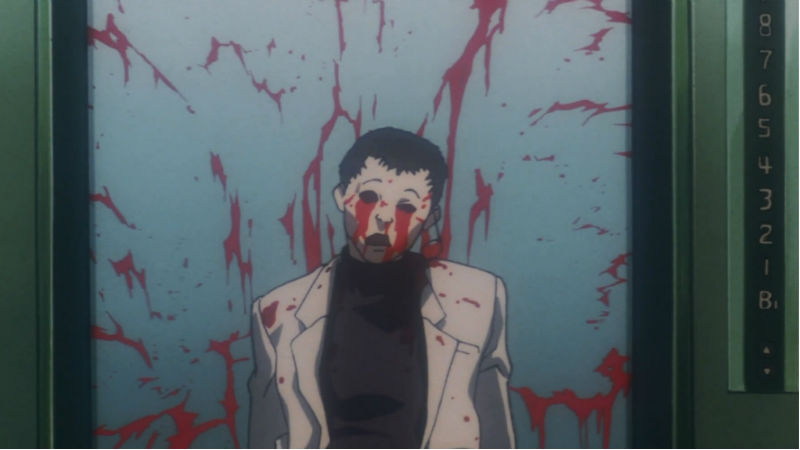 Perfect Blue keeps these shifts up for most of its 80-odd minutes running length. There are times when it’s hard to tell whether you’re watching something taking place in the real world or inside Mima’s head, although the closing shot lets you know exactly where you are. Because it’s executed in drawn animation, there really are no limits to what it can show and where it can go. You want to show a doppelgänger in a ballet-type short skirt leaping from atop one lamp post to another? No problem at all.

After multiple viewings over the years, the film remains as powerful as the best of Hitchcock or Argento. The new trailer with its pounding prog score wisely or unwisely opts to play up the latter’s influence although it still conveys something of Perfect Blue’s constantly shifting perspective. It’s a real treat to see it back on the big screen this Halloween, whether you’ve seen it once or many times before or you’re just jumping into its flow for the first time.

Perfect Blue is back out in the UK on 31st October 2017 with previews on the 27th. Watch the film trailer below: