The late Japanese actor Ken Takakura who died in 2014 appeared in more than 200 films and made his name playing ex-cons and gangsters for Toei studios between the mid-fifties and mid-seventies. He was a major inspiration for Hong Kong director John Woo who here remakes the 1976 Takakura vehicle Manhunt.

Du Qiu (Chinese actor Zhang Hanyu) finds himself in a Japanese bar swapping notes on movies with the mama-san Rain (Korea’s Ha Ji-won). Almost immediately, a loutish group of men in suits storm into the same bar to demand he leaves so she can give them her full attention. Once he’s gone, Rain and her partner Dawn (the director’s daughter Angeles Woo) proceed to gun down the suits, the camera whirling around them as Woo choreographs the mayhem. 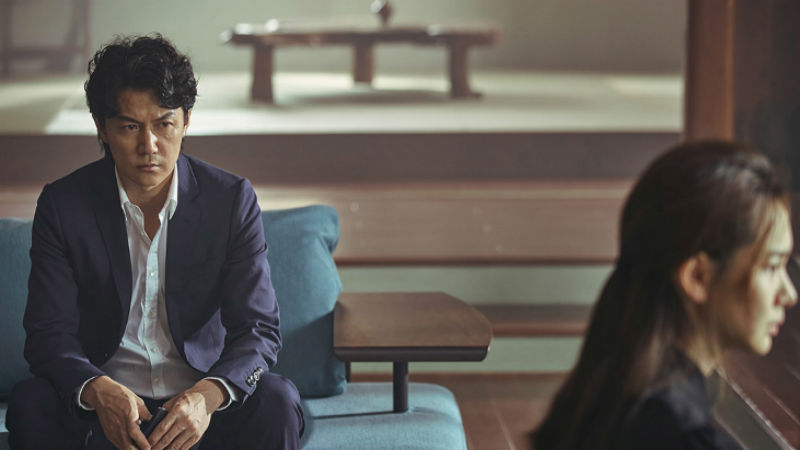 Du is a lawyer working for a pharma company. The morning after a huge corporate event he wakes up to find a dead woman (Tao Okamoto) lying next to him in his bed. Implicated in her murder, he goes on the run. A cop Yamura (Fukuyama Masaharu from Like Father, Like Son, Hirokazu Kore-eda, 2013) is assigned to catch him. Eventually after a series of pursuits and confrontations, the fugitive convinces the cop of his innocence and the two men join forces to clear Du’s name. As well as the two female assassins, they must contend with the villainous corporate head Sakai Yoshihiro (Kunimura Jun) and his insecure son Sakai Hiroshi (Ikeuchi Hiroyuki) plus the vengeful widow (Qi Wei) of a deceased research scientist.

Woo builds one incredible action set piece upon another which he perfectly integrates into his visual storytelling and bravura cinematic style. Numerous eye-popping fights, car chases and shoot outs pepper the thrilling proceedings while a sniper sequence and speedboat chase recall similar scenes from his masterpiece The Killer (1989). The contemporary Japanese backdrop, players and crew give the whole thing a clean, high tech feel and it’s refreshing to see female as well as male characters participate equally in the action: a shift in mores since the more male-oriented days of A Better Tomorrow (1986) or Hard Boiled (1992) twenty-five years ago. 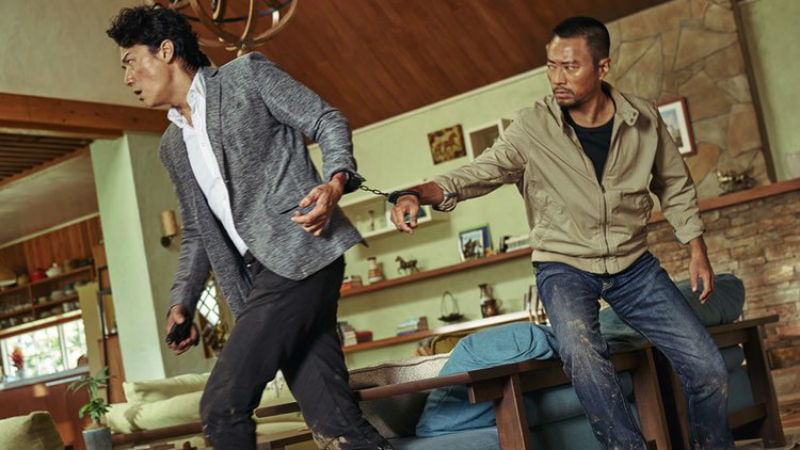 In the end though, action and character are the thing. Holding to the maxim that action is character, Woo defines his protagonists by the way they look at each other, handle a gun or leap through the air, refining his directorial delivery via every tool at his disposal in his cinematic arsenal. The acting required on a John Woo production might be a lot more full on and physical than that demanded by most other directors, but the cast here rise to the considerable challenge thrown at them and acquit themselves well. It’s been a long time since John Woo has made anything like this: the result is a most welcome return to form.

ManHunt was a late addition to the BFI London Film Festival. Hopefully some enterprising UK distributor will snap it up and get it out there on screens before long. Follow us on Twitter or Facebook, and we’ll keep you posted!