"Mostly clean movie"
Iranian filmmakers concoct a complex "film with a film" about the emblematic diva of the Arab world, but the elaborate narrative gimmicks ultimately feel a little pointless - from the BFI London Film Festival

First and foremost: this is not a documentary about Oum Kulthum. In fact, it’s not even a documentary. Marketed as a “film within a within”, Looking for Oum Kulthum is the fictional story of an Iranian director filming Oum Kalthoum’s biopic in Egypt. The actual movie (not the “film a film”) was made by two Iranian filmmakers: one male (Shoja Azari) and one female (Shirin Neshat).

Sounds extremely promising. Is this some sort of Abbas Kiarostami film with multiple narrative layers, a complex usage of cinematic apparatus plus a delicious Egyptian flavour (or shall I say warble?) to top it all up? This is probably what the film intends to be. But sadly it’s not. This is indeed an ambitious endeavour from both a format and a content perspective, but ultimately the whole thing just doesn’t gel up. 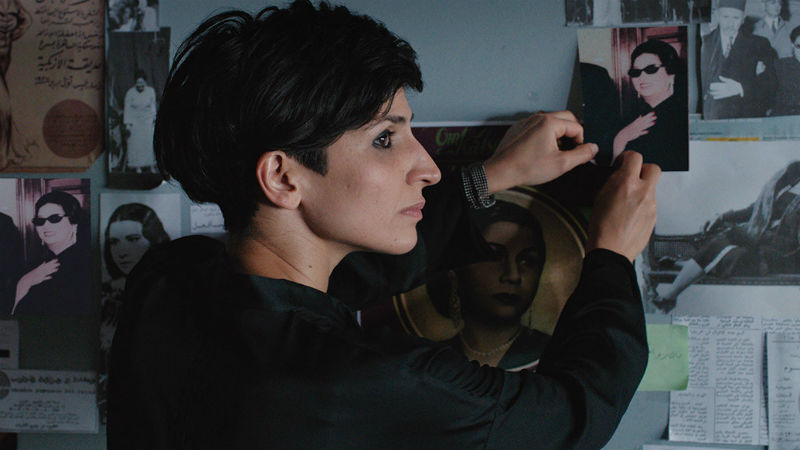 Mitra (Neda Rahmanian) is a young female Iranian filmmaker in Egypt. She’s short-haired with striking black eyes (pictured above). She looks a little bit like Sharleen Spiteri (from the music act Texas), plus a gorgeous olive skin and a lot of eyeliner. She conveys an image of modernity not often associated with Iran and Egypt (at least not for me, but I confess that sadly I haven’t been to either country). She epitomises a lot of the topics discussed in the film, such as looking present-day, feminine, and foreign in an Arabic country. To top it all up, she doesn’t speak any Arabic, even if she can understand a little. To many Egyptians, it’s an affront that a film about their most important singer should be made by a foreigner. A foreign woman.

In a way, her predicament is similar to Oum Kulthum’s, the subject of the film she’s making. Both are going through a bumpy journey in a deeply conservative society where women often have to sacrifice a lot in order to achieve professional recognition. These difficulties appear everywhere, from the casting to actual filming of the movie. Males want to interfere on every step. Commercial priorities must prevail over female sensitivity.

The problem with the film is that the script is too loose and the ends never tie together. Mitra is facing personal problems, but it’s never entirely clear what these are. And the narrative isn’t entirely coherent, and it isn’t always possible to make out exactly what’s happening. Plus Rahmanian’s performance isn’t always entirely convincing. 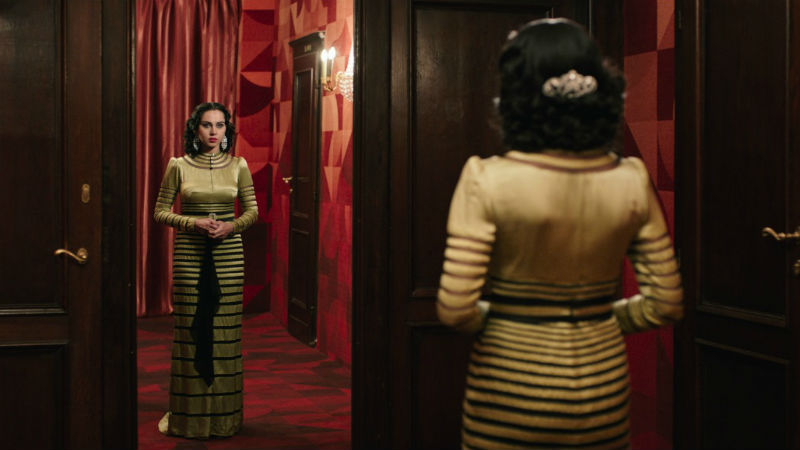 You don’t get to see/ hear much of the real Oum Kulthum perform, which is a pity. And you don’t learn much about the diva, either. For example, a boy sings appears in the beginning of the movie, and I assume that’s Oum Kulthum. That’s because I already knew Oum Kulthum was forced to cross-dress as a child (otherwise she wouldn’t be able allowed to perform). The film does not shed any light on this or many other facts.

In a nutshell, Looking for Oum Kulthum has a very interesting premise and valuable bits of social commentary. Yet it lacks both the grandiosity of Oum Kulthum bigger-than-life persona and disembodied voice, as well as deeply human sensitivity of Iranian filmmakers such as Abbas Kiarostami, Asghar Farhadi, Mohsen and Samira Makhmalbaf.

The most radical film twist

The Iranian filmmaker Abbas Kiarostami hasn't died; he's just toying with us as he carries out his latest cinematic experiment [Read More...]