"Mostly clean movie"
Why d'ya do it what she said??? French actress-turned-director Sandrine Bonnaire gets under the skin of iconic British singer Marianne Faithfull as she investigates her relationship to Mick Jagger and whether she ever became a prostitute - from the BFI London Film Festival

Marianne Faithfull fell into the trap. In order to celebrate a 40-year career, one of the most original singer-songwriters of all times agreed to reveal her secrets to French actor-director Sandrine Bonnaire, only to be disrespected. Faithfull gives it all but Bonnaire wants more. The camera is too invasive. At a certain point, shooting in a car, Marianne commands to stop filming. She begs in vain. The French filmmaker goes on and on, adjusting the focus to a closer frame, until Marianne gives up. What Have I Done Wrong?

The documentary remembers many interviews in which Faithfull had to justify her personal choices through her life. In the 1960s, British TV presenters didn’t forgive her for insisting in her career as a singer and actor rather than being a full-time mother. Her lifestyle was a threat to the status quo. What are we Fighting for? Bonnaire neither challenges these journalists nor provides a more magnanimous take on the subject. She is as manipulative as Shirley Clarke in Portrait of Jason (1966).

Fortunately Faithfull, the woman, is stronger than Faithfull, the film. She may sing “I am not that strong” (as in the song Sister Morphine), but in fact she is. After her relationship with Mick Jagger – the two were together for four or five years – Falling in Love Again was never her business. At a very young age, Faithfull repressed her desire to sing so Mick could reign. She started acting and stopped singing. At 19, she had a miscarriage. The event contributed to their break-up. Mick wanted so badly to become a parent, and he eventually got what he wanted. He is father to eight, none of them with Marianne Faithfull. Why D’Ya Do It???? 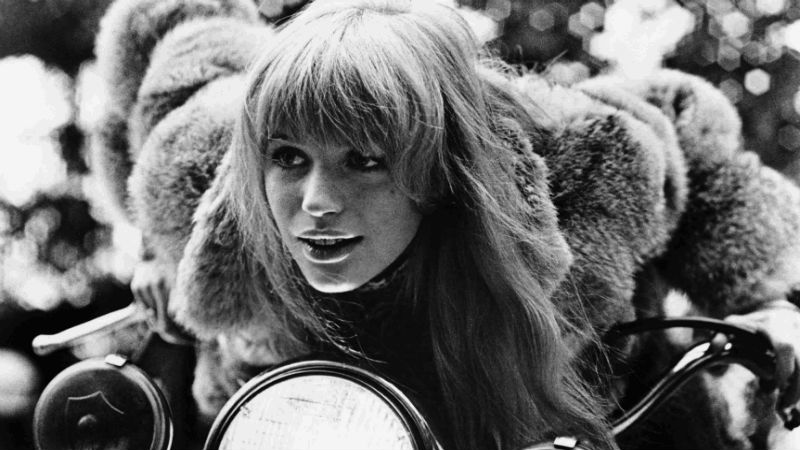 Marianne wanted another life. She preferred the Vagabond Ways. Inspired by the cult William Burroughs’s book Naked Lunch, she moved to the US. She soon became illegal, penniless, homeless and addicted to heavy drugs. As Faithfull reveals her anonymous life on the streets of New York, Bonnaire lost a good chance to explore more the richness of her subject. The filmmaker was only interested if Faithfull had ever become a prostitute. Truth, Bitter Truth

Faithfull often looks like a formulaic documentary for television, but it still has some intense moments. The way Faithfull selects a track to play, for instance, and then she surrenders into emotion. The viewers can’t help but sit and watch As Tears Go By.

There were oh so many ways for her to spend her days. She could clean the house for hours, or rearrange the flowers. Instead she chose to spend time with her band, a new generation of musicians influenced by her work. Maybe she did not have Great Expectations at first, but this is where she found the real love she always poured into poems.

The Public Image is Rotten

Johnny Rotten thrives on controversy, but underneath there's a far more gentle and mellow human being - new doc at Raindance [Read More...]