"Filthy genius movie"
Outstanding Brazilian horror blends the tender with the bizarre, in a very original story about motherhood, pregnancy and reclusion from society - streaming now with DMovies

Try not to find out too much about this film before you watch it. You’ll be in for a very dirty surprise. For starters, the movie title is very misleading. If you are expecting a comedy about social customs, etiquette or some sort of period drama about class struggles, you are heading in the wrong direction. In reality, Good Manners is a horror movie. A very unusual, bizarre and, at the same time, extremely tender one.

It starts out as an awkward domestic drama, as the gorgeous, upper-class, white and pregnant Ana (Marjorie Estiano) hires the black babysitter Clara (Isabél Zuaa). At first, Ana is reluctant to take Clara on board because she lacks credentials: she did not finish nursing school and she has never looked after babies. To boot, one of her referees doesn’t quite sing her praises. Yet, there is something soothing and comforting about the very beautiful and polite stranger. The Black Portuguese actress (Zuaa was born in Lisbon, yet she has a perfect Brazilian accent in the movie) exudes charm, talent and charisma, and I have absolutely no doubt that she has a bright future ahead. 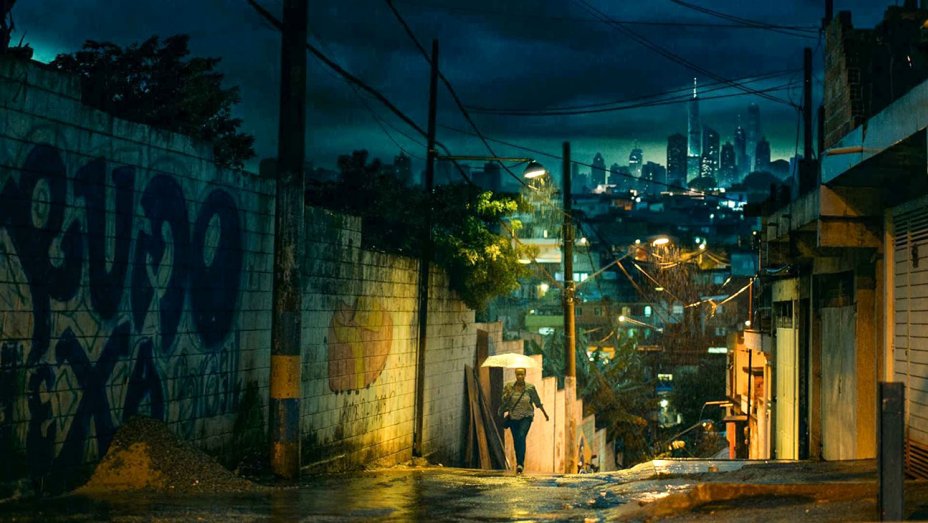 The story suddenly incorporates elements of somnambulism and lesbianism, as the two women become infatuated with other, even if it isn’t always clear whether they are awake and conscious some of the time. They also develop a strange lust for blood, the two in very different ways. Class, race and sexuality blend in a very morbid and unexpected fashion. At one stage, it is impossible to determine who’s hexing who. Both females fluctuate seamlessly between the role of victim and violator.

The subject of interrupted motherhood and isolation from society become central to the story, which takes a very unexpected twist roughly in the middle of the 127-minute narrative. Good Manners then incorporates easily recognisable devices from a number of horror films, such as Rosemary’s Baby (Roman Polanski, 1968), Alien (Ridley Scott, 1979), Possession (Andrzej Zulawski, 1981) and the more recent French cannibal flick Raw (Julia Ducournau, 2017). Oh, and there is a giant creature that looks a lot like a meerkat. Derivative elements are deftly combined in order to create a film with a singular identity, extraordinarily original in its format. Violence here acquires a fantastic dimension. Blood isn’t repulsive; it’s instead the ultimate maternal link. Meat is not murder. 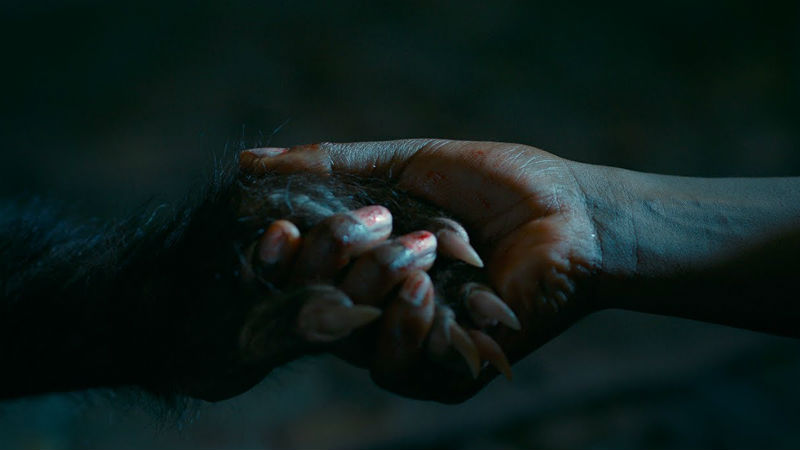 The photography is dark and eerie, mostly indoors within futuristic yet credible settings. The ceilings are high and the furniture is very modern. Outside, the city is very well lit and colourful at night (it looks like São Paulo, but the exact location is never mentioned). Drawings are used in order the evening Ana met her child’s father, as she narrates the events. The music score blends Brazilian folk music (from St John Bartholomew’s festival) with a very famous disco song and lullabies. And the credits roll out in good handwritten style, as in a ol’ and good fairy tale.

The last sequence of the film is both very elegant and touching. Mother and son finally connect and find redemption, in an extremely dangerous situation. Simply dirtylicious!!!

Good Manners showed at the 61st BFI London Film Festival last October, when this piece was originally written. Watch it now right here and right now with DMovies and Eyelet:

When a gestation goes terribly awry…

We interviewed Isabél Zuaa, the star of Brazilian twisted motherhood gem Good Manners, and talked about becoming immersed in fear and fantasy, working with an automated baby, fashion, immigration and much more - in a partnership with the new magazine DOESN'T EXIST [Read More...]