On Yoga: The Architecture of Peace

"Greasy movie"
How do you achieve peace and transcendence through filmmaking and photography? American snapper Michael O'Neill and Brazilian helmer Heitor Dhalia travel to India in search of the answer - from Raindance

This is not a documentary about yoga; this is a film about a man’s search. Its opening scene says it all. Photographer Michael O’Neill looks for some of his best pictures and shows to the camera. On his 25-year career, the photographer lenses captured Orson Welles, Paul Newman, Jack Nicholson and Martin Scorsese, among other film legends. His portfolio includes clients as Fortune Magazine, Vanity Fair and Glamour Magazine but fortune, vanity and glamour weren’t enough to make him happy. A drastic event changed his life and O’Neill tuned to yoga.

About 10 years ago, Michael O’Neill traveled to India. Here is one thing about India: you definitely learn something new about yourself. He wanted a connection with his subject and he found it on framing yogis. On his own words: “I became an anthropologist”. 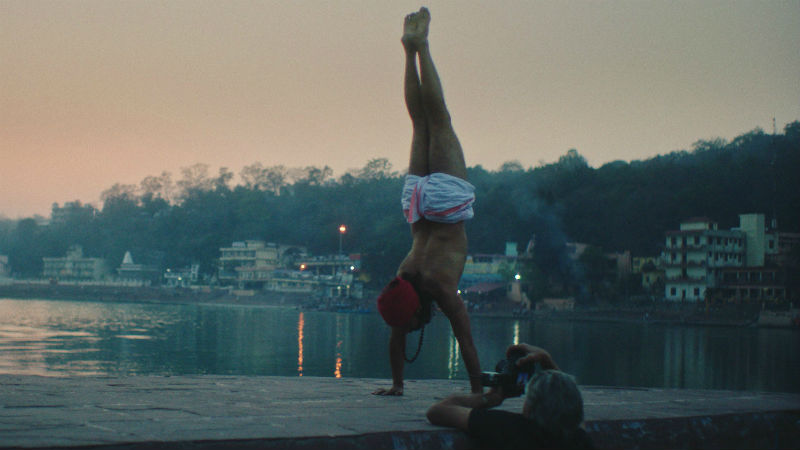 He then realised that photographing is a way of meditating, and that you need focus for both activities.

The outcome of this journey was a photography book by Taschen. But photos are intrinsically connected with the past, whilst yoga is connected with the present. Photos are a flash in time that can never be repeated; yoga teaches you how to extend present time and access infinite consciousness. On Yoga: The Architecture of Peace, the documentary, is the bridge between past and present. Brazilian filmmaker Heitor Dhalia (Drained, 2006) followed Michael O’Neill on a second meeting with the yogis in India as well as some other yogis in New York, where O’Neill lives.

Dhalia is a very prolific filmmaker. By the time On Yoga was released at Raindance in September 2017, Dhalia was already involved with other two productions. Naturally one thinks that filming the yogis and their meditation can crash with the praxis of filmmaking itself, in which the ability to schedule is crucial. But this is not perceptible in the film. Also Dhalia started to practice yoga, and it is clear how this impacted his filmmaking, particularly if we compared it to his film Drained (2006), perhaps his best-known piece. Long takes invade the screen. The feature is what Paul Schrader calls a transcendental cinema, or slow cinema, “a strain of art film defined by flat acting and visuals, heightened sound effects, little music or dialogue, minimal camera movement, delayed editing and generous use of the long take”. 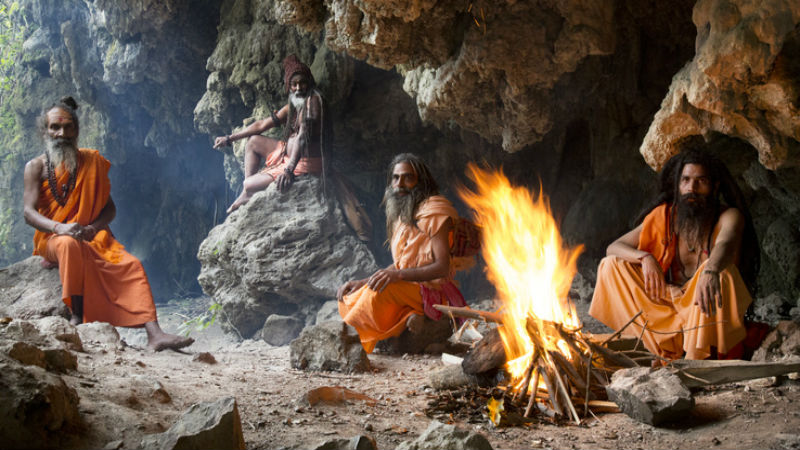 There is something that Dhalia did not capture, however, which is silence. On Yoga still relies on words and there is a lot of talking here. In order to achieve an architecture of peace, silence has to prevail. A good example of how to transpose silent, peaceful India into films is Antonioni’s short movie Khumba Mela (1989). Although the religious festival attracts each year millions of people – 30 million people on a single day in February 2013 -, Antonioni kept it simple. His camera just flies over the crowd, without questioning anyone or anything. Acceptance and non-judgement are the principle of any Indian philosophy.

On Yoga: The Architecture of Peace showed at the Raindance Film Festival ending now. Netflix bought the rights of the doc, and it will be released worldwide on January 2018.

An eye for an eye, a tooth for a tooth - the politics of sex and of pawning are not always this straight-forward [Read More...]

Check out top five recommendations for the Raindance Film Festival, one of the largest showcases for independent cinema in the world, starting this week in London [Read More...]

One thought on “On Yoga: The Architecture of Peace”