"Greasy movie"
Maverick visionary Aronofsky’s psychological horror has a spoonful of Polanski, a dash of Hitchcock, a pinch of Kubrick and even a squeeze of Ken Russell, all topped with a sterling cast – it just premiered at Venice and is out in cinemas on Friday

His house burned up in a fire. Then he (Javier Bardem) found her (Jennifer Lawrence) and as he began to rebuild his life, so she began to rebuild the house. Her work is well on its way to completion. Outside the house lie tranquil, golden fields. He is an acclaimed poet and hasn’t written anything for a long time. The couple live in an hermetic bubble. At least she does.

That all changes when a stranger (Ed Harris) turns up and bonds with him. Suddenly she feels excluded. More new characters are soon to arrive – first the stranger’s attractive wife (Michelle Pfeiffer) then their two argumentative adult sons (real life siblings Domhnall and Brian Gleeson) then funeral guests. 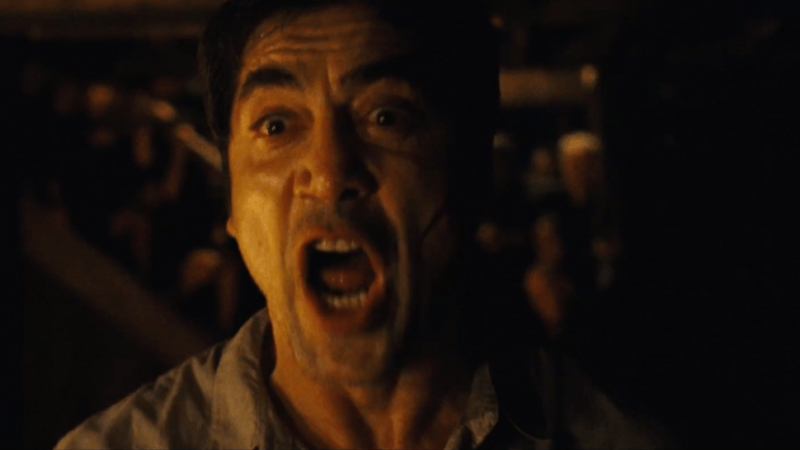 He becomes increasingly obsessive recalling the writer in The Shining (Stanley Kubrick, 1980). As he overrides her wishes she becomes increasingly isolated recalling paranoia from Repulsion and Rosemary’s Baby (both by Roman Polanski, 1965 and 1968 respectively). By the end, the house has been overrun by party-goers and riotous crowds behaving like the group elements from the highly controversial The Devils (Ken Russell, 1971). From the moment Ed Harris first appeared, this was obviously going to end badly.

The narrative is presented throughout in often lengthy takes from her point of view, either directly owing much to subjective camera experiment Lady In The Lake (Robert Montgomery, 1947) or through shots of her acting within/reacting to the situation as it unfolds around her. There’s something of Hitchcock here too in the way the film constantly tortures its female lead.

Leaving aside the rather too neat book ending which sidesteps the need for backstory by some sleight of hand which doesn’t work too well, the film divides neatly into three acts which could be labelled: home building, pregnancy, motherhood. Yet each section follows roughly the same path: her idyllic existence is upset as more and more people arrive and she becomes more and more agitated. 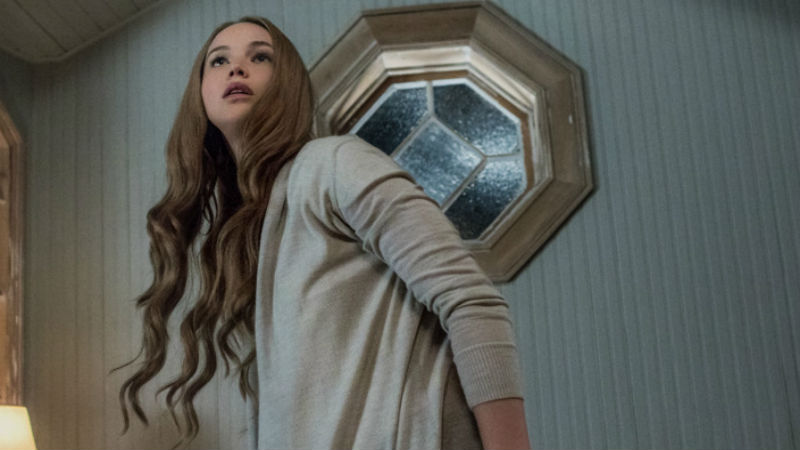 It’s a film which might be viewed differently by men and women – and by introverts and extroverts. But as it builds, you wonder whether piling more and more outsiders onto the couple’s private world can really sustain the proceedings and, sure enough, although the film starts off very well, at some point as the numbers mount it gets rather tedious. Much of the time you can’t help feeling that the writer-director could have done more with less and done it quicker.

I’m all for Aronofsky being given the chance to make the movies he wants. When he’s good, as in Pi (1998), The Wrestler (2008), Black Swan (2010), he’s very good. He can even be good when derivative, Black Swan being in all but name a remake with ballerinas of anime epic Perfect Blue (Satoshi Kon, 1997) to which film Aronofsky owned the rights. (Perfect Blue is due for rerelease in cinemas on 31st October, so you’ll have the chance to judge for yourself then.)

So I don’t complain that mother! is derivative, only that it’s overly self-indulgent. Performances, production value and everything else here are top notch. It’s an interesting experiment and while I defend the director’s right to make it, I’m not especially enthusiastic about the end result.

mother! premiered at the 74th Venice International Film Festival and is out in the UK on Friday, September 15th.