"Dirty gem"
Pablo Giorgelli's second film about the tough choices that a young, unwed and loveless mother-to-be in Argentina has to make - live from Venice

Mora Arenillas, the actress behind the pregnant teenager Ely in the film, has a such a firm grip on her character that at times you might feel like you are watching a documentary. The loneliness of the character is extremely palpable, and she has a very tough and irreversible decision to make: whether to give birth or to abort her child.

She lives such a mediocre, sad and downcast life that her problems are likely to be invisible even to her mother, who suffers from depression. Cuba and Uruguay are about the only place in Latin America where abortion is legal. In Argentina, there is little security for a young and unwed pregnant woman. Ely has to face up to a number of insecurities and to make life-defining, heart-breaking decisions at a time that’s not far from her very own childhood years. Counselling is only available until she decides whether to keep the baby or to give it up for adoption, while the decision whether to walk down the dark and dirty tunnel of abortion remains entirely in her hands. A tunnel full of hypocrisy and heartless, greedy people. 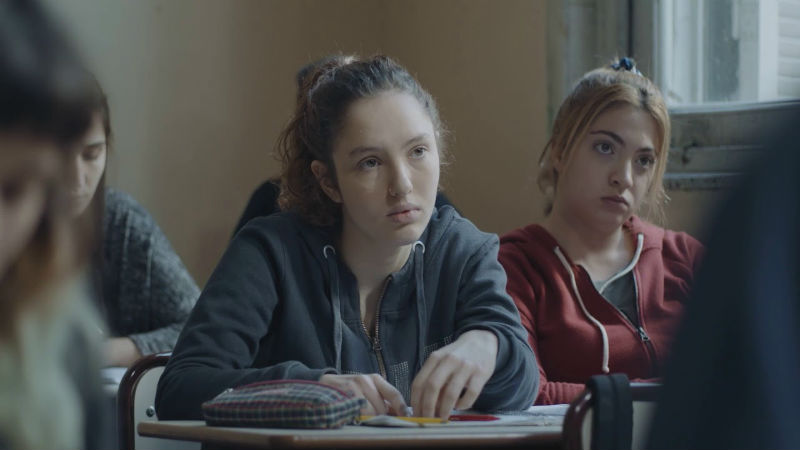 The script is very candid and straightforward, almost entirely focused on the emotions of the character. The political side of abortion is always present, if in the background. Ely’s journey through the underworld of abortion is very graphic and detailed, even descriptive. Perhaps the director intends to use his film as an educational tool for young women grappling with the same issue.

This is Pablo Giorgelli’s second film. His first endeavour Las Acacias was selected for Cannes Critics’ Week in 2011 and it went on to win the Camera d’Or for Best First Film, as well as two other awards at Critic’s week competition. Invisible is a low-budget movie, and also a co-production between five countries: Argentina, Brazil, Uruguay, Germany and France.

This is a movie about respect towards the choices a woman makes, regardless of what they may be. The State, family and religion should not decide what’s right and what’s wrong on our behalf. Despite all of her isolation and lovelessness, Ely can still teach us a lesson or two about hope. After all, no one is cursed by the universe. And flowers can blossom on infertile soil.