"Dirty gem"
Issei Sagawa killed and ate his classmate in order to fulfill his darkest fantasies in 1981; new doc by two European filmmakers explores our relation with repulsiveness and voyeurism using the cannibalistic incident as a gauge - from Venice

Unlike most screenings at the 74th Venice International Film Festival, this one does not end with a full house, or anywhere near that. Not everyone will stick to the end of this grotesque and gruesome movie. We are faced with the question: should we carry on watching this movie in the name of curiosity, or should we walk away from such repulsive imagery?

The aesthetic choices made by French director Véréna Paravel and British filmmaker Lucien Castaing-Taylor are very controversial. They opt for extreme close-ups throughout most of this doc, which tells the story of Issei Sagawa, a Japanese man who murdered and cannibalised his Sorbonne classmate Renée Hartevelt in 1981. This is an innovative twist and a step away from the more traditional talking heads interviews used in most documentaries. Instead, we are offered images with a texture resembling Renoir paintings. We become trapped in our own feelings and mental ramblings on cannibalism. 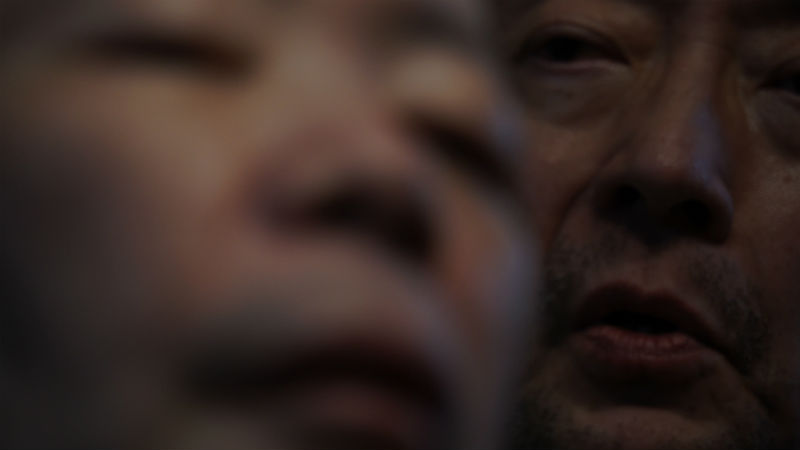 At a certain point, a clever device invites us to think outside the box. What is it like to kill, to eat human flesh, and what are the possible implications? This is the poetry of chaos questioning our very own primal urges. Are we all potential cannibals? The two European directors dissect Sagawa and we eat their projection. It’s a bit like reading 2666, the last novel by late Chilean poet Roberto Bolaño. He describes the female murderers from Santa Tereza, Mexico, in harrowing detail. Fascinating yet sickening.

There is a particularly challenging scene in the movie, evoking profound reflection. The directors show old VHS tapes of Issei and his brother Jun in their childhood. At one moment, the two boys are given injections in their arms. No further revelations are made, but these images explain a lot about the present. Jun still enjoys self-flagellation in the same arm, while Issei is mostly unable to express pain. “Could you eat me?”, he asks his cannibal brother at the end of the film. Caniba is about discovering and “digesting” your darkest fantasies, and also about our ambiguous, voyeuristic relationship to repulsiveness.

Caniba is showing this week at the 74th Venice International Film Festival, as part of the Orizzonti section.