"Greasy movie"
Doc takes a fascinating and nostalgic look at the Voyager and the truth unearthed in the past 40 years, since Nasa launched the twin crafts into space - in cinemas

Whether you are mildly interested in space in its infinite wonder and possibility or are indeed a hardcore science geek, it would be hard for anyone to find fault with Elmer Reynolds’ brilliantly executed documentary The Farthest. Chartering Nasa’s historic Voyager mission into our Solar System and beyond, the film tells an emotionally charged story about the hard work that went into achieving such a momentous achievement.

Intercut with interviews with members of the original Voyager team, and a number of respected scientists and experts, The Farthest does a fantastic job in capturing the feelings of hope, doubt, and euphoria felt by all during those times. Reynolds’ carefully navigated voyage into the past allows audiences to reconcile themselves with the importance of space exploration and how vital it could one day prove to be to our continuous existence as a species. 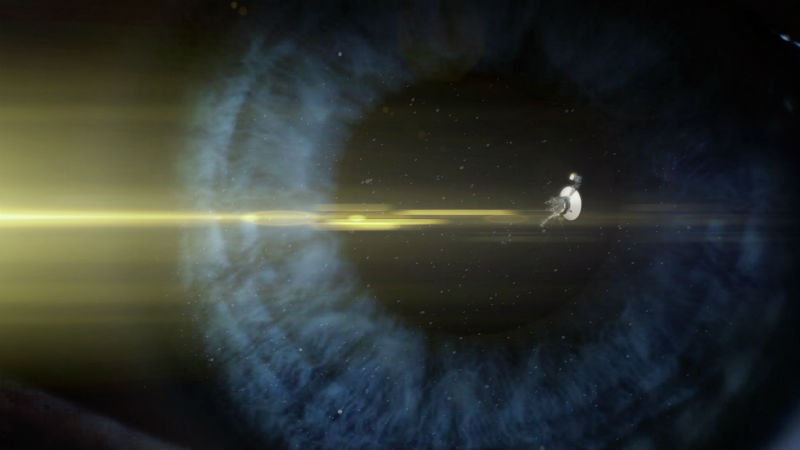 In 1977 Nasa launched Voyager, a vessel which went on to change the way we view our own standing in the cosmos forever. With meticulous calculations and years of hard work, what followed was one of the greatest spectacles known to man. Managing to not only transmit back what it saw back to earth, Voyager went on to even correct misconception and discover a whole set of new truths which might now be take for granted. Set against a turbulent political landscape of the Nixon presidency, Reynolds manages to gather all the principle players from that era, whilst striking the right balance between excellent commentary and archive footage.

With the presence of the much loved scientist Carl Sagan acting as some sort of middleman between the science world and the layman, the film manages to almost bring him back to life, as if he too were a talking head. Add to that some genuinely impressive editing work throughout, the film uses the usual tried and tested trick of B-rolls and clever reenactments, but is never any less convincing or in any way tiresome. In fact, Reynolds goes even further by allowing those who were there the first time around to talk candidly about their excitement and expectations, which in turn gives the film a sense of warmth am familiarity. With a rich soundtrack from the era, the film also manages to avoid looking cheap or made for TV, which isn’t always an easy thing to achieve. 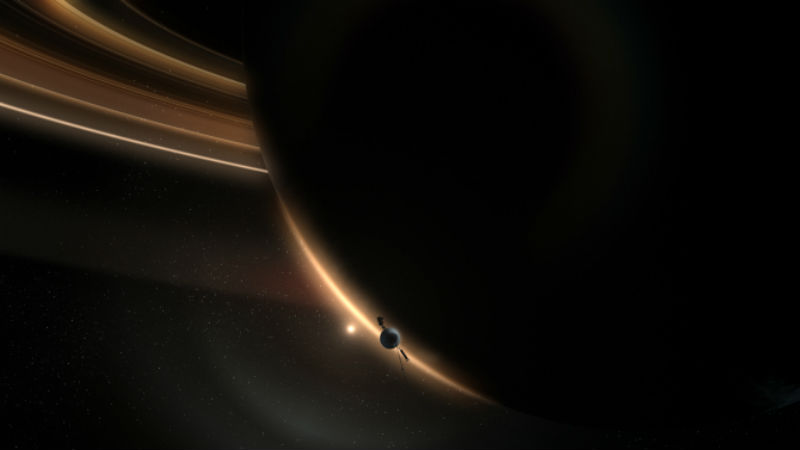 On the whole, The Farthest is a genuinely touching film – even if not very dirty – which not only allows those who knew nothing of this mission to learn about it, but also manages to make a valid point about the importance of Voyager and its discoveries. Reynolds cleverly conveys a sense of golden era for space discovery in these times of obscurantism where experts and maligned in favour of greed and self-righteous ignorance. A thrilling documentary that lends itself to repeated viewing no matter who you are or where you live.

The Farthest is out in cinemas on Friday, September 1st. Voyager 1 and 2 achieve 40 years of operation and exploration this August and September, so the timing of the film launch couldn’t be more appropriate.

Linda Marric is a freelance film journalist and interviewer. She has written extensively about film over the last decade. After graduating with a degree in Film Studies from King’s College Londo...

Doc retells fascinating anecdotes from the "founding fathers" of the Apollo space programme; sadly women are conspicuous in their absence, but the filmmaker finds a clever solution for such lack of representation [Read More...]

The Last Man on The Moon

Are the US the land of the invincible? New documentary about last American astronaut on the Moon does little more than to celebrate the country’s self-conceitedness [Read More...]