"Greasy movie"
Hope, not fear: doc follows family in Philadelphia during the Obama years, and reveals that being Black in the US means facing an uphill struggle everyday while juggling not to lose the tenderness - in selected cinemas and VoD

Despite widespread international skepticism and disappointment, the Obama years conveyed a message of hope to many Americans, particularly those confined to neglected suburbia and with a colour of skin that did not bestow racial privilege upon them. Obama meant that such people felt represented for the first time and, in spite of his many shortcomings, this poignant symbolism will never die.

Quest is a touching and sobering doc about Christopher “Quest” Rainey, his wife Christine’a “Ma Quest”, their daughter Patricia “PJ” and other relatives, friends and associates who live in North Philadelphia. They host a music studio at home, voicing local artists and providing a sense of identity to the community. Along their way, they have to face up a number of crises, including extreme violence, cancer and addiction. Very significantly, the documentarist Jonathan Olshefski follows the footsteps of the family roughly during the eight Obama years. 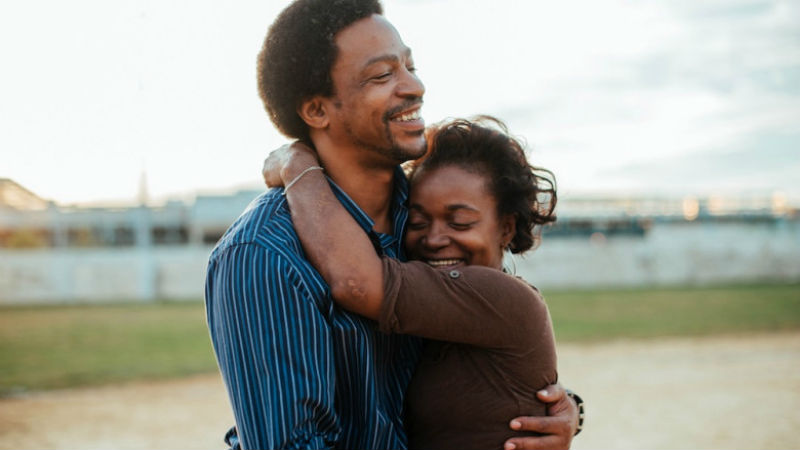 A message of love, altruism and tenderness prevails throughout the movie, which fits in very well with Obama’s message of hope. This would sound very clichéd if it was a average white American family leading a life more or less comfortable, mostly devoid of violence, racial stigma and deprivation. Sadly, the average Afro-American family faces problems, to which many white people are either alien or oblivious. A rapper in the movie rhymes it succinctly: “Racism still lives in the days, just in different ways”.

The discreet charm of peripheral Philadelphia is conspicuous, debunking the myth that poverty is grey. In reality, these suburbs are far more vivid and vibrant than their wealthier counterparts. The bourdeaux-hued bricks of the buildings, the verdant weed on the pavement and the colourful clothes create a energetic and inspiring atmosphere. These people lead a meaningful and even contagious existence, against all odds.

One of the most powerful moments of the movie is the aftermath of PJ being hit by a stray bullet in the eye, which she eventually loses. She apologises to her father for something that’s clearly not her fault, revealing a toxic inversion of values in American society. There is a tacit belief that Black people are always to blame for whatever happens to them, however absurd it may be. Racism is still deeply ingrained everywhere, and this is a very difficult conversation for Black parents to have with their children, Quest being no exception. A controversial advert by Procter & Gamble recently touched on this issue. 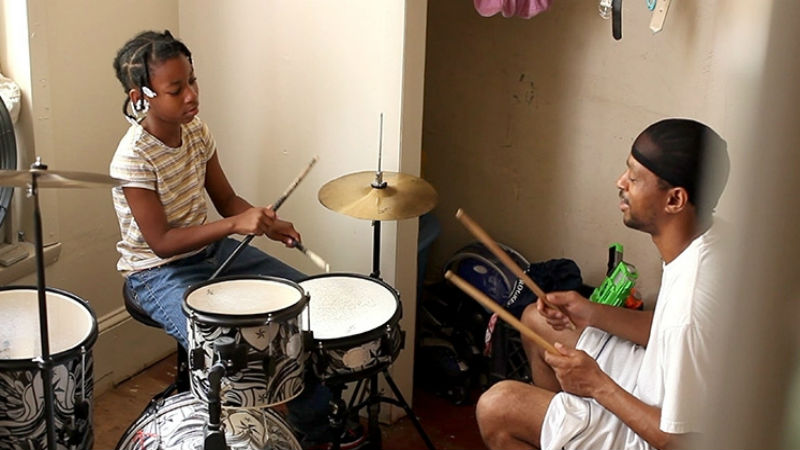 More than once, Black people in the doc are confronted by the police. They deal with the situation with enormous calm and casualty, suggesting that they are used to racial profiling. Most white people wouldn’t act in the same way. Police violence against Blacks is obviously not confined to Philadelphia. Spike Lee portrayed a similar phenomenon in Chicago in Chi-raq (2016) and Kathryn Bigelow’s upcoming Detroit (very dirty review to follow very shortly).

Quest is described as a vérité documentary about an Afro-American family, and it succeeds in both its realism and message of hope at the face of adversity. Yet it’s nothing remotely close to the raw and naturalistic cinéma-vérité of the late Jean Rouch, nor does it possess the lyrical mastery of Alma Har’el’s recent American family doc LoveTrue (2017). It’s stuck somewhere between the two, and it gets a little laborious halfway through its 106 minutes.

The film soundtrack deserves to be mentioned, with a creative score of screechy pangs and ethereal chords throghout. The closing song is particularly touching, and makes me wish it was played more extensively during the film

Quest is out in selected cinemas and VoD in the UK on August 18th. Below is an interview with the filmmaker Jonathan Olshefskiand various of the members of the Rainey family.

The angry cry of the unheard: doc gives a voice to the Ferguson rioters, revealing the inconvenient truths omitted by television - right now from the Sundance Film Festival [Read More...]