"Dirty gem"
Are you classy enough? Jacques Becker's early masterpiece is a hilarious comedy challenging gender stereotypes and questioning the values of the French bourgeoisie - available in the UK for the first time

An amusing comedy portraying an adventurous day in the life of a French couple, this is the most simple way of summing up Edward and Caroline. Edward Mortier (Daniel Gélin) is a working-class, man, a talented pianist and a bohemian artist. He lives with his wife, Caroline Mortier (Anne Vernon), a dynamic woman who comes from a bourgeois family. The upheavals begin when the couple is invited to a luxury, posh party that Caroline’s uncle is organising in his mansion. The couple’s attire is the most crucial issue that they need to deal with before appearing in front of Caroline’s uncle’s bourgeois friends.

Edward’s passion for the piano and his mastery is a constant element within the film. Classical music accompanies various parts of the film. The first scene we see is of Edward displaying his virtuoso techniques in piano. Although he comes from a working class, bohemian background, he apparently has a quite high-class, classical education: Chopin and Brahms are among his repertoire. 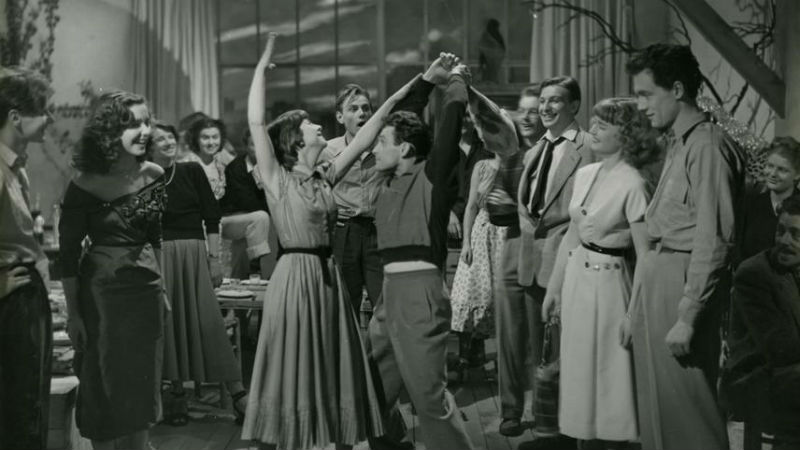 The couple resembles gender stereotypes of classical mainstream Hollywood cinema: the male is sophisticated and educated (with his huge dictionaries in the bookcase), while the female lacks of such a culture and enlightenment. In the opening scene, Becker and his gentle camera take us from the talented pianist to the housewife cleaning the bathroom. However, Becker has definitely given to his female protagonist a more active and dominant role: she is a dynamic and independent woman with her own will and ability to get things done. She even doesn’t hesitate to ask for a divorce when her husband slaps her.

The party of the well-off uncle has various surreal moments, while it is also a display of wealth and authority. The performances, especially of the women, seem quite theatrical and melodramatic, as they try to draw attention and dominate in the space. Becker accurately portrays the cultural gap between the two classes. Modesty and simplicity are definitely not among the characteristics of the bourgeoisie. Classical music would traditionally connote to upper class. However, in this case, the one who possesses this ‘elite’ education and knowledge is first of all. Despite recognising the music he is playing, some of the guests quickly get bored and the classical piano, and instead get excited by a jolly rumba-like tune. 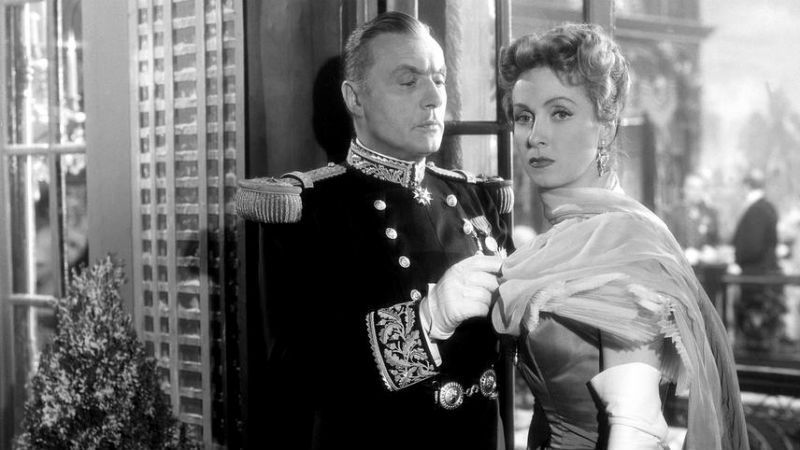 The only character who seems to differentiate from this flashy group of people is probably the American guest, who truly appreciates Edward’s talent and invites him for a business talk to his office. This generous move is what finally loosens the tension and resolves the fight between the couple.

This is a hilarious comedy, reflecting the living habits of the French bourgeois and its interaction with the working and middle class. Despite differentiating radically from the ‘traditional’ French New Wave pioneers, Jacques Becker also gives a tone and style to his narrative, and should be deservedly credited as an auteur.

Edward and Caroline will be released on DVD, Blu-ray and EST for the first time in the UK on Monday, August 14th, along with three other titles by Jacques Becker: Casque d’Or (1952), Touchez pas au Grisbi (1956) and Le Trou (1960).

Lina Samoili is a Greek writer, researcher and film selector based in London. She moved to the UK in 2012 in order to study film and pursue a career in cinema. After completing a Masters degree in Fil...

Two French birds with one stone: Studiocanal rescues the legacy of the often underrated French filmmaker Jacques Becker, and our first dirty pick is a timely celebration of the recently departed legend Jeanne Moreau - now on DVD, Blu-ray and EST [Read More...]