"Dirty gem"
Officer Jekyll and Mr Hyde - psychological thriller weaves a complex web of characters and a police procedural which folds back in on itself. Welcome to the strange, confusing and compelling world of The Ghoul - now on BFI Player

The Ghoul was executive produced by Ben Wheatley who gave British actor-turned-director Gareth Tunley a small role in dirty gem Kill List (2011). The Ghoul weaves a complex web of relationships between policemen and colleagues, policemen and suspects, psychiatrists and patients. Real and assumed identities. And this web takes the form of a Möbius strip. As psychiatrist Morland (Geoffrey McGivern) explains it to his patient Chris (Tom Meeten), it’s a strip of paper twisted then joined so that if an insect were to land upon it and walk its length, it would come to be on the other side from where it was previously without in any way crossing over from one side to the other. Proceed for the same distance in the same direction again, and it would be back where it started. As pictured here: 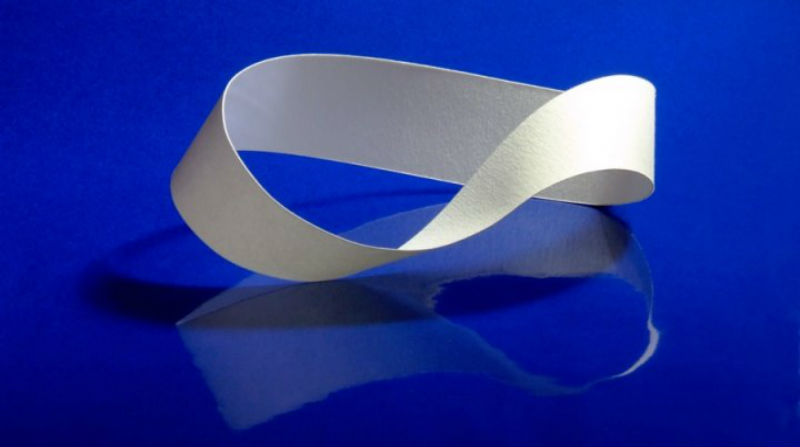 In his role as a policeman, Chris has driven down by night from Manchester to London in order to help to investigate an attempted double shooting. Lengthy discussions with colleagues Jim (Dan Renton Skinner) and Jim’s partner Kathleen (Alice Lowe) point to Coulson (Rufus Jones), Chris assumes the role of a man with mental health issues and takes up counselling sessions with psychiatrist Fisher (Niamh Cusack) so as to gain access to Coulson’s file at her office. She passes him on to another psychiatrist, the aforementioned Morland, who is currently counselling Coulson.

Morland talks to Chris at great length about various obsessions including a bottle “of which the outside is the inside” and explains the Möbius strip. Meanwhile, Chris has been following Coulson around the streets. Eventually Chris finds himself driving from Manchester to London again, traversing the Möbius strip, back where the film started. 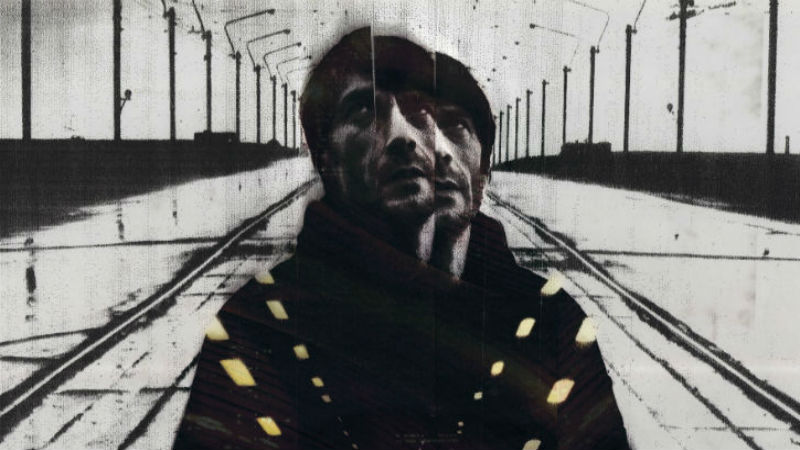 Like that other Möbius strip movie Lost Highway (David Lynch, 1997) this opens and closes with a point of view shot of a road from a car driving along it at night (those familiar with Lynch’s work will probably notice a resemblance between the road markings at the beginning of the 1997 film and the art work above). It has much in common too with B-movie thriller Shock Corridor (Sam Fuller, 1963) in which a Pulitzer-prize-hungry newspaper man goes undercover as an asylum inmate in order to solve a murder that has taken place there. While Shock Corridor plays out as a linear narrative, albeit one in which deluded characters occasionally shift into lucidity, The Ghoul constantly shifts in terms of the identities of its characters.

A number of questions are raised. Is Chris a cop or a loner with mental problems? Is Kathleen his superior on the force or the girl he’s fancied since his Manchester student days? Is Coulson the subject of an investigation or Chris’ best mate? These games the piece plays with its audience and the way it folds back upon itself are ultimately what make it worth seeing.

The Ghoul is out in cinemas across the UK on August 4th. It was made available on BFI Player the following month.